A diverse coalition have come together to create a plan they believe can continue protecting America’s Mustangs for years to come.

Free-roaming wild horse herds have long been emblematic of the American West. Though legislation has placed the animals under federal protection, finding the best way to keep them and their ranges healthy has been challenging.

Now, a diverse coalition of wild horse welfare advocates, ranching organizations, rangeland advocates and state governments have come together to create a plan they believe can promote the horses’ well-being for years to come. But not all wild horse advocates believe that the plan will benefit the animals in the long run.

The History of Mustang Management

The Roaming Wild Horse and Burro Act of 1971 protected wild horses and burros and placed them under the jurisdiction of the Bureau of Land Management (BLM). Today, more than 80,000 horses reside on Herd Management Areas (HMA) in 13 western states. Nearly 37,000 more roam 289,000 acres of grasslands in long-term pastures, and approximately 12,000 reside in short-term holding corrals.

With some herd sizes estimated to double every four years, some ranching and rangeland advocacy groups have argued that the growing sizes of on-the-range the Mustang herds compromise ranges by competing with domestic cattle, sheep and goats for resources on public grazing lands. 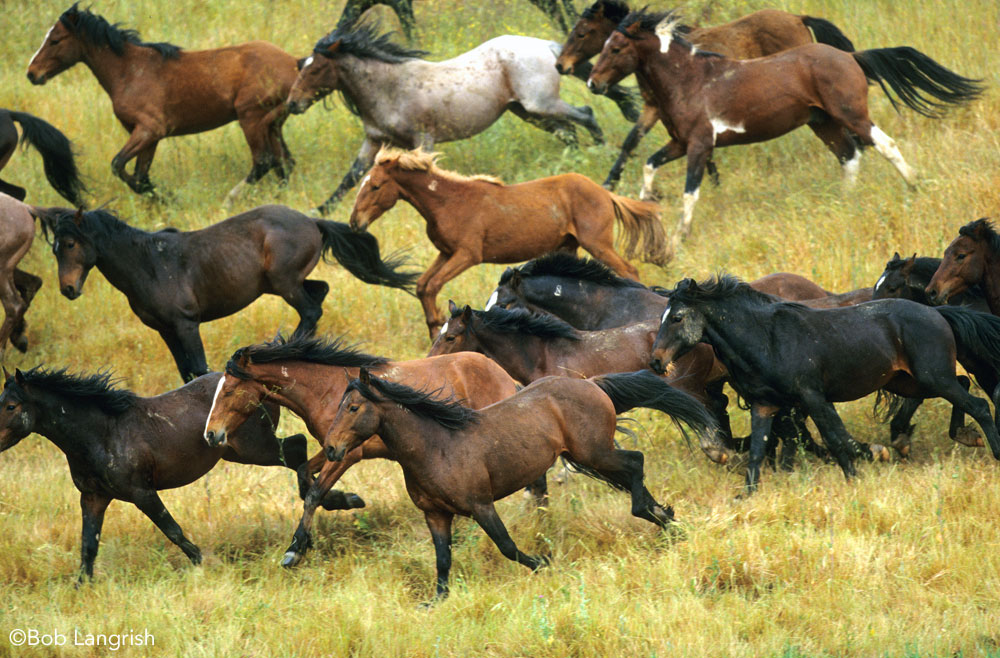 In response, the BLM and some welfare advocate organizations have investigated ways to control herd growth without allowing the BLM to sell gathered horses “without restriction”—that is, to buyers who would sell the animals for slaughter.

Population control measures have included the use of the contraceptive vaccine immunocontraceptive porcine zona pellucida (PZP). The BLM has also investigated surgical sterilization of mares.

Protecting The Mustangs: An Unlikely Alliance

In April, a diverse group that included the American Society for the Prevention of Cruelty to Animals (ASPCA), Return to Freedom wild horse sanctuary, the National Cattlemans Beef Association, Public Lands Council, the American Farm Bureau Federation, the Society for Range Management, and other diverse stakeholders announced their support for a “non-lethal” wild horse management plan to be proposed to the BLM.

The plan supports a “robust” fertility control program, including use of PZP to vaccinate 90 percent of wild mares; conducting “strategic gathers” that would target herds in highly populated HMAs in order to protect them from forage and water shortages; and relocating gathered horses and those residing in short-term holding facilities to long-term “humane pasture facilities.” 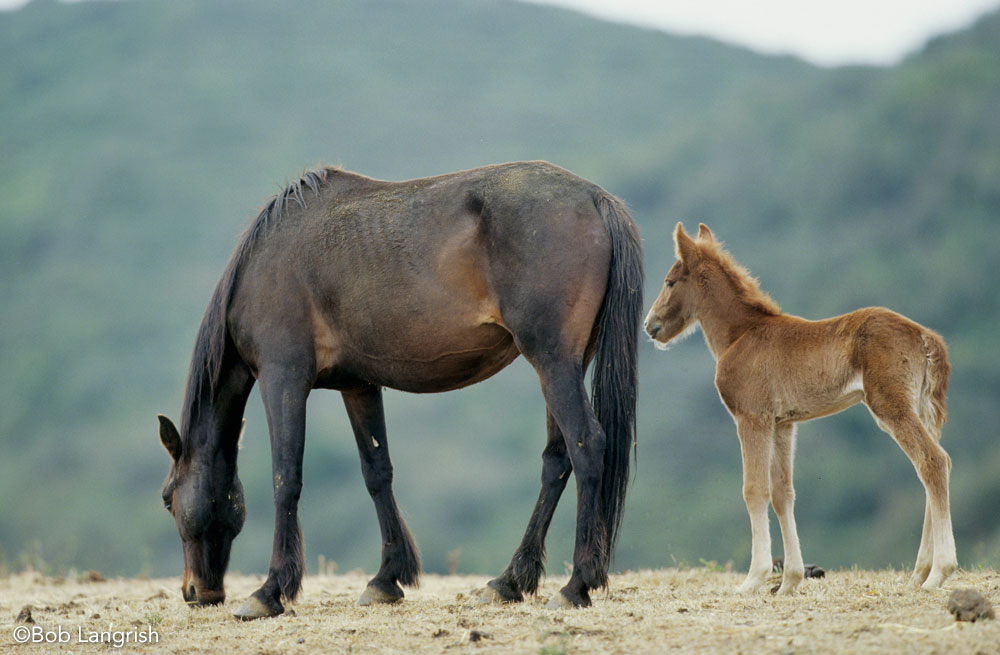 The plan also calls for increased adoptions to reduce the total cost of the BLM’s wild horse management program and redirecting funds to long-term strategies for the care and sustainability of horse and burro populations.

In the past, those who represent ranchers and range management groups were often at odds with wild horse advocates mainly because of the way the horses consumed rangeland resources.

That’s why support for the plan from those groups is significant, says Ryan Yates, Director of Congressional Relations for AFBF.

“Each of the stakeholders involved in this proposal had to set aside some long-held positions in order to reach this agreement,” Yates points out. “While it was difficult for us to cede some tools authorized by the Wild and Free-Roaming Horses and Burros Act including sale-without-restriction, we are hopeful that this good-faith effort will soon be rewarded with healthy populations range-wide.”

Protecting The Mustangs: Another Viewpoint

But not all wild horse advocates believe the proposed plan will fundamentally change the way wild herds are managed. Some argue that if implemented, the plan would result in more wild horse gathers and the total elimination of some herds. Others familiar with wild horse issues believe that the fertility control goals are too ambitious.

“They [the BLM] are vaccinating 1,000 mares a year and those are the ones they can get close to,” says Tom Lenz, DVM, MS, DACT, member of the BLM’s Wild Horse and Burro Advisory Committee. “The proposal is to vaccinate 90 percent of the mares, but some of those herds have never seen a person. How are you going to vaccinate them?”

“If [the plan] can accomplish all this, it would be wonderful,” says Lenz “But I’m skeptical; ultimately, this is an environmental issue.” 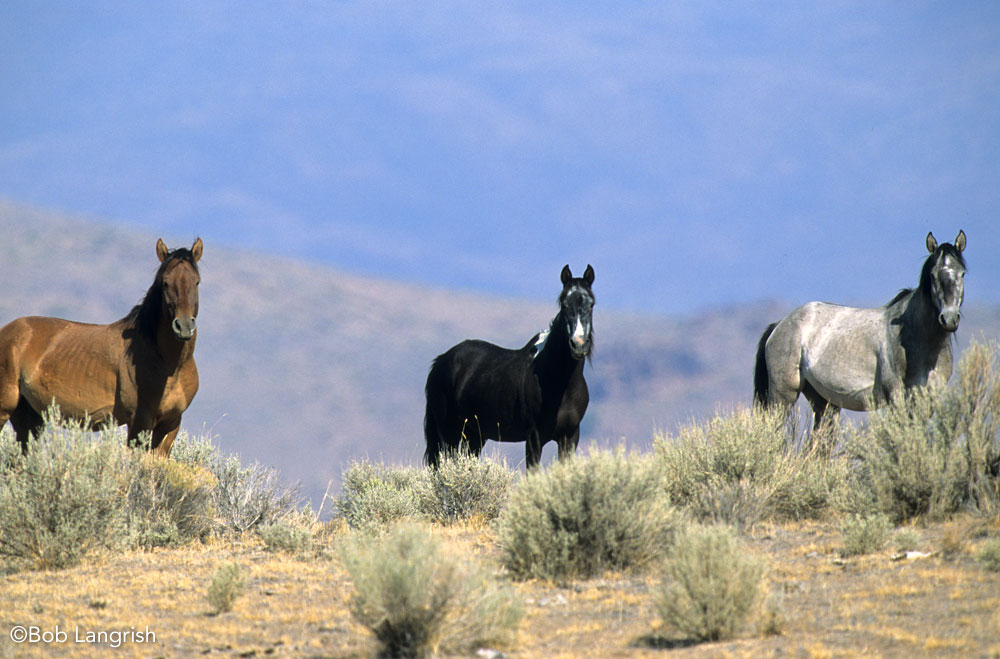 Meanwhile, BLM spokesman Derrick Henry says that the agency is committed to working with the public to identify strategies for managing both wild herds and rangeland resources.

“The BLM welcomes the input of long-standing partners, such as the Public Lands Council, the ASPCA, and others who care about the health of wild horses, burros and the range they share with hundreds of native wildlife species,” says Henry. “We look forward to thoroughly reviewing the proposed plan and reaching out to Congress to find consensus on how we can best preserve healthy wild horse and burro herds on healthy public rangelands for generations of Americans to come.”