When Jill Elbrecht became pregnant with her son Benjamin, she worried about how she would keep her mare Betsy in shape when she could no longer ride. This is how she started thinking about some alternatives to horse ownership.

“I didn’t want Betsy in her stall going stir-crazy, but I didn’t want to get into a lease agreement, and I could only afford to pay our trainer to ride her once a week,” says Elbrecht. “Fortunately, my trainer came up with a solution.” 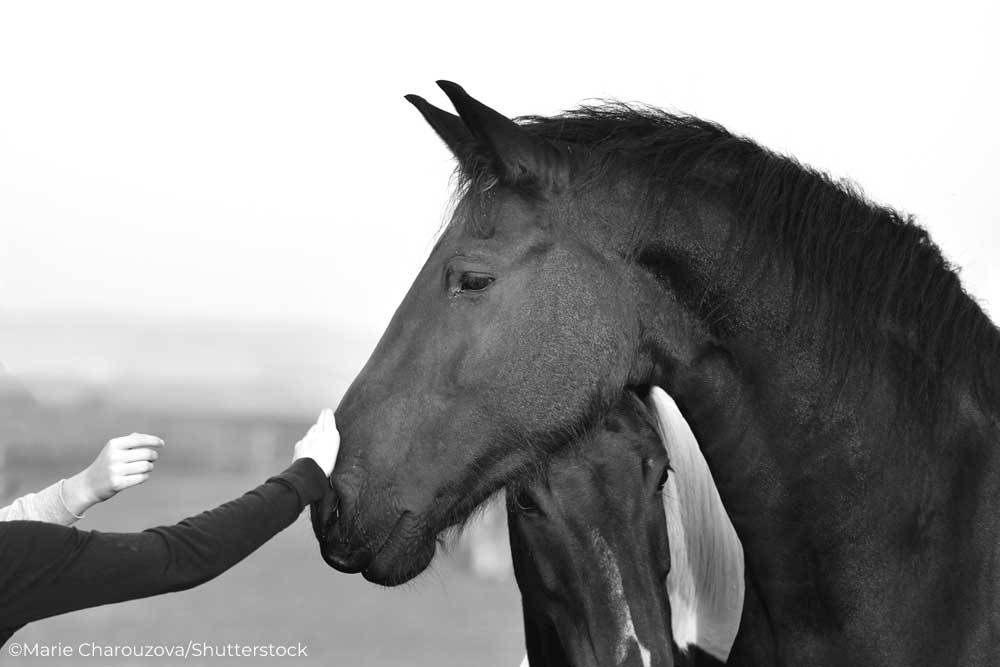 When she met Elbrecht’s trainer Clarissa Cupolo at Gemini Performance horses, Shanna Decker had spent her life around horses, but was not in a financial position to purchase one of her own. So Cupolo arranged for the pair to meet.

“I had already seen Shanna ride, and I knew that she was the caliber of rider that someone would pay to ride their horse,” says Cupolo. “I knew Betsy was the kind of horse people would pay to ride, so it was the perfect arrangement.”

Afterward, the women worked together on a fee-free agreement to share Betsy during Elbrecht’s pregnancy. Details included how often Decker would ride the horse, goals for training, and general horse-handling technique.

“We wanted to be on the same page about everything,” says Decker. “Also, we wanted to be [at the riding sessions] together as much as possible.”

Finally, they agreed that Decker would ride Betsy between two and three times each week, and would keep Elbrecht informed of Betsy’s performance even when she couldn’t be there to observe the riding sessions personally. This became a wonderful alternative.

“She would text me and tell me how the ride went that day,” Elbrecht says. “It was a blessing—after all, Betsy is my baby, too.”

The collaboration between the women is one example of the creative ways people are finding to bring horses into their lives by sharing them, according to Emily Weiss, Ph.D., vice president of Equine Welfare for the American Society for the Prevention of Cruelty to Animals (ASPCA).

“There are all kind of ways people can connect with horses, ranging from volunteering at horse-related nonprofits to co-ownership,” says Weiss. “It all depends on what works best for you.”

“There are all kind of ways people can connect with horses, ranging from volunteering at horse-related nonprofits to co-ownership. It all depends on what works best for you.”

Co-ownership as an alternative frequently works well for prospective owners who want to bring a horse into their lives while reducing high horse care costs. Under some agreements, all participants own the horse equally, and the costs of board veterinary and farrier care and training are split equally among the co-owners. Under others, there is one legal owner of the horse, but co-owners share horse care costs. In all cases, co-owners agree to a specific riding schedule, training goals and horse-handling technique.

Such an alternative can include a legal document that spells out parameters of the agreement. But even if it doesn’t, everyone involved in the arrangement must agree on its terms.

“All [involved in this arrangement must] have a strong dedication to the arrangement, and have agreed to the relationship,” says Weiss. “In many cases, this kind of agreement starts with friendship; it’s not something you would do with someone that you don’t know.”

Horse enthusiasts who need a more flexible alternative to horse ownership can bring horses into their lives by taking lessons with a local trainer. This option allows a rider to pay an hourly fee for the trainer’s time as many times a week as the trainer and the student choose. In addition, some barn operators offer part-lease arrangements that allow students to ride a specific number of days per week, and to take their lessons on the same horse each time.

As an advantage of a partial lesson lease, students can discuss and set performance goals with the trainer. Then there are also the physical and mental benefits of having that connection with a special horse and spending time at the barn. 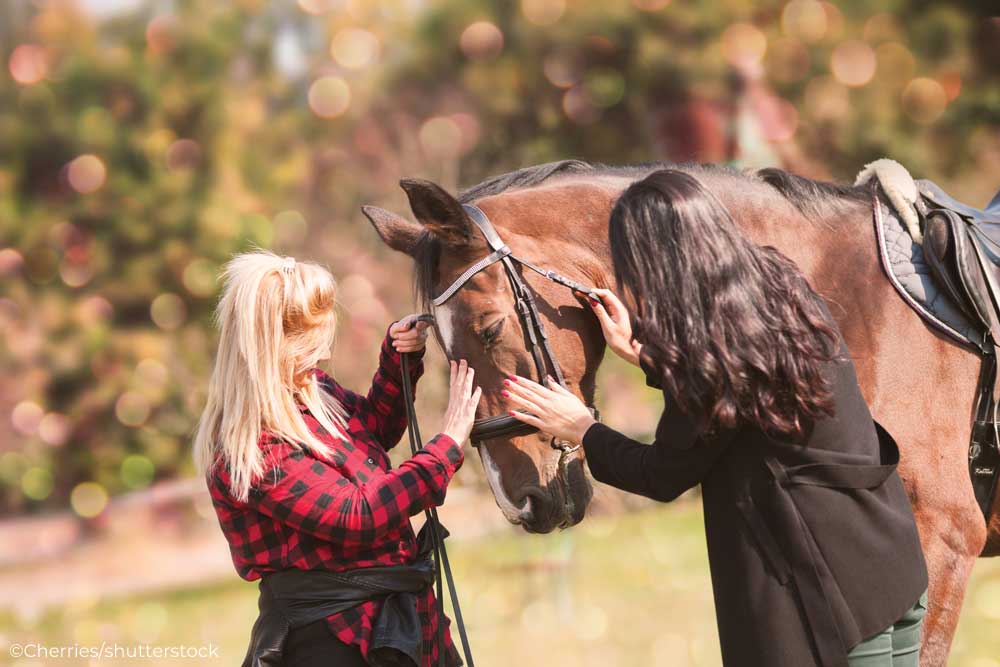 That was exactly the case for Victoria Brandt, who struck up a special relationship with Roo, a senior horse at La Petite Cheval. An equestrian all her life, Brandt never owned her own horse, but satisfied her passion for horses by riding and showing equines that belonged to others.

She first met Roo, now 31, while taking lessons with Breier. These days when she’s not riding him, she grooms and bathes him or just spends time with him at the barn.

“When Roo was young, everyone wanted to ride him because he was so big and impressive,” Brandt says. “But now he’s an old gentleman and he does not get all that attention.”

So Brandt, who has some physical limitations, rides Roo when she’s able, and spends time with him on days that she doesn’t.

“Riding was my passion when I was young,” says Brandt. “Now riding and hanging out at the barn is good for my psyche and my body.”

Meanwhile, horses in rescue organizations derive similar benefits from volunteers who work with them while supporting the non-profit organizations where they reside, says Weiss.

“Volunteers muck stalls, groom, work with the horses or just sit with the horses and read a book,” she says. “In the end, you get the satisfaction of seeing a horse move on to a new life.”

In the nearly 10 years she has been a volunteer at the Red Bucket Equine Rescue in Southern California, Jenon Mathes has seen that happen time after time. Having owned a horse as a child, Mathes grew away from equestrian sports when she became busy with other pursuits and started raising a family. But when a newspaper advertisement made her aware of volunteer opportunities at Red Bucket, she decided to get involved with horses again. Volunteering also creates an amazing alternative if someone is not ready for horse ownership.

“Volunteering requires a commitment, but just being in the barn—smelling that smell—brings you back to life,” says Mathes.

It also prepares the horses for new lives of their own, says Barb Alesi, a volunteer at the Equine Rescue and Adoption Foundation in Florida. In addition to helping with horse care and other tasks, some volunteers at the foundation keep horses fit by riding them regularly.

“We have a pair of trainers who are in charge of retraining the horses, but we also have a group of volunteers who ride the horses to them keep them in shape and fresh in their training,” says Alesi.

That group of volunteers, all of whom are experienced riders, school the horses in the arena and take them on trails on the farm property.

“You just can’t put horses in a stall or out in the paddock—they get bored and they can get frustrated,” Alesi points out. “Horses need a job, too.”

That’s exactly what Elbrecht and Decker gave Betsy when they struck their agreement. But their relationship didn’t end when Elbrecht’s now 10-month-old son was born. These days, the women meet at the barn regularly for “Barbie days” to groom and bathe Betsy. They share riding duty too, but more importantly, they have become fast friends.

“I think Jill [Elbrecht] will be in my life forever,” Decker says. “That’s very significant.”

How to Be a Savvy Horse Shopper