We’ve rounded up the best books for horse-crazy kids. Here’s our list of horse fiction favorites.

This ultimate classic, published in 1877, is told through the horse’s point of view and teaches empathy for working horses.

2. Misty of Chincoteague by Marguerite Henry

We love every book by Marguerite Henry and think you will too, but the story of Misty is probably her most famous.

3. The Black Stallion by Walter Farley

The Black Stallion (book 1) tells the tale of young Alec Ramsay’s shipwreck and subsequent bonding with The Black, an Arabian stallion too wild to be handled. Other books in the series are about The Black’s racing rivals and offspring.

Billy receives a pony named Blaze for his birthday in this 1930s classic for younger readers. The series follows their adventures together.

5. My Friend Flicka by Mary O’Hara

Ken McLaughlin and a wild filly, Flicka, grow up together on a Wyoming ranch.

Read the horse book that inspired the classic movie for kids and adults, telling the story of 14-year-old Velvet Brown, who trains her horse The Pie to race in the Grand National steeplechase.

Meet Sasha Silver and the students at Canterwood Crest Academy, an elite school with a highly competitive equestrian program.

8. The Saddle Club by Bonnie Bryant

The Saddle Club friends are growing up in this spinoff series. High-school life comes with its challenges, and some more suspenseful situations.

In book 1, Keeping Secrets, 14-year-old Kate McGregor has banished horses and riding from her life after a tragic accident. But her new summer job helping Holly Chapman, a former riding star who’s now confined to a wheelchair, takes her back to the barn.

Abby Lovitt trains horses to be sold on her family’s California ranch. Her dad warns her not to get too attached, but some horses are special! Others come with a bit of a mystery.

Set in England, this series features the horsey mystery adventures of Issie and her Pony Club friends.

Twelve-year-old Winnie Willis has a way with horses. She can gentle the wildest mare, but other parts of her life don’t always come as easily.

Follow the adventures of an aspiring show jumper in this series. Start with Secret Rider (book 1): Horses are considered a bad word in 13-year-old Emily Dickenson’s house. Her mother is terrified of them. Her dad left because of them. And all Emily wants is to ride them.

From Your Fave Horsey Shows

16. Free Rein No.1: The Steeplechase Secret by Jeanette Lane

From the Netflix original series, Free Rein, California girl Zoe is finally getting the hang of life at Bright Field Stables in England. But something strange is going on at the new steeplechase racetrack, and Zoe and her friends can’t help investigating.

Get to know PALs Lucky, Pru and Abigail from the DreamWorks Spirit Riding Free original Netflix series, which is even better with this new series written in diary format.

The story of a girl and a wild horse, equally out of place in a strange, new world, but equally fierce and brave. This original novel takes you deeper into the world of the hit DreamWorks animation series.

19. Snowman: The True Story of a Champion by Catherine Hapka & Rutherford Montgomery

A former plow horse is rescued from an auction and rises to show jumping fame.

A fictional biography of the most famous Thoroughbred racehorse in history.

A champion American Paint Horse lost and injured during Hurricane Katrina recovers to return to the show ring.

For lovers of horses and history! Stories are told from the horse’s point of view, featuring different breeds. The latest release features Penny the palomino Paint mare and is set during the California gold rush of 1850.

Joey, a farm horse, is sold to the army during World War I. Read about the hardships he experiences, and find out if he is reunited with Albert, the boy who trained him.

After her grandmother has a stroke, Maya, an orphan, goes to live with her mother’s family on a Wyoming ranch, where she discovers a love of horses and bonds with a wild mare her mother once rode.

Ginny has always dreamed of having her very own pony, so when her parents agree to lease a pony for the summer, she’s thrilled. But when Mokey arrives, she is not at all what Ginny had in mind. Can Ginny still have the summer of her dreams?

Let us know which horse books are YOUR favorites at editor@youngrider.com, either from this list or others we might have missed. (We didn’t include anything that’s out of print because we wanted titles that would be easy for everyone to find and read.)

This article on the best horse books for kids originally appeared in the September/October 2019 issue of Young Rider magazine. Click here to subscribe! 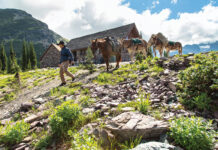 A Season of Thankfulness for Horses