In certain parts of the U.S., particularly the western states, drought often causes a hay shortage, or at the very least has a huge impact on horse owners’ wallets as demand for short supply escalates hay prices. Are there fiber-based products you can use to supplement hay? 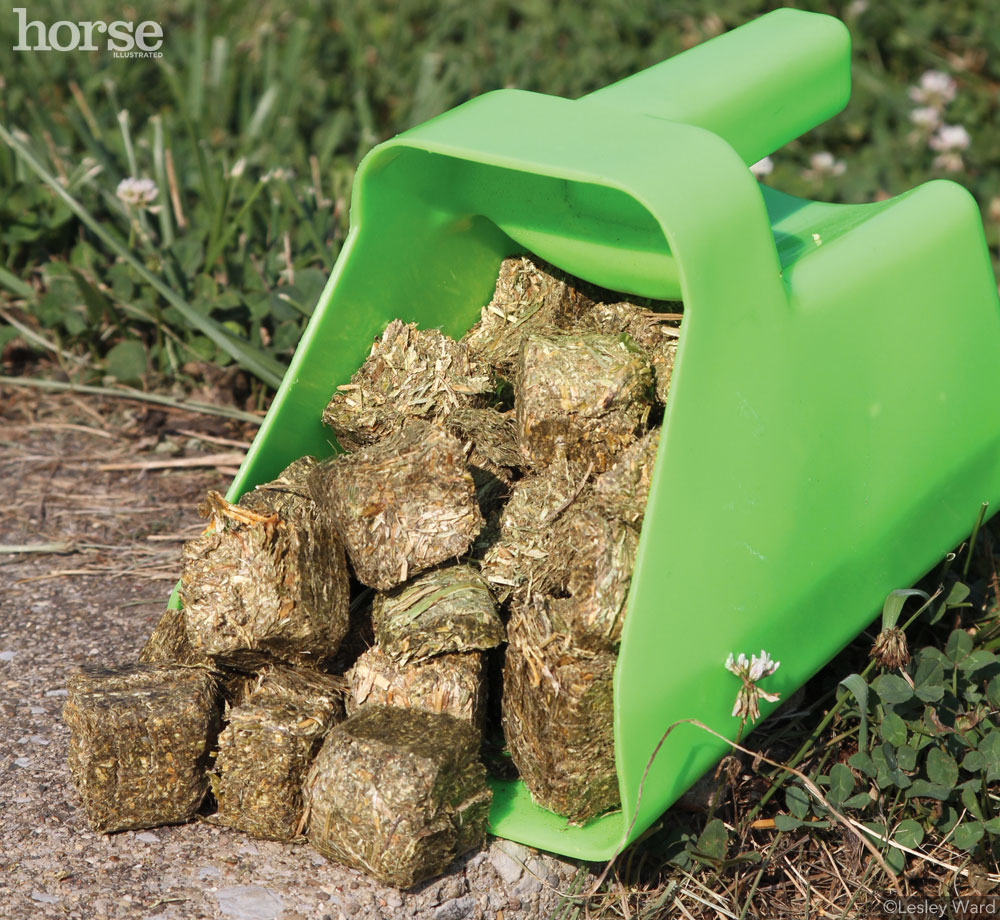 The key is to use these alternative fiber substances as supplements to stretch existing hay sources when there is a shortage, and not as complete substitutes.

With some common sense and creativity, you can find ways to feed your horse more in keeping with his natural tendencies. The ability to eat small, intermittent meals throughout the day will also work wonders on your horse’s mental health and behavior. These suggestions are starting points, which can be fine-tuned for your individual horse’s needs.

The Scoop on Senior Horse Nutrition