Home Horse Breeds A Fitting Tribute to the Arabian Horse

The rich heritage and the Arabian horse’s incredible influence have been celebrated in a comprehensive exhibit at the Kentucky Horse Park in Lexington, Ky. The Al-Marah Arabian Horse Galleries is a permanent two-story exhibit that opened at the International Museum of the Horse last summer. 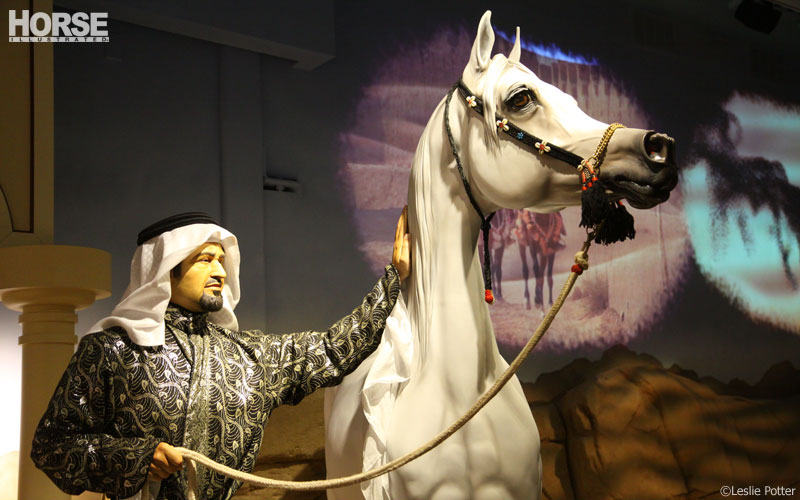 “Our idea was to expose the Arabian horse to the greatest number of people in a setting that allowed folks to take their time and learn about the breed,” says Bob Fauls, chairman of the Purebred Arabian Trust and an executive committee member of the World Arabian Horse Organization. “We wanted to show the history of the Arabian horse. You can go to a library and read, but to have an interactive environment where you can see, touch and hear, you are in contact with more sensory perception areas than just a one-dimensional view.”

A $10 million exhibit established by the Purebred Arabian Trust, the Galleries’ highest private donation came from longtime Arabian breeder and promoter Bazy Tankersley (who owns the Galleries’ namesake, Al-Marah Arabian Horses in Arizona). The Galleries feature art, artifacts and interactive exhibits that guide visitors through the history of the breed from ancient Arabia to today.

“The Al-Marah Arabian Horse Galleries exhibit is a treasure trove of sights, sounds and stories of the Arabian horse,” says Meyer. “The Arabian horse’s story is told through life-sized sculptures, video, photos, audio and interactive exhibits. You can pick a [virtual] horse [avatar] to travel through the museum with you via a series of kiosks that will enhance the museum experience—it’s particularly for children, but the adults seem to enjoy it just as much.” 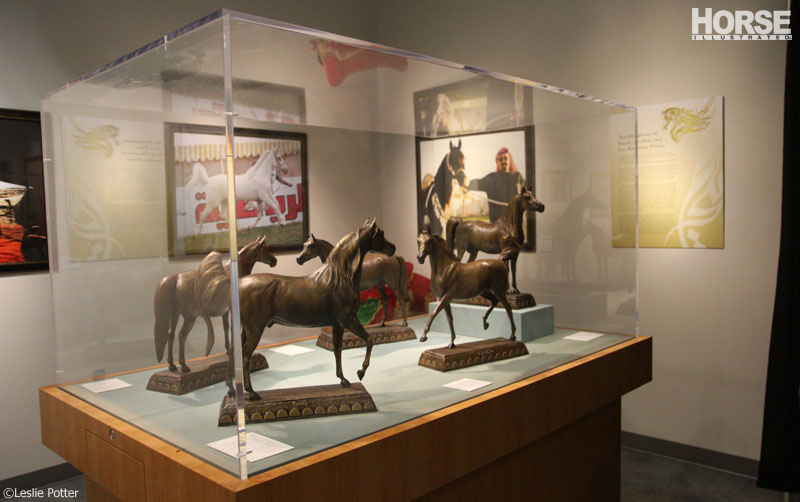 Fauls says the International Museum of the Horse was the perfect site for the Arabian Galleries because of its location at the center of the horse industry: Lexington is called the “Horse Capital of the World.”

While the Galleries are focused on the Arabian horse, they are not simply an American representation of the breed, says Fauls.

“The Arabian Galleries museum is specific to the Arabian breed, but it doesn’t tout the Arabian in America over the Arabian in Europe or the Middle East,” explains Fauls. “I was glad to hear that one of my fellow members [of the World Arabian Horse Organization] said that they aren’t the American, European or Middle Eastern Arabian horse galleries; they’re for the entire world.”

“It is not a typical artifact-driven exhibit, and people seem to just love it,” Meyer adds. She says there are plans to enhance some of the displays and periodically refresh them to keep the exhibit exciting for visitors.

Back to A Brief History of the Arabian Horse >>

View a slideshow of the Al-Marah Arabian Horse Galleries >>

Senior Associate Editor Kim Klimek has had a lifelong love of horses and appreciates the beauty and unique qualities of all breeds.

Fifteen years of research on donkeys finds many worthy attributes