Horses on the Iberian Peninsula, which today includes Spain and Portugal, were simply called Iberian Horses in 1578 when Portugal was annexed to Spain and all the horses on the Peninsula were considered Spanish. The traditional uses of Iberian breeds were for dressage displays, cavalry and bullfighting. 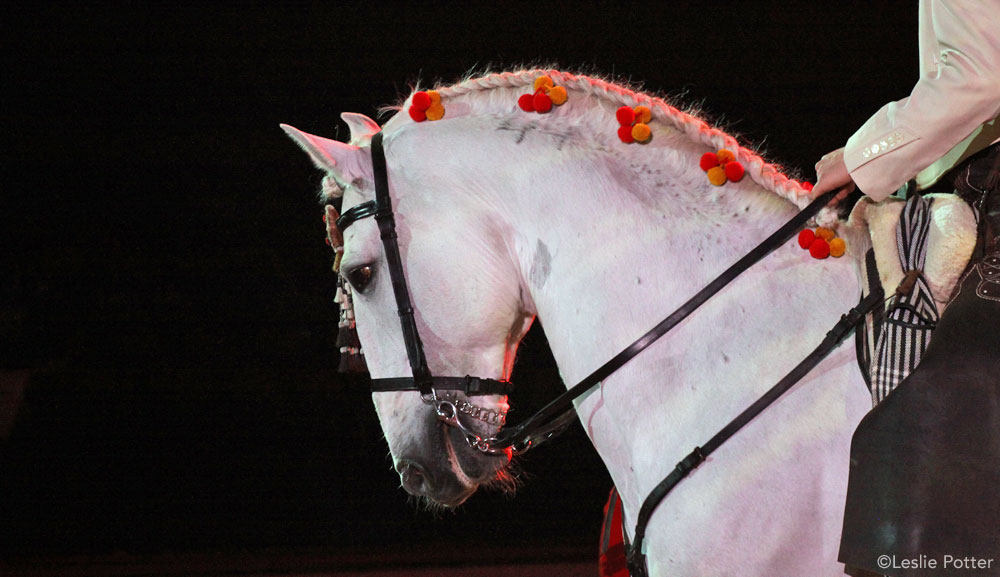 Although the Lusitano, Andalusian and PRE are historically the same breed, issues between Spain and Portugal have separated them. In 1954, breeders in both Spain and Portugal attempted to bring the breeds together into one studbook, but a common name could not be agreed upon and Iberian studbooks were never united. However, the breeds share many characteristics with differences stemming from lineage or usage only. Although each country may have appreciated and bred horses with certain attributes and bloodlines, Iberian horses were interbred between both countries so it can be difficult to tell by sight whether a horse is of Portuguese or Spanish descent.

Are the Andalusian and PRE the same breed? Some say yes, some say no. Although the two share the same ancestry, Spaniards would say no. This is mainly because the Spanish registry, managed by the ANCCE (Asociación Nacional de Criadores de Caballos de Pura Raza Española), has maintained strict breed standards for Spanish horses by implementing a revision process when a horse is over 3 years of age in order for it to be listed in the studbook.

“Horses are named Andalusians in the United States because of their origin in Spain,” says Christina Cardenas, an active member in the International Andalusian & Lusitano Horse Association (IALHA) and former youth director for the Foundation for the Pure Spanish Horse. “Many consider the Andalusian and PRE to be exactly the same; however, revisions were not implemented in the U.S.-bred horses simply because of logistical difficulty and expense,” she says. “So, the IALHA formed, naming the the PRE horse an Andalusian. This is also why many people feel there is a distinct difference between the PRE and the Andalusian due to the evolution of non-revised animals.”

The difference between an Andalusian and a PRE (Pure Spanish Horse) is one that confuses many people, says Barb Clark, executive director of the Foundation for the Pure Spanish Horse in Albuquerque, N.M. “The Pure Spanish Horse is a breed that was formalized in 1567 by King Felipe of Spain and has been in existence from that time on. Originally, the major breeders in Spain came from Andalucía. In 1911, when the national studbook was formed, the correct name was decided to be Pura Raza Española,” she says.

“In North America, the International Andalusian and Lusitano Horse Association registers horses from either U.S. or European heritage, noting the specific lineage on the registration papers,” says Julie Alonzo, Ph.D., president of the IALHA.

Portugal received its independence from Spain in 1640 after the Portuguese Restoration War. When the Portuguese royal family was ousted in the early 20th century, the government took control of the Royal Stud of Alter de Chao and began to indiscriminately breed the horses. In the 1940s, breeders sought to find horses with original Alter Real blood from the Royal Stud to rebuild Portuguese bloodlines. These horses were to be used for traditional pursuits, such as ranching and bullfighting, so they retained much of their original Iberian features, such as the dun coloring and straighter profile. In 1960 the official name of the horse in Portugal became Puro Sangue Lusitano, after the Roman name for the region that is now Portugal. “In Portugal, Lusitanos are still king of the bullring, where their athleticism can literally be a matter of life or death,” says Alonzo.

Andalusian and PRE horses are renowned for their athleticism and dramatic movement. They have a short back; high-set, arched neck; and rounded profile with a natural ability for collection. Long, flowing manes and tails, a deep barrel and substantial bone contribute to the picture of strength and nobility. Andalusian and PRE horses have a straighter profile and more refined hindquarters than the Lusitano and move with more action in the trot. The Andalusian and PRE are intelligent, kind and particularly people-oriented. In addition to dressage, the breed makes a very good saddle seat horse and is an excellent jumper. They are also good carriage horses.

Colors: Most are gray; less common are bay, dun, palomino and black.

Associations: The Foundation for the Pure Spanish Horse, www.prehorse.org; 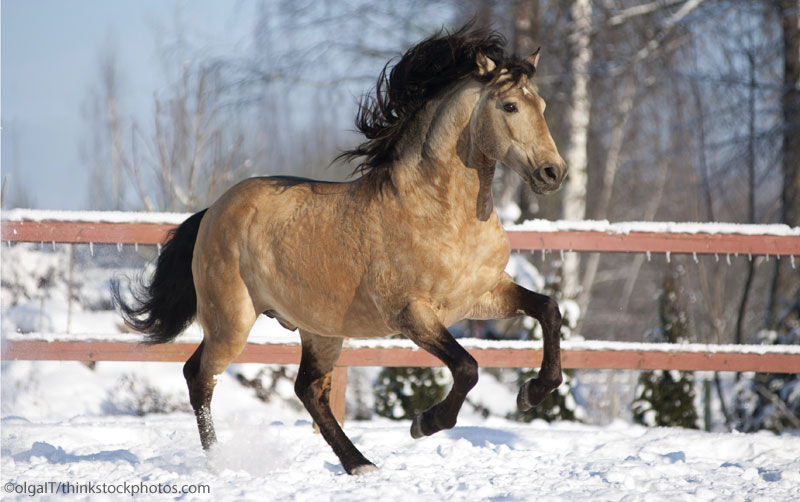 The spirited Lusitano possesses stronger and more muscular hindquarters than the Andalusian and PRE. Because of its traditional use in bullfighting, the Lusitano is athletic and energetic and tends to have an excellent canter. The bullfighting use emphasized strong hindquarters needed for quick turns and bursts of speed. Those hindquarters translate well into the dressage arena, creating a horse that is easily able to use his haunches and collect his gaits for upper-level work. Lusitanos are also used for traditional ranch work and are beginning to compete in cutting and western pleasure.

Colors: All solid colors; most common are gray and bay. Also seen are black, dun, chestnut, palomino, cremello and perlino.