Perhaps you’ve met a few gaited horses out on trail and watched them blaze by as their riders sat easily in the saddle. Or maybe you’ve considered going gaited yourself but wondered how the transition would be, or which gaited horse is right for you. If so, read on to discover why so many people have gone gaited, how to make a smooth transition into the world of naturally gaited horses.

While most gaited horses can also perform a walk, trot and canter, it’s their distinctive gaits that set each breed apart. 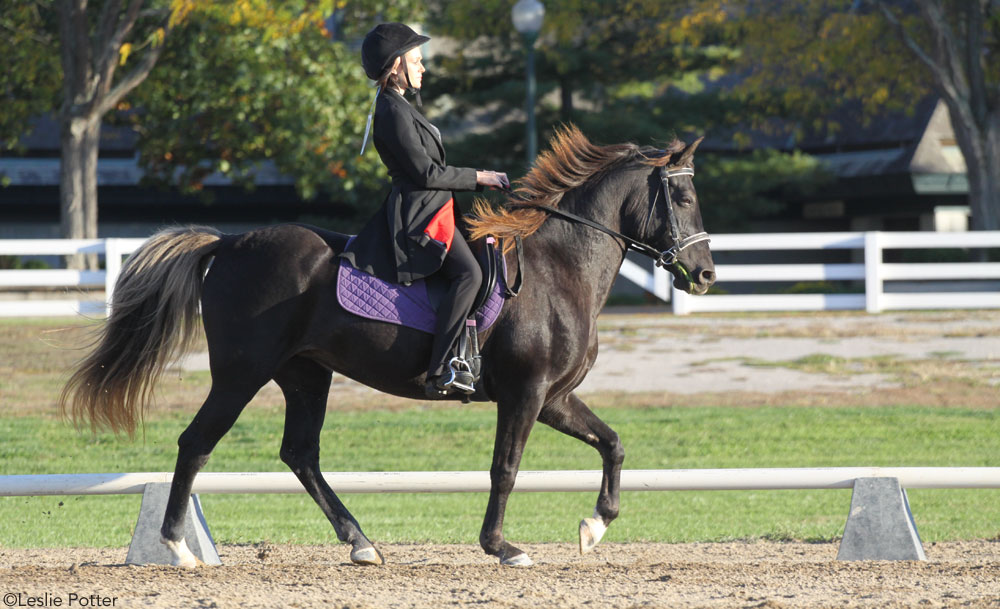 “I always say their gaits are like riding in a Cadillac; There’s no bouncing, and it’s smooth as glass,” says Suzanne Donaldson, executive director of the Rocky Mountain Horse Association. “The lateral gait is called the Rocky Mountain four-beat gait. It’s almost like a rocking chair—it’s back and forth. In the show-ring, there’s a show walk, a show gait and a Rocky Mountain pleasure gait, which is a faster version.” 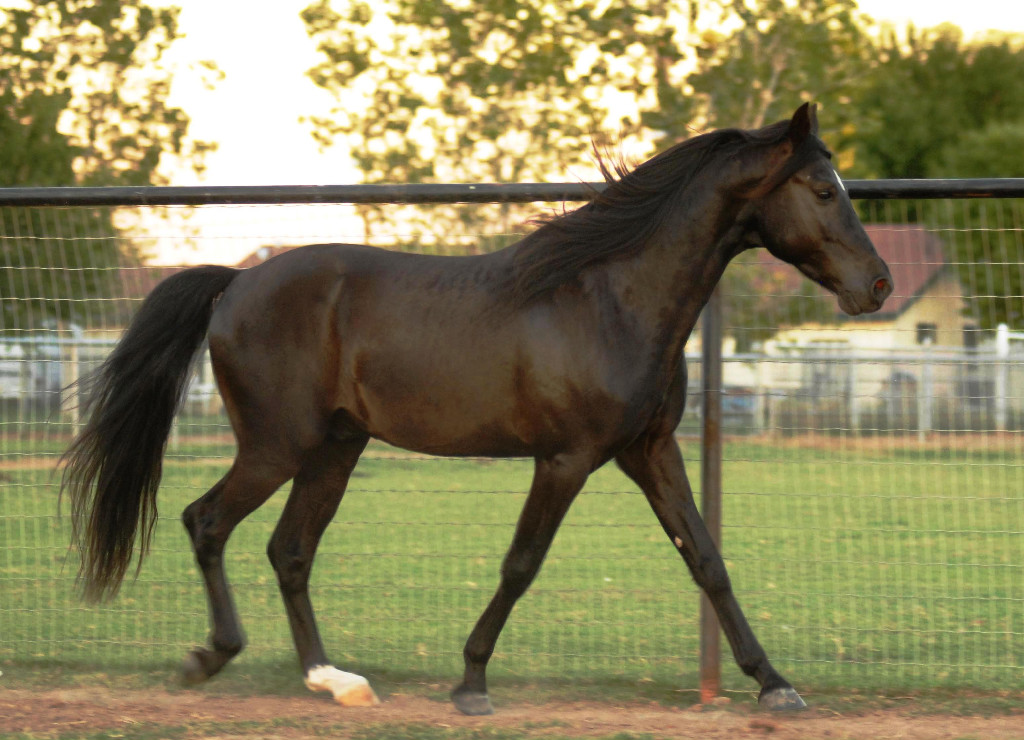 Hoof it with a Missouri Fox Trotter

“The Fox Trotter has a four-beat diagonal gait,” explains Joyce Graening, president of the Missouri Fox Trotting Horse Breed Association. “Our walk is a diagonal flat-foot walk. Our fox trot is just a little faster than the flat-foot walk,” she says of the ambling four-beat broken gait. “We use the phrase ‘a hunk of meat and two potatoes’—that’s the beat of the fox trot. What makes our fox trot so smooth is there’s always a foot on the ground.” This also makes them sure-footed, Graening says. “The only movement you should get in a fox trot is a little rocking back and forth in your saddle.” 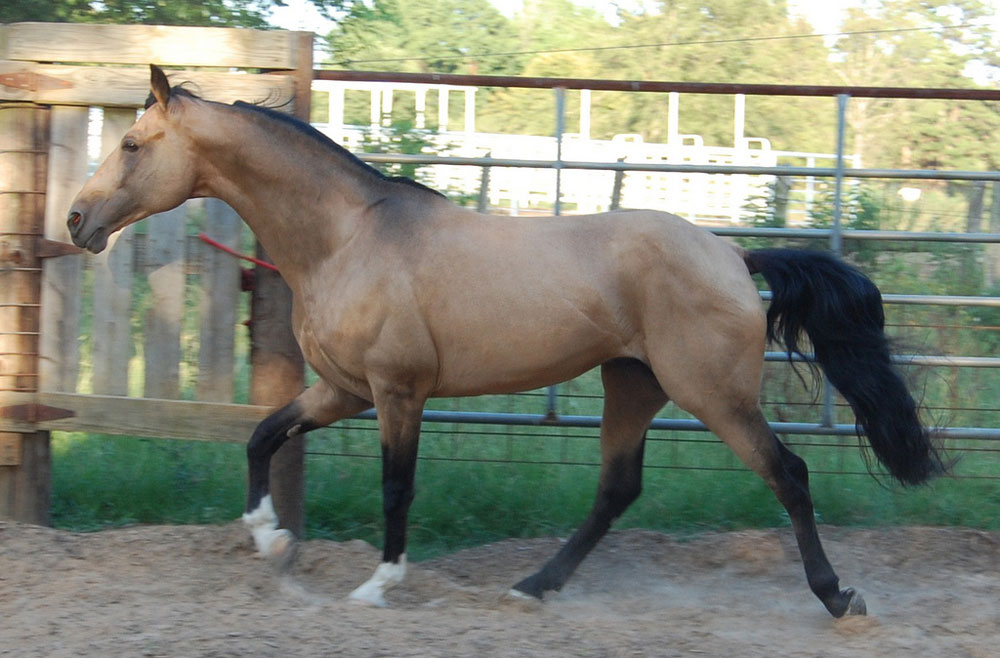 Judge’s Criminal Justice Walking by Mary B on flickr.com/CC BY-ND 2.0

Get to Know the Tennessee Walking Horse

“There are two main gaits that the Tennessee Walking Horse is known for: the flat walk and the running walk,” says Mary Marshall, office manager for the National Walking Horse Association (NWHA). The main difference between the two gaits is the speed. “The flat walk is a brisk, long-reaching walk that can cover 4 to 8 mph. It’s a four-cornered gait, with each of the horse’s feet hitting the ground separately at even intervals. The running walk is a smooth, gliding gait that’s faster than the flat walk.” Tennessee Walking Horses will nod their head in rhythm to the stride. 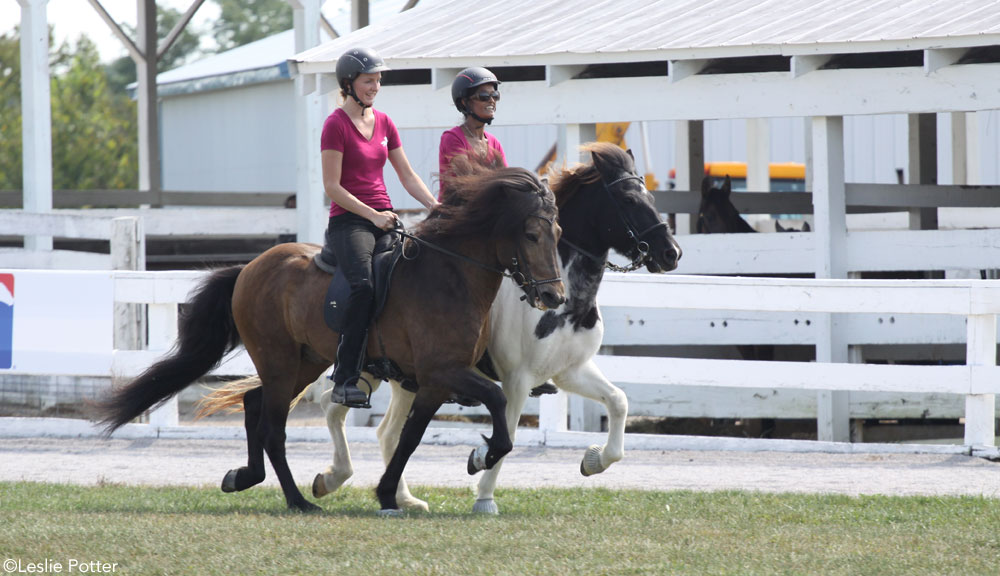 “The smoothness is really appealing, but it’s the fact that the Icelandic Horse’s tölt—a racking gait—is extremely energetic back and forth; it’s just unbelievable to ride,” says Anne Elwell, a board member of the U.S. Icelandic Horse Congress, adding that some Icelandics can also perform a flying pace, which is a racing gait. Elwell says they’re extremely sure-footed and played a critical role in settling Iceland and carrying travelers across the dangerous terrain.

“The primary thing that sets Peruvian Horses apart is the uniqueness of their very smooth gait,” says Danell Adams, president of the North American Peruvian Horse Association. Peruvians perform a lateral, four-beat gait in distinct variations. The paso llano is slower with four even beats, and the sobreandando is a faster four-beat gait. In their smooth gaits, they demonstrate “termino,” an outward swinging leg action from the shoulder in which the front lower legs roll to the outside during the stride forward. 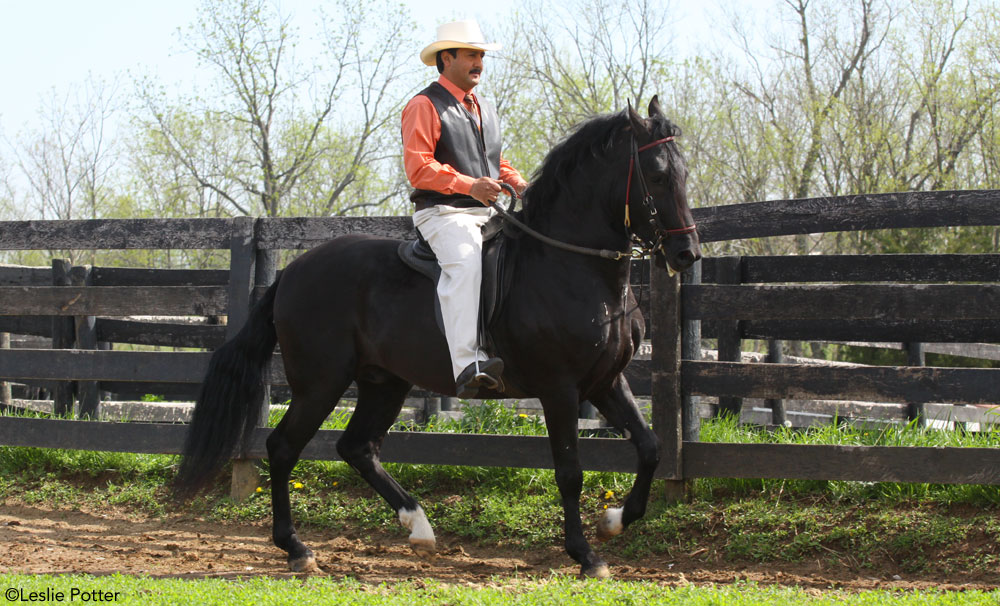 Step Out with a Paso Fino

“There are three different speeds: classic fino, paso corto and paso largo. Some Paso Finos have been clocked at up to 25 mph at a largo,” adds PFHA Marketing Chair Janice Meyer. “All of these speeds of the Paso Fino gait offer a very smooth ride.”

Last but not least, gaited horse representatives want the world to know that their gaits are natural, and foals will often gait alongside their mothers at very early ages.

While the equitation skills you’ve learned on non-gaited horses will transfer easily over to gaited horses, there are some adjustments you’ll need to make. For example, Graening says Missouri Fox Trotters have a much different head position than, say, a Quarter Horse doing western pleasure. “Fox Trotters have a natural head animation. The head bobs in rhythm. It’s a normal thing they should do.”

Of course, there’s no need to post when a horse is gaiting. “Sitting the gaits, you’re working with your hips in a much more relaxed form,” says Donaldson.

In addition, Walker says most Paso Finos respond to very subtle cues. “You ride with very mild contact and without the strong leg required on many other breeds.”

Elwell agrees, “You really just have to touch an Icelandic, and it will move and pick up speed. They will also [transition] down in the same way. They’re very, very responsive. It’s surprising to people who aren’t used to it.”

She says riders will also need to get use to the feeling of the tölt. “In the beginning, when a horse starts to tölt, a lot of new riders will instinctively correct it to a trot.”

Elwell says that rotation of the pelvis is very important in cueing the tölt. Riders bring their stomach in and their back out.
While the gaits are natural, proper training and conditioning is key, as with any breed.

“The Paso Fino is bred for the gait,” Pistolis says. “You can help the horse to be supple, balanced, fit and confident so he can perform his gait at his best, but a well-bred horse will exhibit his gait very naturally and comfortably every time you sit on his back.”

Marshall says it’s also important to understand the gaits—their rhythm, footfall and what’s desirable, such as the head nod in Tennessee Walking Horses.

Because many gaited horses perform their gaits at a much faster speed than a non-gaited walk, it can be difficult to ride gaited horses on trail with non-gaited horses. “Our neighbors have Quarter Horses, and you really can’t ride with them because there’s no way the two can go at the same speed,” Graening says.
But getting used to the smooth ride of a gaited horse is easy. “Riders will be amazed at how gentle the Paso Fino’s particular gait is on the human body,” Pistolis says.

Graening says Missouri Fox Trotters are often used for therapeutic riding and for amputees because of their smooth gaits.

“We see a lot of older riders coming to the Rocky Mountain Horse,” Donaldson says. “They may have back issues or not be as limber as they used to be. With the lateral, four-beat gait being so smooth, it’s easier on their backs.” She adds that the compact nature of the horse is also appealing.

Interested in going gaited? Adams suggests you give it a try. As she says, “You have to ride one to really know.”