The Friesian is one of Europe’s oldest breeds and gets its name from the Friesland region in the north of the Netherlands. The breed almost became extinct worldwide during the turn of the 20th century, as many Friesians were crossed to other breeds to create a faster horse for trotting races. In fact, only three purebred stallions were left.

While World War II very nearly destroyed other breeds, it actually brought the Friesian back from the brink of extinction. Due to the fuel shortages, Dutch farmers turned to horses for transportation and fieldwork. The Friesian is one of the best carriage horses in the world. Today the breed is an accomplished dressage horse. 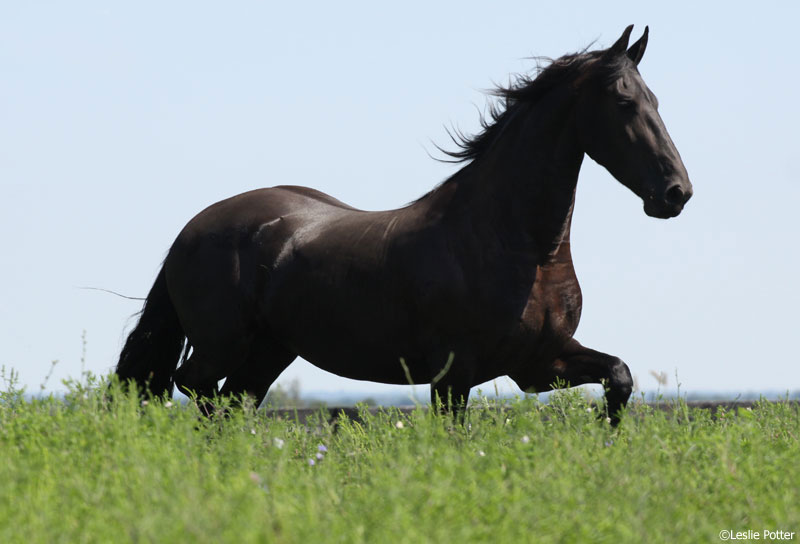 The Friesian stands 14.3 to 16 hands high. Only black horses are registered, but the color can range from black/bay, dark brown or true black. The only white allowed is a small star. The arched topline of the Friesian is the hallmark of the breed’s conformation. The Friesian’s head is rather expressive and well-sculpted with tiny elegant ears.