Although the National Show Horse has existed as a Half-Arabian show horse for many years, it became a breed officially in 1982. By crossing the Arabian with the Saddlebred the resulting offspring carries the best aspects of both breeds. 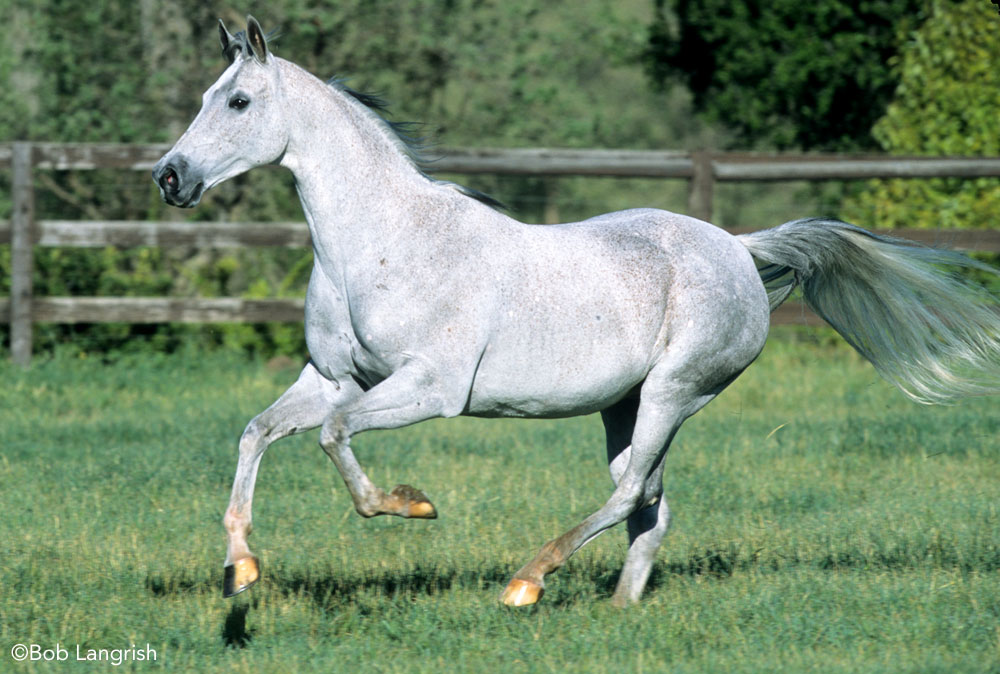 Originally, National Show Horses were required to have Arabian, American Saddlebred or National Show Horse parentage. Since 2011, however, the NSH Registry accepts any breed crossed with an Arabian as long as the resulting offspring possess a minimum of 50 percent Arabian blood.

The National Show Horse is bred to excel in all horse show disciplines, including fine harness, saddle seat, halter, side saddle and other western and English pursuits.

The National Show Horse must possess the refined beauty of the Arabian with the animated movement of the Saddlebred. 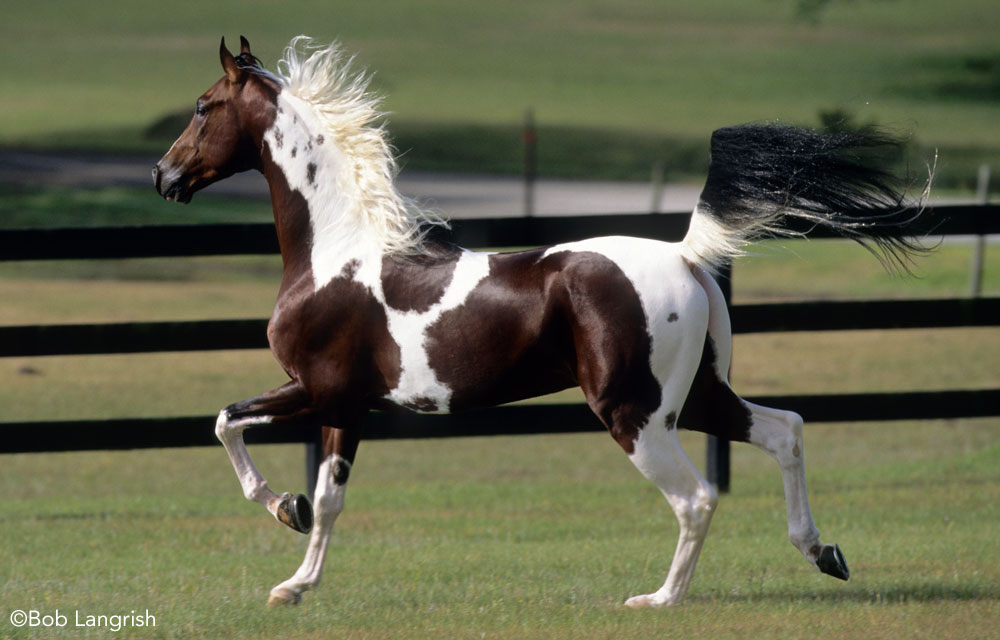 Like the American Saddlebred, the athletic National Show Horse can also be five-gaited, possessing the walk, trot and canter as well as the slow gait and rack (gaits where the hooves hit the ground individually; rack is the faster gait).

The National Show Horse is found in all colors, including pinto, and stands from 15 to 16 hands high.