The Oldenburg was created in the 17th Century through the endeavors of Count Johann XVI von Oldenburg and Count Anton Gunther von Oldenburg to create a grand carriage horse. Small breeding farms throughout the provinces of Oldenburg and East Friesland were developed. 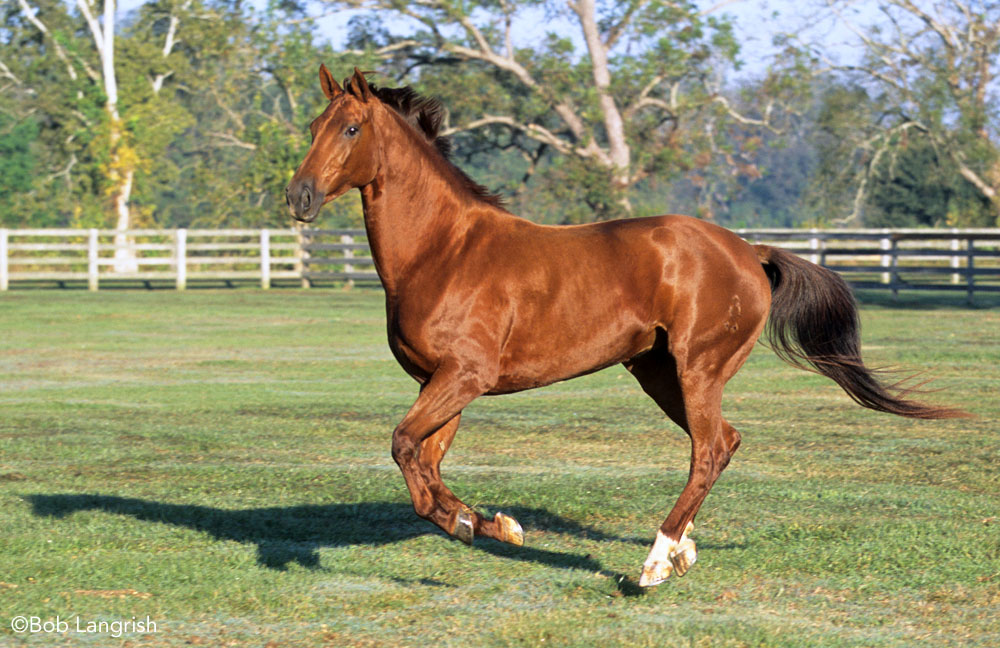 These original Oldenburgs were based on native Friesian stock, with Turkish, Neopolitan, Spanish, Danish and Andalusian influences.

In 1950, the objectives of cavalry gave way to those of sport. Until this time Thoroughbred blood was used sporadically, but in 1959 crossings to athletic Thoroughbred stallions began in earnest. By allowing other breeds into their studbook, the Oldenburg Verband was able to create a superb sporthorse. This policy remains today, and breeders can choose the best stallions as long as they are approved and listed in the Oldenburg studbooks. Breeds include Trakehner, Westphalian, Holsteiner and Hanoverian.

Average height is 16.2 to 17 hands high; over 17 hands high is considered abnormal. Colors are bay, black, brown, gray and chestnut. Oldenburgs are known for their elastic gaits. They are branded on the left side flank with a large O topped with ducal coronet. 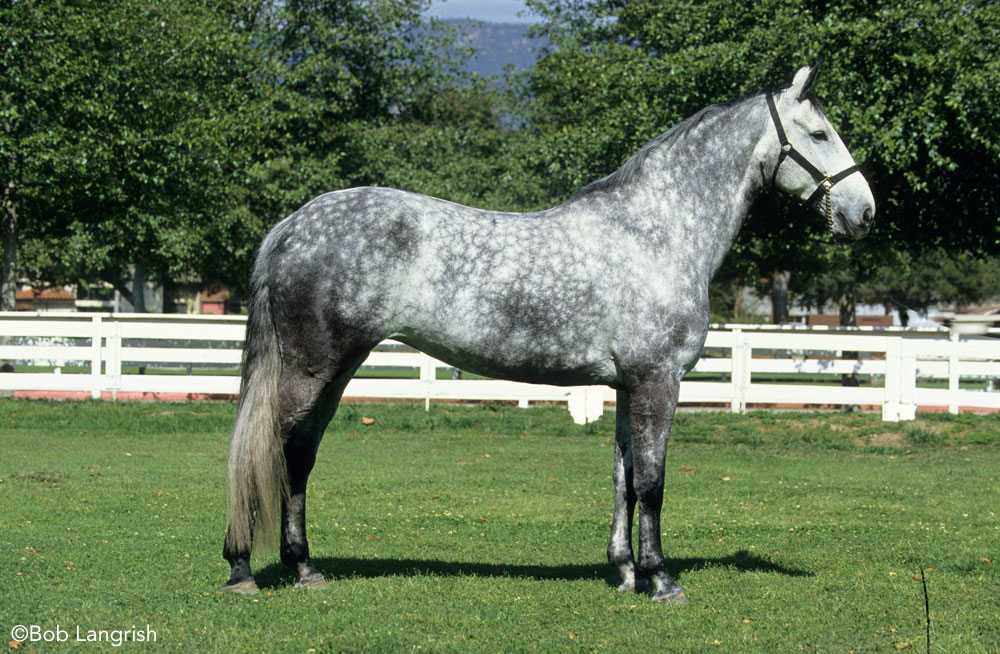