Looks can be deceiving. The Icelandic horse is proof of that. Many people take a passing glance at its small stature and discount its abilities as a riding horse. However, breed enthusiasts know the Icelandic as a jack of all trades with a loveable personality and an interesting story to tell.

Those who take a closer look at the Icelandic horse are drawn to its intriguing history and the culture that surrounds it. When you buy an Icelandic horse, you’re also buying into that culture.

The breed’s story begins in the 9th century, when Viking settlers brought horses to Iceland from Norway and the British Isles. From these horses developed the Icelandic, which remained isolated on the island for more than 1,000 years, with no known outside equine influence. It wasn’t until the 1940s that horses once again crossed the borders of Iceland, when a series of volcanic eruptions threatened the existence of the Icelandic. Many horses were exported to Germany, igniting the breed’s development in Europe. Today, the majority of Icelandics outside of Iceland can be found in Germany, Sweden, Norway, Denmark and Austria.

Once these horses left the country, they could never return, and this still holds true today. Importation of horses has officially been banned since about 1100. Because of the island’s isolation, the Icelandic developed in an environment without major equine diseases, and the country strives to keep it that way. However, it’s not just the animals that aren’t permitted into Iceland.

“You can’t take [used] riding tack into Iceland,” says Anne Elwell, president of the United States Icelandic Horse Congress (USIHC). “And when boats come to Iceland every two years for Landsmót, a huge national [breed] show, a lot of Europeans bring their vehicles. They’re not allowed to bring those vehicles off the boat until they wash them down and treat the tires. Iceland is very careful about disease.”

In addition to their robust health, Icelandic horses are considered to be one of the most pure horse breeds in the world, if not the purest, according to Petursson. Prohibiting the import of any horse maintains that purity.

Because the Icelandic horse has been the only equine available in Iceland, it had to become accomplished at everything Icelanders needed it for. However, since the climate permits a scant two-month crop season, and the only two vegetables grown in the country (tomatoes and cucumbers) are harvested in greenhouses, agriculture was not among the breed’s occupations. Transportation was its main trade. In fact, riding horseback was historically the only way to cross central Iceland’s rugged highlands. (Today people can cross this territory by horse or along a gravel road installed for trucks.)

“Icelandics are riding horses,” says Elwell. “Icelanders have been dependent on these horses as ridden transportation up until fairly recent times. When I went to Iceland in 1986, you couldn’t cross [the highlands] except on horseback. It’s a very environmentally challenging country. Once you’re out of Reykjavik [Iceland’s capital], in most parts of Iceland there are still 12-foot wide horse roads that run alongside major roads, and people still ride to see their friends.”

The Icelandic has been just as successful in recreation as it has been at work. Whatever equestrian activity Icelanders chose to do, the Icelandic horse became adept at it. “People did races with them—gallop races, trot races, pace races—as well as cross-country, jumping and dressage,” says Petursson. “They are kids’ horses, therapeutic horses and show horses. Within the same breed you have a huge range of different kinds of horses. Everybody can find a horse suitable for their needs.”

The Icelandic horse’s gaits contribute considerably to its versatility. In addition to the walk, trot and canter, all Icelandics perform a smooth single-foot four-beat gait known as the tölt. Since the horse always has one foot on the ground, the rider doesn’t experience a jarring bounce in the saddle. Many Icelandics can also execute the high-speed lateral flying pace. Petursson believes this natural ability to perform lateral, diagonal and single-foot gaits is unique to the Icelandic breed. 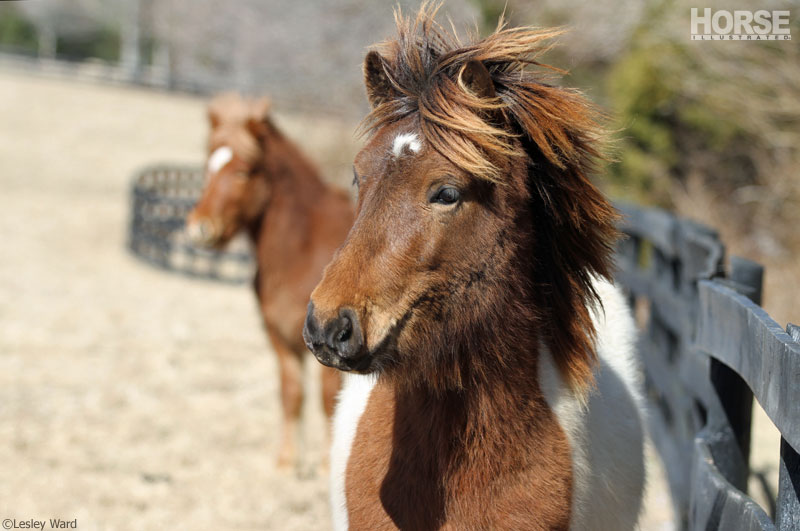 The Icelandic horse is by and large a pleasure mount today and makes an exceptional family horse, says Petursson. However, he also points out that trail horses can be successful show horses and vice versa, a result of the commitment to only breeding horses that are sound in both mind and body and not perpetuating those that exhibit conformation or behavioral flaws, even if they are highly successful in competition.

“My best show horses are also my best [trail] riding horses,” says Petursson. “The worlds are not as separated as in some other breeds, where you have [either] a trail riding horse or a show horse.”

Individualistic personalities and a willingness to please and bond with their handlers also play into Icelandics’ ability to do whatever they’re asked. “They like a lot of interaction with the rider,” says Elwell. “The relationship with their rider is exceedingly important to them, and they take incredibly good care of their rider. There’s a tightly woven relationship. They have opinions about everything, and they’re very expressive with their face and body.”

Elwell adds the Icelandic horse’s intelligence and common sense to its list of qualities that impress. “They don’t do stupid things, and that’s because Iceland is dangerous,” says Elwell. “You’re talking about a country with rock slides, quicksand and volcanic mud that breaks through rivers that change current. It’s an incredibly dangerous country to ride through and it’s constantly changing. If the horses don’t have enormous common sense, they get weeded out of the gene pool really fast.”

Despite the facts, the Icelandic still faces stereotypes. Petursson says it’s common for many people to see one Icelandic horse and write off the rest as being exactly the same—for example, they are all just for kids. One of the greatest misconceptions about the breed is its size.

“[Icelandics] are often pony size; anywhere from 13.2 to 14.2 hands is typical,” says Petursson. “But they are considered to be a horse because they are much more related to a horse than a pony. They can carry whatever a horse can carry. They can be very strong for their height. That’s one of the special things about them.”

To maintain the Icelandic’s qualities and heritage, the International Federation of Icelandic Horse Associations (FEIF) in Iceland oversees regulations pertaining to everything from breeding to competition. Furthermore, each of its member countries is allowed only one breed association.

“This is a very regulated breed,” says Elwell. “Only one association in each member country is allowed so there will be uniformity throughout the world in competition rules, breed standards, et cetera. Everything is decided in delegate meetings. Things are discussed in the countries, and decisions, recommendations and questions are taken back to Europe for all of us to decide on together.”

There are currently 18 member associations and one associate member organization, and the USIHC is the official registry in the United States. Elwell estimates that there are approximately 4,000 registered Icelandic horses in America. As a result of the economy, she says the breed’s progress here is currently somewhat stagnant because there are fewer shipments of horses coming from Iceland. Petursson adds that promoting the breed in America can be tough because it is such an expansive country, and marketing takes time and can be pricey. However, he feels the Icelandic’s future in this country looks good. “They are definitely growing in popularity,” he says. “There are more people breeding and riding them. Communities are starting all over the place, and there are more shows and clubs in more places. And most people who get to know them get hooked on them.”

Since horses were first exported from Iceland to Germany in the 1940s, the Icelandic’s popularity has grown exponentially in Europe. While it’s still considered rare in the United States, more people are falling in love with what the breed has to offer.

For more information about the Icelandic horse, visit the United States Icelandic Horse Congress at www.icelandics.org.

Senior Associate Editor Kim Klimek fell in love with the Icelandic horse after riding one.