Near the southern coast of England in southwest Hampshire is the beautiful New Forest. Ponies were said to roam the area six decades before William the Conqueror established a royal hunting ground there in 1079. The native ponies were subsequently crossed with stock brought to the area by the many people who traveled through the forest from the coast. 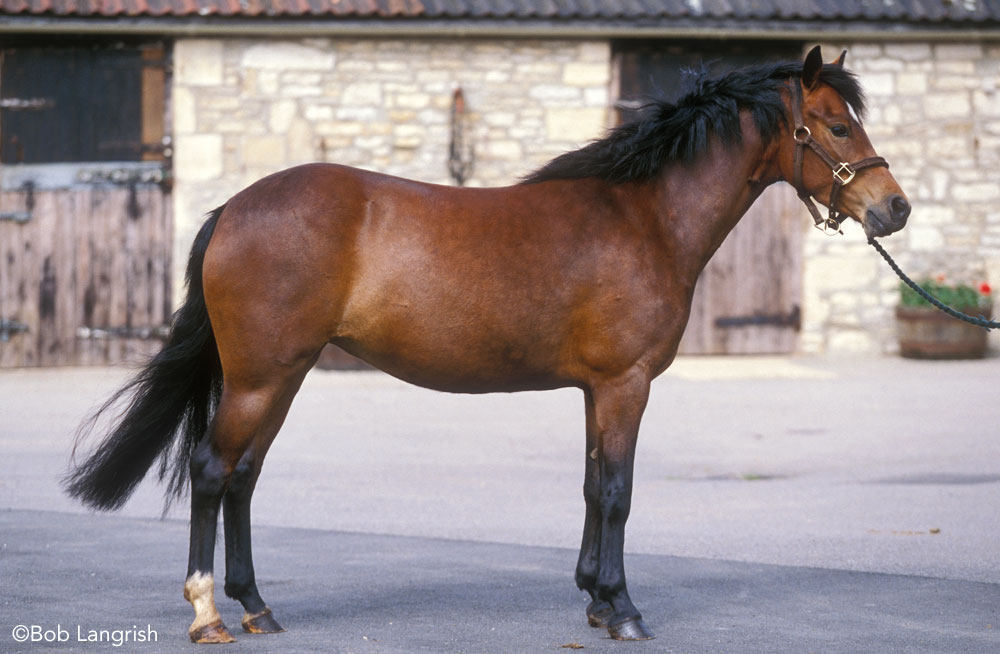 Other breeds were turned out into the forest to improve the ponies, so the bloodlines of the New Forest Pony include contributions from the Welsh Pony, Arabian and Thoroughbred. Because of this mix, the pony’s genes are more diverse than any of the Mountain and Moorland breeds.

However, its distinctive type was shaped by its environment. The forest is actually open heath, grassland and bog. The ponies have become hardy because they survive on what little nutrition can be found in native plants.

While New Forest Ponies still roam the forest, they are all owned by the locals and are rounded up each year to manage herd numbers and maintain the land. Extra horses are sold or trained to saddle.

The New Forest Pony is more horse-like than the other native breeds. Viewed from the front, the shoulders slope inward and form sharper withers (ponies tend to have rounded withers).

New Forest Ponies excel in driving, gymkhana and jumping. The breed ranges from 11 to 14.2 hands and comes in all colors, except palomino and pinto.