Orion is a morning person—uh, horse. Part of the reason is because he hates flies so much. Some horses can usually ignore a few flies, but Orion is bothered by them more than most. As a result, on summer days he’s much happier if he goes outside early while it’s still cool, and then spends the hot part of the day resting in the shade away from the bugs. After his early morning breakfast, he loves nothing better than to begin roaming his large pasture at a slow walk, just cruising. 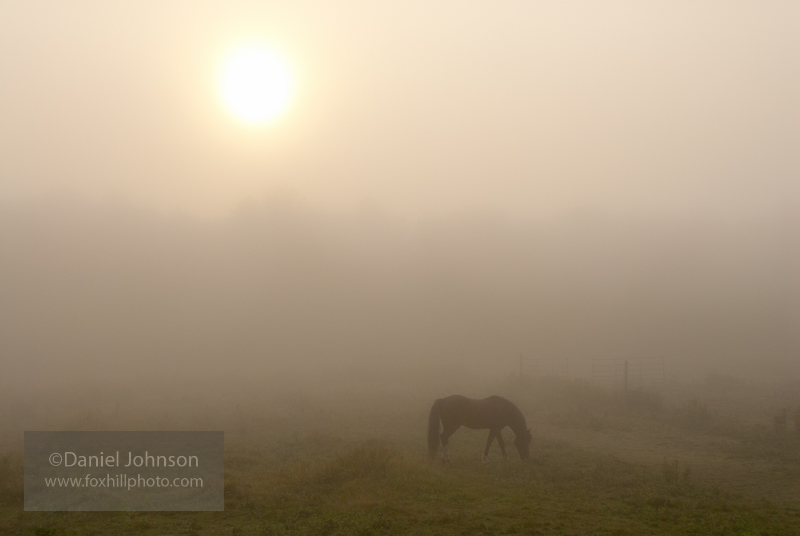 We’ve all heard how walking is supposed to be very good for you. “Walk ten minutes a day, lose ten pounds!” and things like that. Orion’s goal for his self-initiated daily routine obviously isn’t to keep himself fit, but he certainly gets plenty of exercise doing it.

There doesn’t seem to be any particular reason for the walk, other than he simply enjoys it. Each day his route changes slightly, but there are some spots he always visits. He goes up the fenceline, stops to look across at the Other Pasture, and then heads for the Far Back. Sometimes he sees a deer or two, and he promptly scares away these interlopers with a big fancy trot and perhaps some blowing.

He’s never in a hurry. He always walks with a loose and casual, yet steady and purposeful gait that eats up the ground and gets him where he wants to go without working too hard. You can almost imagine him with ear buds and an iPod.

Once past, Orion continues the morning walk, sometimes going all the way to far corner of the Big Field. This is usually where he stops and has a snack of tasty grass.

Eventually, when he decides it’s time to go back to the barn, his route brings him back to the front gate, where, walk completed, he waits expectantly for me to come and feed him.

So, for what it’s worth, here is Orion’s morning exercise philosophy: