My life changed on a day that started out like any other, and as a result, I will never be the same.

I’ve been riding since before I was born: My mother worked on a cattle ranch and rode when she was pregnant with me. Growing up, I was taught to be fearless around horses, but I soon figured out some common sense rules around them. I was the girl that took on the shy, quiet project horses until the day my mare, Aeowyn, was born. 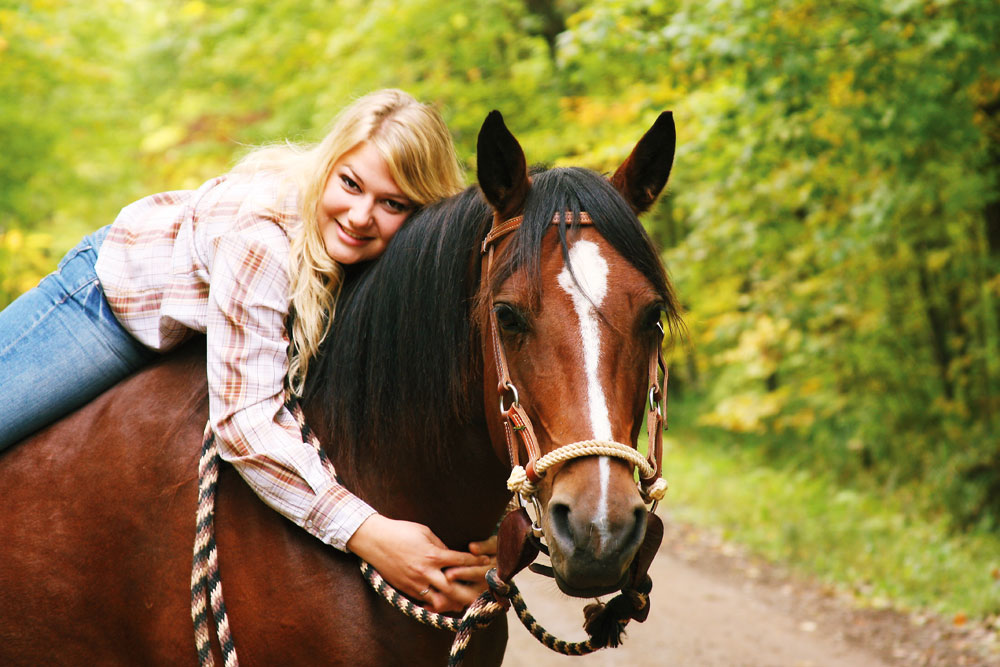 Kassandra and Aeowyn before the accident. Photo courtesy Kassandra DuBois


A Filly Unlike Any Other

Aeowyn’s dam was a Percheron/Paint cross I rescued; she foaled a few months after I got her. The filly was an alpha with attitude from day one, and she changed my whole perspective on training and riding.

I trained Aeowyn mostly on my own, not wanting to share her with anyone else. We developed a bond after years of hard work due to her unruly nature and quick wit.

We found out later that her main problem—bucking—was actually from a sore back, and she outgrew the nasty habit after a chiropractic adjustment. She became the perfect riding companion, looking out for me and rewarding the time and trust I put into her.

The Day the World Changed

The day of my accident, I was trail riding in a county forest park alone. It was a rainy, slightly cold spring day. I remember looking at my phone at 5:15 p.m. and thinking that I still had some time to ride before dark, so we pushed on into unfamiliar territory after crossing the creek. It was slightly muddy, but we had been “mudding” many times before.

There was a large puddle along the ATV track that I didn’t think twice about when we started through. Instantly, we got sucked into boggy mud that felt like it had no bottom.

Aeowyn panicked and threw me off. The puddle was only about as long as her body, but with the mud sucking us down I couldn’t move to get out of the way. She reared up and twisted, falling flat over on top of me. She struggled for a while, but got tired. So we lay there.

I don’t in any way blame her for this. It wasn’t her fault—it was mine for not riding with a buddy or being more careful. However, as I lay there listening to Aeowyn’s heartbeat, I couldn’t breathe. I couldn’t move anything but my right leg, and in her struggles, she kicked me in the ribs, head, knee and legs. I was lying directly underneath her length-wise, which most likely saved my life.

Eventually I blacked out. After a while, she was able to heave herself up and out. I came to on the bank, coughing up spurts of black water. We were both covered in black muck from head to toe.

After a short rest I realized I would get hypothermia if I didn’t get moving, so I dragged myself out of the mud. Slowly getting to my feet, I quickly realized that I wouldn’t be able to swing my hurt leg up and over my huge horse’s back.

Aeowyn was waiting for me a short distance away and watched me get up before coming over to greet me. She looked concerned, checking me over with her nose.

Finding that my phone was destroyed, we started to hoof it to the nearest road. She took baby steps beside me the whole time since I could only shuffle along. She would nudge me forward with her nose whenever I stopped. Eventually, we made it to a country back road about a mile away.

Looking like monsters from the black lagoon, it didn’t take long to flag down a random truck. A very kind young man allowed me to get his phone all muddy so I could make a call. He was even nice enough to wait until my ride came to pick us up.

The result: brain damage. I wasn’t wearing a helmet; I hadn’t worn one since I was a pre-teen. My doctors felt that I’d received multiple undiagnosed concussions over the years that compounded on each other from being thrown from horses and one car accident.
I ride western, and the stereotype is that you have to be tough enough to not wear a helmet. I disagree; I wish I had been strong enough to be safe no matter what my friends thought of me. 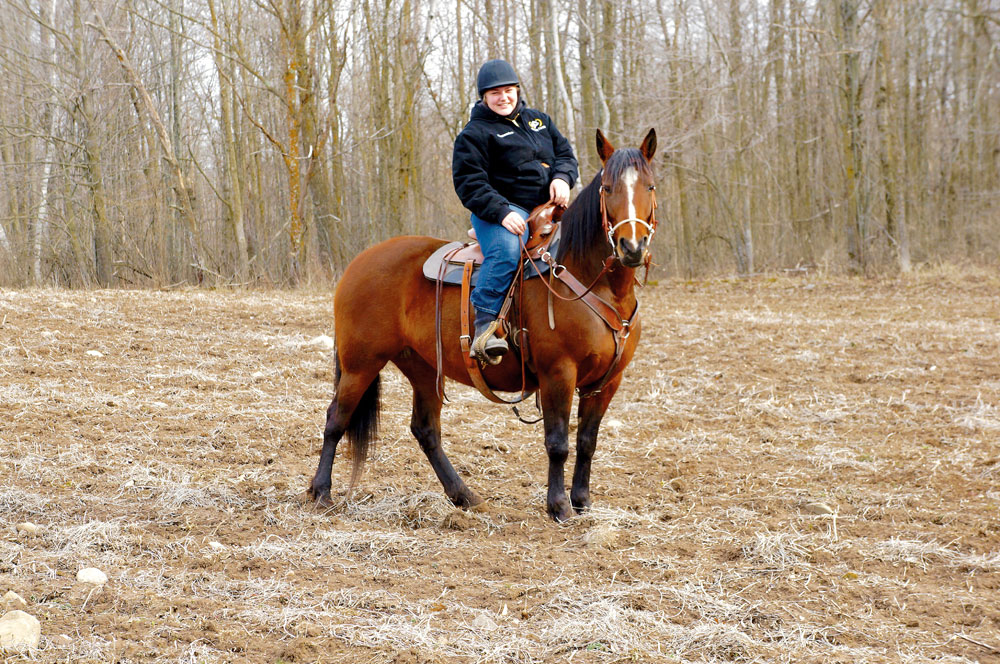 After her accident, Kassandra realized that no matter how much you trust your horse, it’s smart to wear your helmet. Photo courtesy Cassandra DuBois


My experience has lead me to three pieces advice. Rule one: use basic safety tools such as helmets. Two: ride with a buddy in potentially unsafe riding territory, and try to choose safe routes. Three: carry your phone in a waterproof container.

Because of my injuries I had to wait to get back on Aeowyn. Her courage and friendship saved my life during the accident. She has never once faltered since then, and it’s her steadfastness that has helped me to heal.

Riding is a lifestyle, not just a hobby for me. Every doctor I see asks the same question: Do you still ride? And I can honestly say, “Always and forever”—just with a helmet now.

Winning the Big Horn 100 & Overcoming All