The lives of fictional characters in horse books may not always be realistic, but that’s part of the fun. Reading about the fantastic abilities of great riders in idealistic settings has inspired countless young readers to reach for the goal of owning a horse of their own someday. Here are three fictional young horsemen who were an inspiration to me. 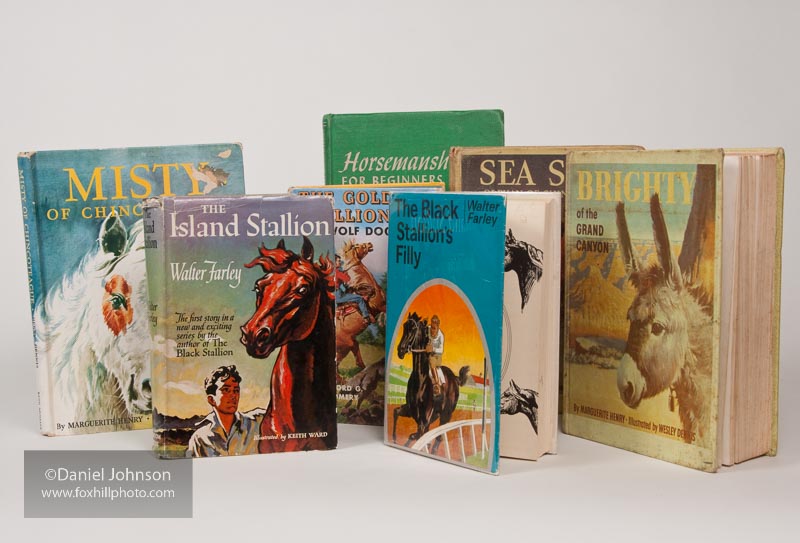 It was hard not to like Alec Ramsey. With his natural horsemanship skills and even temperament, he could handle any challenges—or horses—that life threw at him, with a thoughtfulness beyond his young years. My favorite Black Stallion books were the later ones, once Alec and Henry got the big horse farm. Best of all were the stories when Alec and Henry would train one of The Black’s foals for racing and enter it in the most prestigious Thoroughbred races (even though The Black’s foals were half-Arabian…?). Alec, despite his fantastic riding skills, often preferred staying at home and raising the youngstock, but he could always be counted on to come out and win the Kentucky Derby if Henry needed him to.

Reading about Paul Beebe was the best. Not only did this star of the Misty books live on a pony farm, he also lived on an island on the coast of Virginia, giving him what was, to me, the best of two great worlds: horses, and the sea. Paul was fun to read about because he got to do great things: help round up wild ponies with the “saltwater cowboys,” cross the channel from Chincoteague to Assateague Island by boat whenever he wanted, and ride in the big race on Pony Penning Day. Hey, even gathering clams to earn extra money sounded fun when Paul did it. But what I liked best about him was his work ethic. Once he settled on a goal (owning “The Phantom”), he worked hard at it, and stuck to the goal despite setbacks. (Note: I know the Misty books were at least partly based on a historical situation, but they’re still classified as fiction.)

John Barron was the main character in The Haymeadow by Gary Paulsen. John was given the job of spending an entire summer alone in the mountains with the family’s 5,000 sheep. And two horses, Speck and Spud. Again, probably not the most realistic setting, but it sure was fun to read about. The idea of being alone in the mountains with two horses sounded just great to me. One thing you learn reading this book is the value of good horses that you can trust in any situation, from crossing streams, to staying calm around coyotes, bears, and other predators. Years later, I actually named a foal Speck in honor of this book.

What fictional riders were your favorites? What was it about them that you liked?

Daniel Johnson is a freelance writer
and professional photographer. He’s the author of several books,
including How to Raise Horses: Everything You Need to Know, (Voyageur
Press, 2014). Dan’s barn is home to Summer, a Welsh/TB cross, Orion, a
Welsh Cob, and Mati and Amos, two Welsh Mountain Ponies. Follow him at www.facebook.com/foxhillphoto.