Home Lifestyle Horses in the Stars 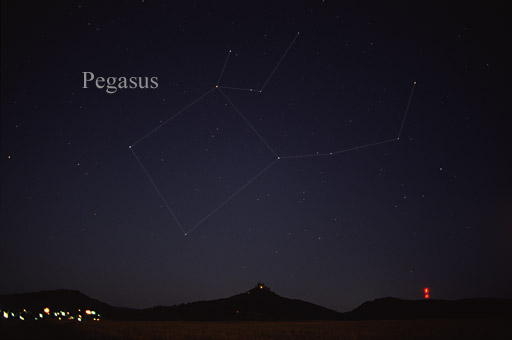 Pegasus by Till Credner (Own work: AlltheSky.com) CC BY-SA 3.0, via Wikimedia Commons

Are you a stargazer? Do you enjoy learning about or observing the night sky? If you do—and you’re also a horse person—you’re in luck, because there are several interesting astronomical objects in the night sky that are equine-related, including two constellations (groups of stars) and two nebulas. If you’d like to try observing any of these objects for yourself, a star map (or star app!) can be very helpful. For general beginner astronomy help, I would also recommend magazines like Sky & Telescope and Astronomy. In any case, here’s a bit of introductory information to these fascinating heavenly horses.

Pegasus is probably the most well-known equine in the stars. The winged horse of Greek mythology, Pegasus the constellation is a staple of summertime stargazing: very large, bright, and well known for its squarish shape (this shape also makes it easy to find in the sky). A constellation, as you’ll recall, is a group of stars, usually forming a familiar “shape” if you “connect the dots” in your mind. There are 88 constellations that have been officially recognized by astronomers and many of our current constellations have in fact been recognized for thousands of years. Pegasus in the myth is, of course, a white horse. If you can stay up late enough on a warm summer evening, give Pegasus a look—it’s worth it. 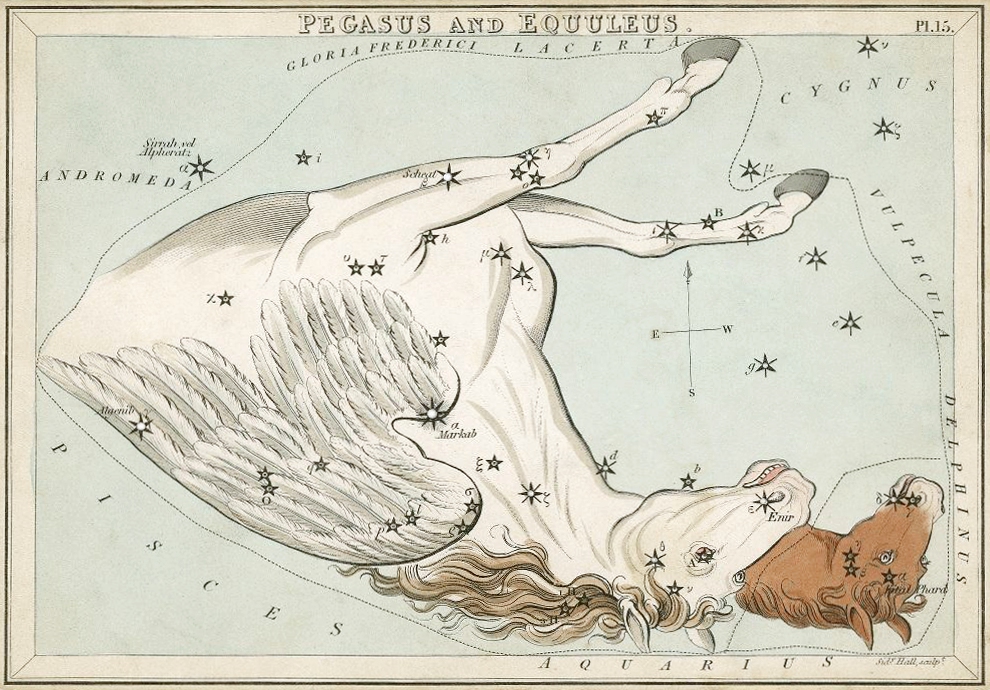 Even though Pegasus is a large constellation, it still requires a good bit of imagination to “see,” the winged horse (“It looks more like a big box!”). However another equine-constellation, Equuleus, may be even more difficult. Some people consider the tiny constellation–which consists of only a handful of stars–to be an equine “head portrait.”


Since Equuleus is a much smaller constellation than Pegasus (both in size and in the number of stars it encompasses), it’s only fitting that Equuleus is actually a foal. In some Greek myths, this foal is a relative of Pegasus—sharing in his relative’s swiftness. The two constellations are also very near each other in the sky. 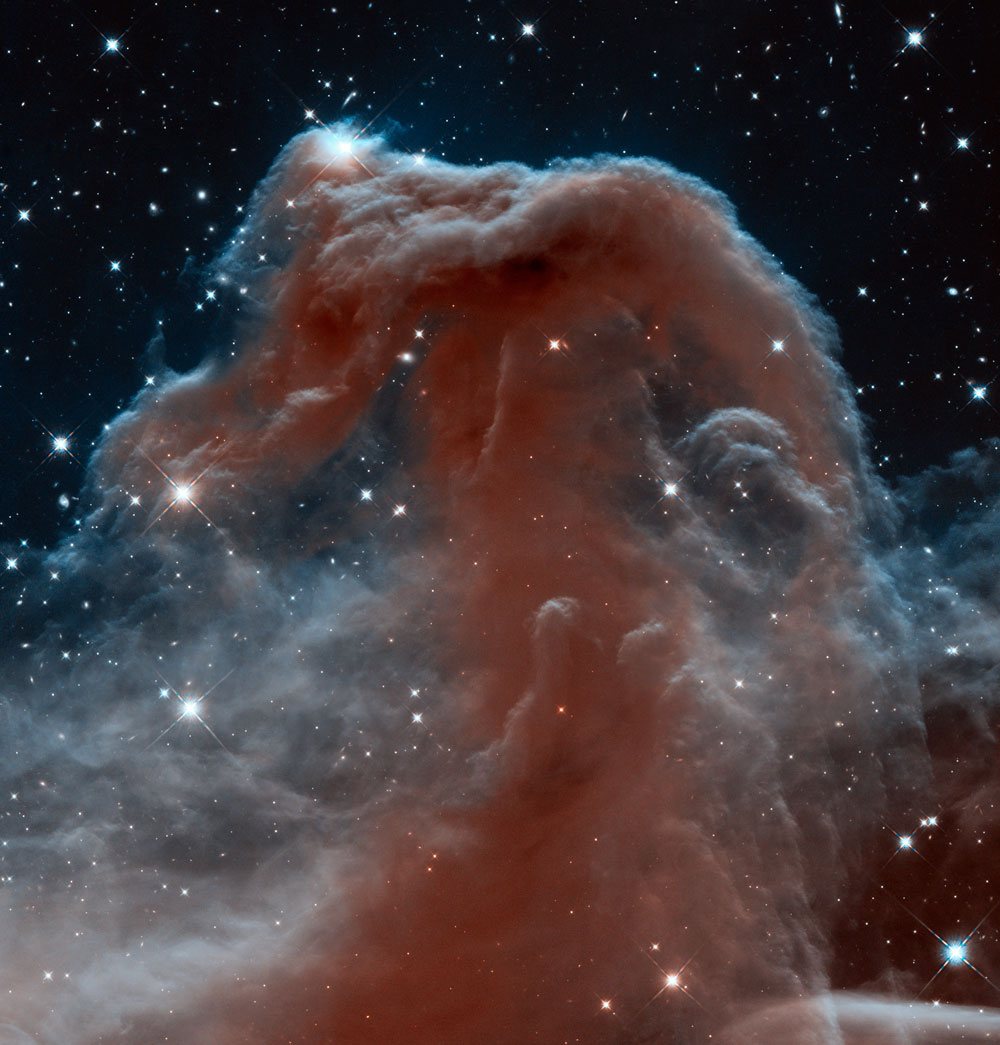 Hubble Sees a Horsehead of a Different Color by ESA/Hubble, CC BY 3.0

If the horsey constellations prove to require a little too much imagination on your part, then the fabulous Horsehead Nebula should prove more satisfying. A nebula is an interstellar “cloud” of dust and gases, which are visible because they are either illuminated by nearby stars, or because they block light, like a silhouette. The famous Horsehead Nebula is one of the latter, and appears to us as a dark outline that somewhat resembles the head of a Knight on a chessboard. It’s also been said to look like an Arabian horse with a deeply dished “face.” The Horsehead Nebula’s quaint shape has made it a very popular astronomical object, although it requires a powerful telescope to see; most people enjoy it through the photographs of professional astronomers. 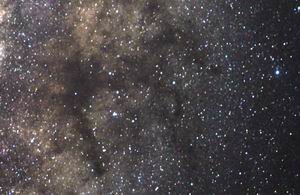 If you live in a location with very dark skies, you can take a try at observing the Dark Horse Nebula. While the Horsehead Nebula mentioned above is a “face portrait,” the Dark Horse resembles a full-body portrait of a horse, silhouetted against the bright band of the Milky Way. The problem for many people is that the glare from nearby city and town lights makes the Milky Way difficult to see. But if you can find a dark observing place, you may be able to see how the Unlike the Horsehead Nebula, the Dark Horse Nebula is a large object, and observing it should be attainable without expensive optics.