It’s not often that one animal can change the entire course of its breed – but that’s exactly what a chestnut Quarter Horse by name of Doc Bar did in the latter half of the twentieth century. Considered to be among the most influential sires of cutting horses, Doc Bar was and is still hailed by Quarter Horse fanciers as a stellar specimen of the breed.

Sixty years ago, in 1956, a mare named Dandy Doll delivered a little chestnut foal on a ranch in Arizona owned by Tom Finley. The foal was named Doc Bar, continuing a line of ‘Bar’-named colts descending from his legendary grandsire Three Bars. Doc Bar’s pedigree is star-studded; on the paternal side he had almost completely Thoroughbred blood, and on the maternal side, almost completely Quarter Horse. He had several prominent stallions in his pedigree, including My Texas Dandy.

When Doc Bar was two, Finley sent him to the Quarter Horse races in Tucson in hopes of developing him as a star racer, but Doc Bar proved to be much less than a star. In four starts, he came away with less than $100 in winnings and his racing days came to a swift halt—the only thing “swift” about his career as a racer.

But his defeats on the track only paved the way for his true calling. In the show ring, Doc Bar racked up numerous championships, and his potential as a sire quickly became apparent. In 1963, Finley sold him to California ranchers Dr. and Mrs. Stephen Jensen for $30,000. You can get an idea of what an extremely valuable animal Doc Bar was by that figure; it may not seem like an exorbitant amount for a champion horse today, but when you adjust for inflation, that $30,000 investment would equal over $225,000 today. Undoubtedly, the Jensens recognized Doc Bar as a quality animal, and he proved them to be absolutely correct! 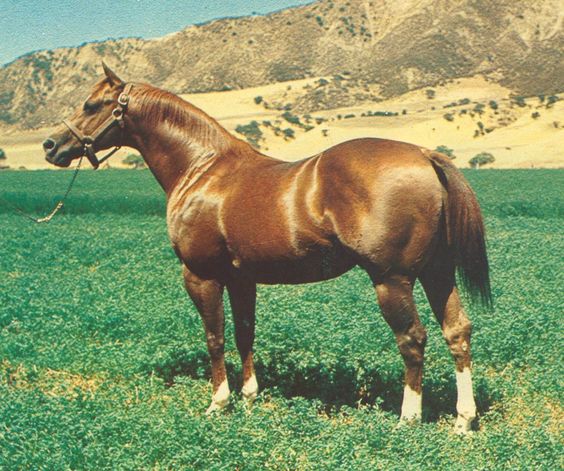 Doc Bar’s progeny took the cutting horse world by storm. Anyone familiar with the sport knows the names and achievements of such Doc Bar descendants as Doc O’Lena, Smart Little Lena, and Lynx Melody. Doc O’Lena became a prolific sire in his own right, siring over 1,300 foals.

One of the keys to Doc Bar’s success as a sire was his prepotency. He sired consistently talented, handsome offspring, and his descendants are still making their mark—they have amassed thousands of AQHA points, collectively, with the number still climbing. It’s quite clear that the influence of Doc Bar will continue to have an impact on the Quarter Horse breed for generations to come.

Over the Fence: Horses in Art History