Home Lifestyle How I Got My Start: Dressage Rider Adrienne Lyle 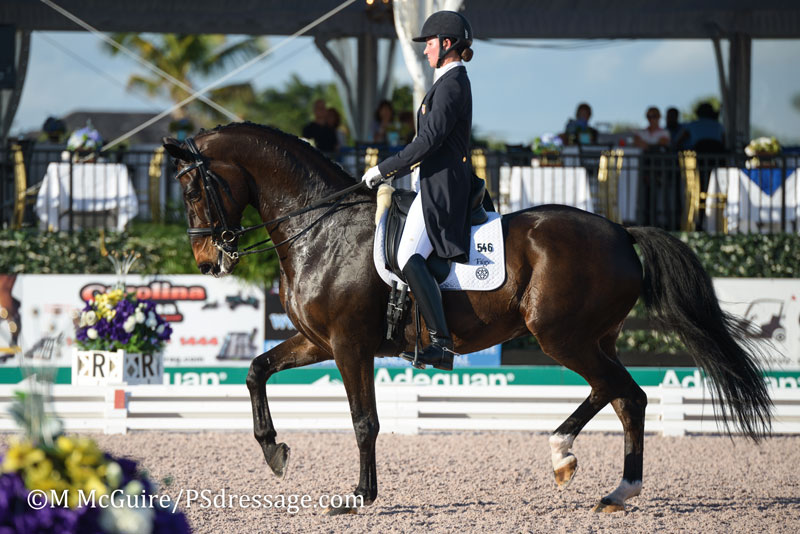 Up-and-coming dressage rider Adrienne Lyle’s equestrian life could be considered the dream of every horse-crazy kid. As a Pony Clubber, she and her friends packed their lunches and rode out on their ponies for all-day treks. They would traipse through the woods or along the beach near her 150-acre home on Southern Whidbey Island in Washington state. They swam their mounts in a nearby pond and snuck out on bright summer nights for moonlit rides. When they discovered Miniature Horses, Adrienne and her friends enjoyed dressing them in costumes, and teaching them to jump and pull carts. When her dad wasn’t home, she even brought her Minis in the house. Adrienne also enjoyed building jumps out of whatever materials she could find, as well as riding bareback. She often hopped on her horse sans saddle to ride on the beach and trails, and to herd the cows that grazed in the pastures her family leased to a local cattle farmer.

“My favorite memories of my equestrian life have honestly been all the little moments back at the barn or with the great people I’ve met along my horse journey,” says Adrienne. “While the big competitions are amazing, it’s the quiet times at the barn in the evening, with the sunset light falling on your horse while he hand-grazes in contented peacefulness [that stand out]. Or sitting around the tack room and recounting funny horse-related stories that have happened with the great group of horse people I have always been lucky enough to have in my life.” 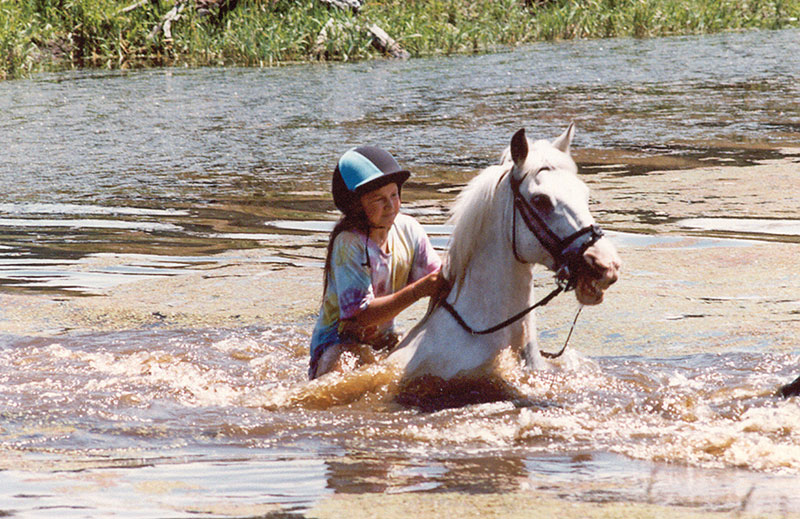 As a kid, Adrienne (shown with Captain) loved swimming in a nearby pond with her horses. Photo courtesy Adrienne Lyle.

Life Lessons
From the age of 7 months, Adrienne had a few different ponies and horses, but when she was in sixth grade, she got “the best pony ever,” Captain. With him, Adrienne competed at the Pony Club Prince Phillip International Games in Canada. After outgrowing Captain and moving on to various horses, Adrienne got Savannah, a somewhat manic black Thoroughbred mare that her family later discovered was an ex-rodeo horse. But Adrienne applied the same grit and determination to working with Savannah that she did to all of her equestrian endeavors, and trained the mare to jump and do dressage. The pair eventually represented the United States at the North American Junior Dressage Championships in 2001, when Adrienne was in 10th grade.

“The greatest lesson I’ve learned in my life with horses is a true respect for patience and compassion,” says Adrienne. “Horses are like mirrors and will reflect back on you whatever you project on them. If you come at them aggressively, they will get defensive and aggressive in return. But if you always approach a situation with confidence, clarity and empathy, they will return that confidence and work their hardest for you.” 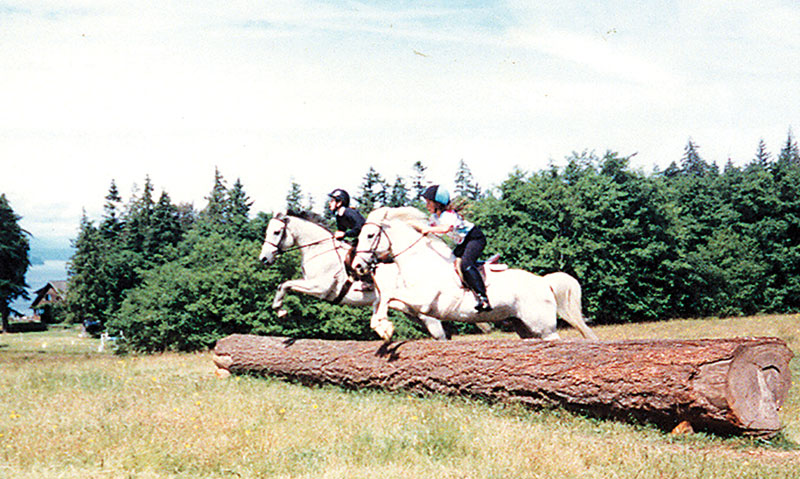 Adrienne (right, on Captain) enjoyed jumping any type of obstacle she could find when she was growing up. Photo courtesy Adrienne Lyle.

Discovering Dressage
Adrienne continued to enjoy jumping, but by this time she had honed her focus on dressage. She felt that if she could teach her horses the basics, they would improve in their jumping skills. She later sold Savannah and used the money to buy her first official dressage horse, a gray Swedish Warmblood named Miguel, who she rode in the 2002 Junior Young Rider Dressage Championships following her junior year in high school.

“I was instantly drawn to the challenge of dressage,” says Adrienne. “I loved the detail-oriented training and the endless pursuit of perfection.”

Before starting her junior year in college, Adrienne visited River Grove Farm in Sun Valley, Idaho, where her family used to spend part of the year when she was growing up. She was able to get a few lessons with dressage Olympian Debbie McDonald in Hailey, Idaho, and was soon asked to be a working student at River Grove Farm. Debbie became Adrienne’s mentor, and River Grove owners Parry and Peggy Thomas signed on as her sponsors.

Finding Success
In 2012, Adrienne’s talent, success and hard work culminated in her being selected to represent the United States at the Olympics in London, England. “It was the fulfillment of a lifelong childhood dream, and it was an amazing experience!” she says. “It’s such an incredible honor to get to ride for your country.

“I think success is built on daily discipline and never cutting corners,” adds Adrienne. “There is no substitute for hard work and hours spent practicing. It’s an old cliché, but it’s so true! If you are picky about every transition, every half-halt and every corner when you are riding at home, it will come naturally to have accurate and expressive tests when you compete.”

Adrienne added the World Equestrian Games to her roster of achievements in 2014 and aims to compete at the FEI World Cup Finals in the future. In the meantime, she trains and shows horses for the Thomases and other private clients. And when her life takes a break from revolving around horses, she enjoys anything outdoors, such as hiking, skiing and camping. “We live in Sun Valley, Idaho, which is an incredibly gorgeous mountain ski area, with endless mountain ranges and rivers to explore,” she says. “I’m also a big music junkie and love traveling to concerts around the country.”

Liked this article? Here are others you’ll enjoy:
How I Got My Start: Eventer Gina Miles