Home Equestrian Lifestyle I Met My Idol, Beezie Madden, and Then I Cried

Since I discovered horse magazines (I was probably around 7 years old), I have respected and been inspired by one specific equestrian. I have cheered her on, idolized her incredible poise and loved her horses. I have aspired to achieve her focus while jumping, her calm demeanor and her impeccable equitation.

Her name is Beezie Madden.

Earlier this year, I met her. I met Beezie Madden.

The next likely question you have is: How?

I recently attended a friend’s wedding in Miami, Fla. These non-horsey lovebirds scheduled their wedding on the same weekend as the Longines Global Champions Tour Miami Beach competition. Amazing! 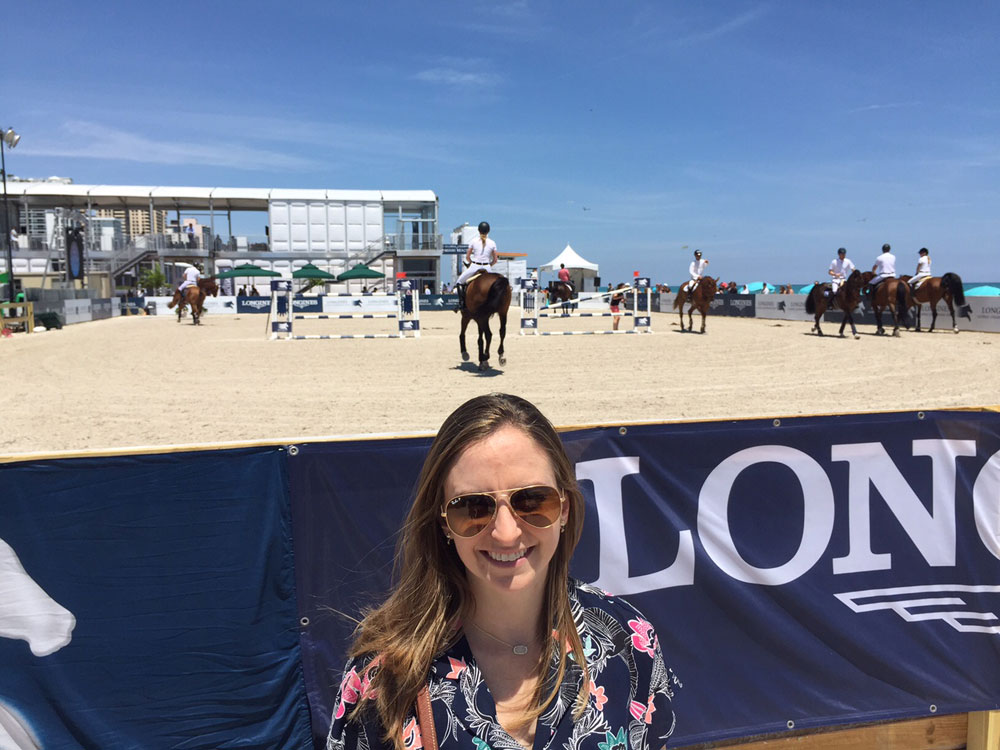 As soon as my boyfriend and I received the wedding weekend itinerary, I compared the schedule of weekend festivities with the show schedule. I was going to be able to watch the big money classes, live and in person.

I was going to be able to watch Olympians compete right in front of me. ON A BEACH.

On Friday, I watched several classes. As I explained what a jump off is to my non-horsey friends, I gushed about how Beezie Madden was my idol. I told them how I had the opportunity to have a phone interview her brother-in-law, Frank Madden, for a Horse Illustrated article a few years ago, and how he was an absolute pleasure to interview. 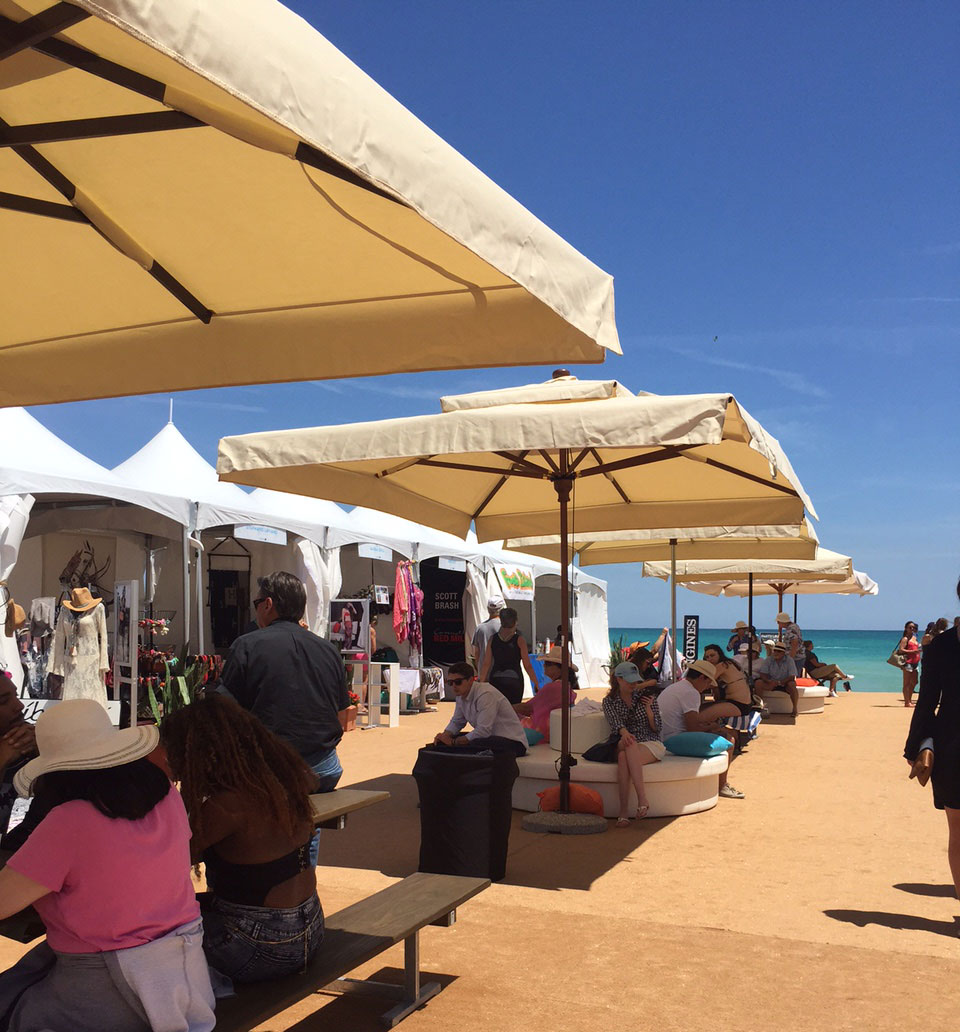 Fast forward to Saturday. My boyfriend and I went to a SoulCycle class that morning. It was across the street from our hotel, and I thought it would be fun to try.

After class, we decided to take walk around the hotel where the Longines Global Champions Tour equestrians were staying. This hotel was, coincidentally, the same hotel that would host the wedding of our friends later that day.

As we walked past a door of the hotel lobby, two people walked out of the door. I immediately recognized one of the two people. I knew who she was, yet I still optimistically asked, “Beezie Madden?”

To which she politely replied, “Yes.”

I suddenly realized I WAS MEETING BEEZIE MADDEN and had to control myself. Now that I had engaged her in conversation, what was I going to say?

I quickly introduced myself and mentioned how a few years ago I had the opportunity to interview Frank for a Horse Illustrated article.

I realized this moment absolutely had to be documented. I needed photographic evidence. 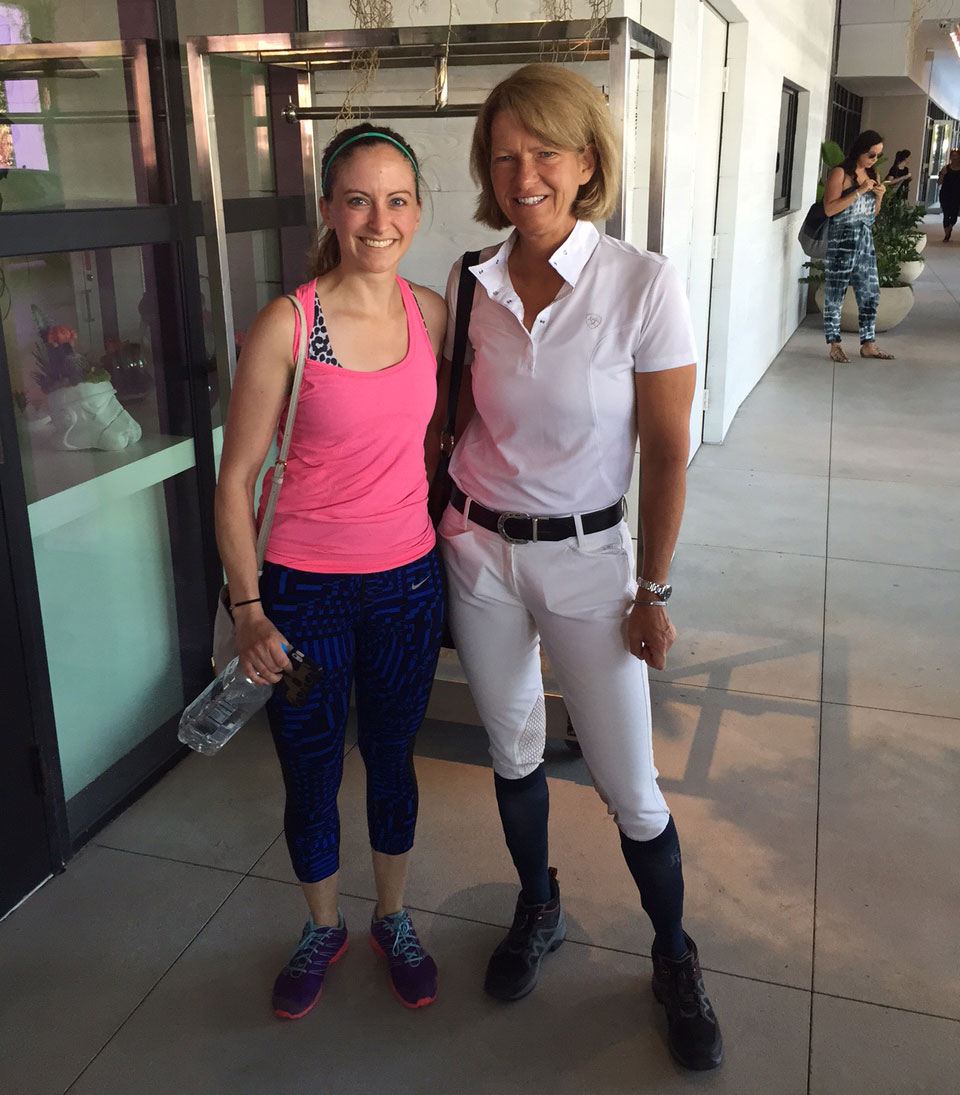 I asked Beezie to take a picture with me, and she graciously agreed. As we parted ways, I said, “Have a great ride today!”

As she walked one way and my boyfriend and I the other, the star struck feelings sunk in. I walked into the hotel lobby and started crying with happiness, excitement, surprise and a myriad of other indescribable emotions.

At first, my boyfriend awkwardly laughed and said I was acting like a 14-year-old who had just met Justin Bieber. Then I explained to him who she was, who Beezie was to me as a kid, who Beezie is to me now and who Beezie is to the sport of equestrian.

He said, “Oh wait – so she’s like the Michael Jordan of show jumping?”

I don’t know if I’ll ever be that star struck again. It’s pretty hard to top the fact that you’ve met your idol.

Of course she was as gracious, professional and kind as I’d always hoped. I’ll continue to watch every televised prix she enters, and I’ll always aspire for her equitation.