The last couple months with Ria have consisted of a lot of foundational work. While her training has been pretty uneventful, she has had a handful of experiences that make her deserving of her next blog update.

Being part of my herd means that Ria was introduced to the world of photoshoots quite quickly. I set up a mini shoot for the holidays with Ria and Izzy and learned that trying to coordinate two chestnut mares at once was not going to be an easy task. Luckily some of the bloopers actually ended up being gems, and I think I already have the ‘family photo’ for next year’s holiday cards.

The bigger photoshoot came a few weeks later. As Izzy has become a little bit over exposed in Young Rider magazine, we decided that it was Ria’s turn to model. This was by far the most demanding day for her yet and she handled it like a rockstar. A horse can have the perfect body and movement, but if their brain isn’t there, you’ve got nothing. Ria put up with both my ‘right’ and ‘wrong’ hand positions for the shoot and stood (relatively) still for the session. We also got some ‘under saddle’ shots in a grass field and I was extremely proud of how she handled her time in an open space without the confinement of an arena.

Mud, Mud, and Some More Mud

Ria likes mud. A lot. She likes rolling in the mud, loosing her shoes in the mud, splashing in the mud, and wearing mud. Mud and horses are known to go hand in hand, but this has actually been a major transition for me. My pony, Izzy, hates mud. I have never once seen her truly filthy in the 4.5 years I’ve owned her. Of course, spending a few extra minutes currying isn’t truly a ‘subhead worthy’ Ria update, I feel like it is worth mentioning.

And a Personality to Match

It is no secret that mares have a reputation of being full of sass, and chestnut mares that much more so. Ria is no exception. If I want a productive ride, I had better bring in Izzy from the field as well. Because no way should Ria be asked to work while her sister is still outside having fun. That just isn’t fair. And if there is hay in sight, it will be eaten. All of it. And quickly. But not without making a mess, first. And don’t you dare ignore her in the cross ties or check your phone after a ride. You will get slobbered on. Unless you wish to be a head rest, don’t stand in front of her either. But hey, at least she doesn’t attempt to wander off during bridling anymore!

Getting Serious About Dressage

One of my primary goals with Ria is to not make the same green horse + green rider training mistakes I made with Izzy. While I am more advanced in my riding now than I was last time around, lessons are still a crucial factor.

Ria and I had our first lesson with Reese Koffler-Stanfield to start getting our dressage into gear. Reese is a United States Dressage Federation Bronze, Silver, Gold and Medalist and runs Maplecrest Farm. To say that our first lesson was helpful would be an understatement. We talked about how horses are either convex or concave in their bodies while bending and how the goal is correct straightness. To achieve this, Reese had us work through several exercises. It was slightly bizarre just how much improvement we managed by the end of the lesson.

Riding is just as much of a mental game as it is physical. Reese brought up two ideas that made things ‘click.’ First, she described the rider as a ‘yoga instructor’ while training a young horse. Ria has no idea where her body is supposed to be and it is my job to help her figure out how to carry herself. She also told me that I have to be more confident in my transitions. I hadn’t noticed I wasn’t asking as definitely as I had to be and the mental image of confidence when asking for transitions, both upwards and downwards, has suddenly made our transitions a lot more clean and accurate.

Perhaps the most exciting and large announcement is that to allow me to focus more fully on Ria, Izzy now has a second rider. Izzy is so ready to teach someone else and therefore I made the decision to have a partial lease for my perfect red pony. This is a huge step for me, letting go of a little bit of control over her, but I am so excited. Before I bought Izzy I leased two ponies and those experiences greatly influenced the rider I am becoming. I am so excited to be able to lend Izzy to a younger rider and I am hoping that they have as positive a lease experience as I did with my past lease ponies.

Ria will be continuing to focus on dressage with a little more jumping thrown in. Her balance and rideability is improving rapidly and so I am starting to place a little more on her plate. Lots of hacking is also in her future. Out of the ring time is so good for both their body and brain and now that we are finally on the later half of winter I am looking forward to getting her out more. It’s been a somewhat quiet couple months but I have a feeling that things are going to start picking up soon. 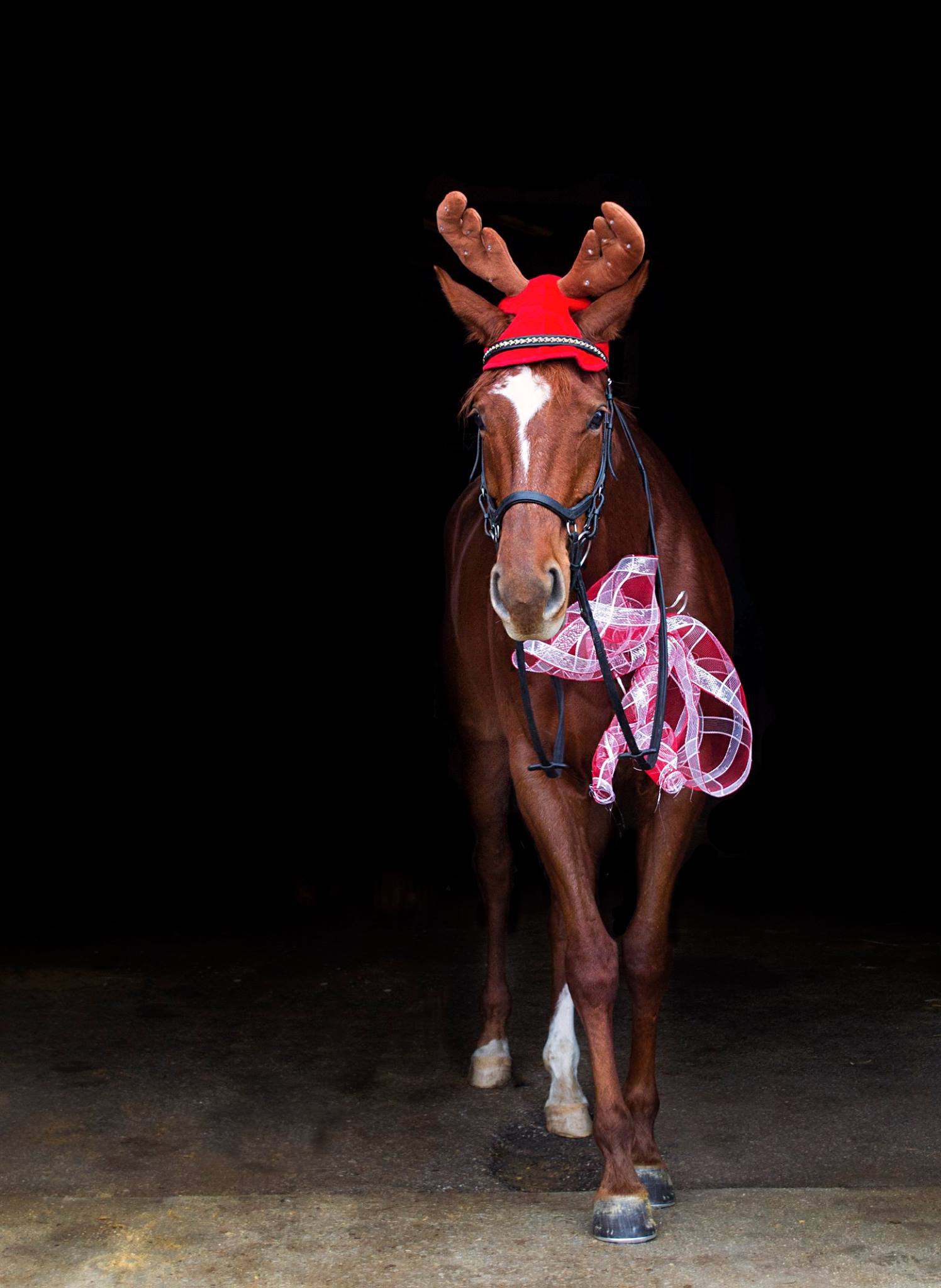