Home Equestrian Lifestyle The Benefits of Taking a Break

Exactly one year after my boyfriend proposed, and two months before our wedding and a long-awaited, long-booked honeymoon flight to the other side of the planet, I was supine in the dirt, clutching a thigh with a hoof imprint, watching a dappled gray butt disappear out the gate.* Other things started to disappear out the gate, too—a wedding without crutches, honeymoon snorkeling…

“Andrew’s going to kill me,” I told my trainer through sooty tears. He didn’t kill me. He met me at the ER instead.

“What happened?” he asked the sweaty, filthy, possibly broken person he’d committed to spending a lifetime with.

Luckily, I wasn’t broken. So after two weeks of rest and spectacular bruising, I declared myself fit to ride. But not, I decided, fit to ride the green bean who initiated our engage-iversary ER date (full disclosure: this was not exactly the first fall off this horse). I would play it safe until post-honeymoon. This killed me, because I adore said green bean. And to be honest, she seemed offended, too. 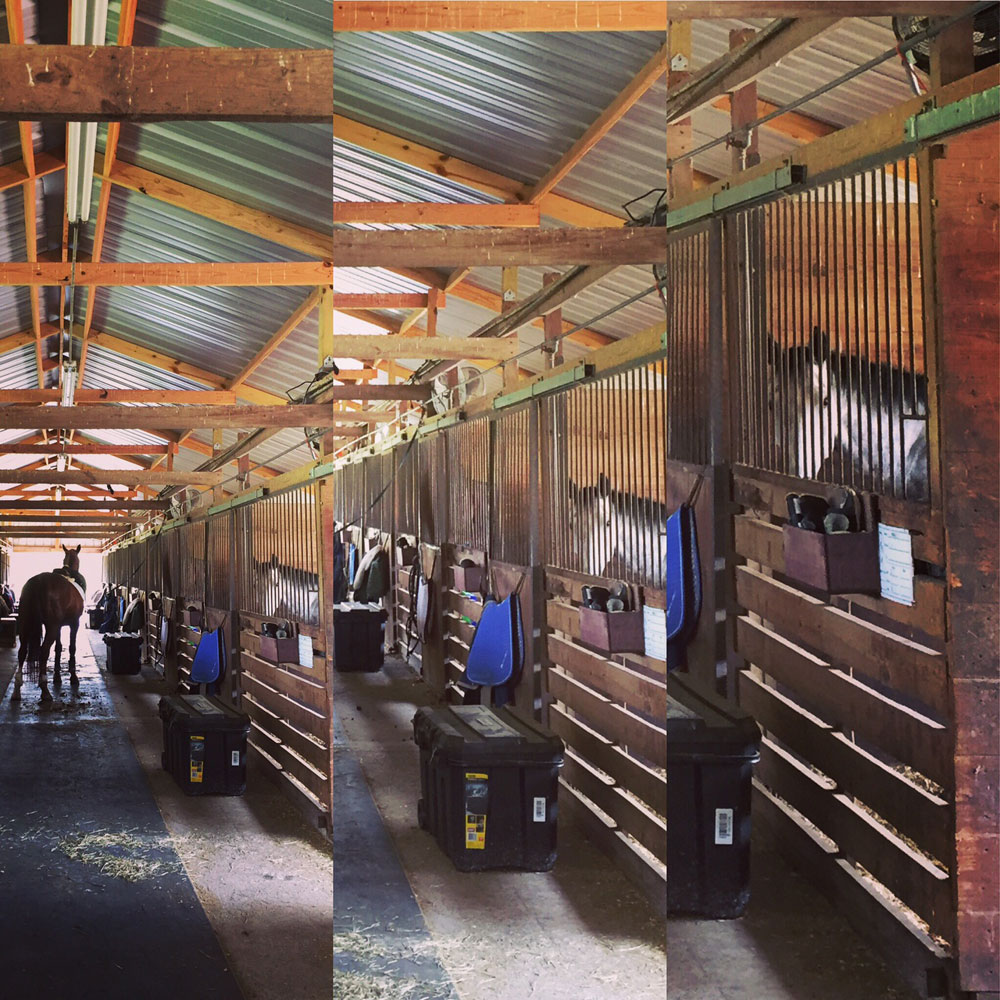 But thus began approximately three months of riding nothing but lesson horses.

The first lesson, I rode a lovely mare who gets along with everyone except me. And I learned I’m the problem. And my abs are weak. Some very jiggly sitting trot ensued. 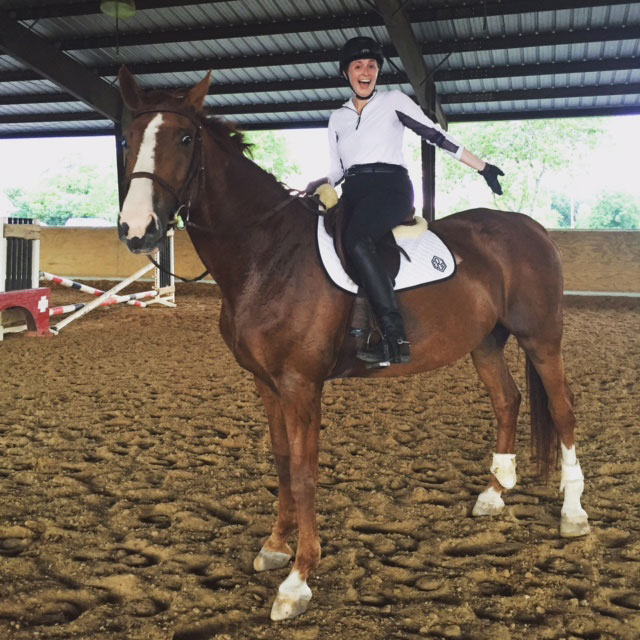 Next, I learned my right hip is tighter than my left hip. We evened my stirrups. We removed my stirrups. And after many lessons of feeling “like a bad eight year-old on a worse pony,” my right leg agreed to drop imperceptibly.

Then, I rode a really delicious, educated warmblood school horse that did unrequested tempe changes down the long side. That was when I learned I sit about as straight as a rollback. I started dropping my stirrups at the beginning of my rides and settling my seat bones equally. I consciously sat more evenly in the car and at the office and stood squarer while I waited to check out at the grocery store. And I rode a tiny bit straighter. 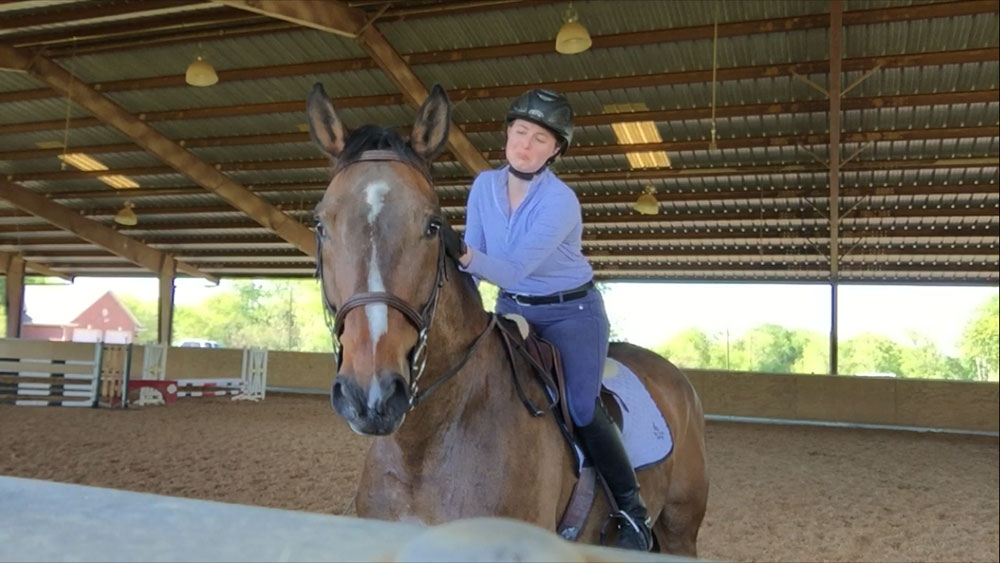 Then I jumped and learned at any given moment, I have twelve percent of the pace and impulsion I need, especially when I don’t see a distance (which, of course, is when you need a steady, forward pace most). Cut to me Googling “How to stop being a weenie while jumping.” I forced myself to carry slightly more pace than felt comfortable until it did feel sort of comfortable.

Every time I lessoned I seemed to be learning about a fundamental, George Morris-mandated ability that had wandered out of my repertoire. I had blamed all of these things on a certain green dappled gray. She’s wiggly. She’s grumpy. She’s lazy. She doesn’t want to. She’s avoiding my leg. She’s avoiding my hands. She’s avoiding life. Translation: She’s the one doing something wrong. And it had worked, because she is wiggly. She does get grumpy. She is frequently lazy, often doesn’t want to, and occasionally avoids everything. She is regularly doing something wrong.

But apparently, so am I.

And now, with some cast-free snorkeling under my belt, I’m ready to find out if the green bean thinks I’ve learned anything. I’m pretty sure she remembers me (since she destroys her stall if I don’t give her a mint before I leave). But once I get on, I have a feeling she’s not even going to recognize me.

*Many, many kudos to my lovely friend who caught, untacked, and I assume scolded this dappled gray butt. And drove me to the hospital even though I didn’t really want to go.

Resolving Conflicts with a Non-horsey Partner