Home Equestrian Lifestyle The Fragile and the Tenacious 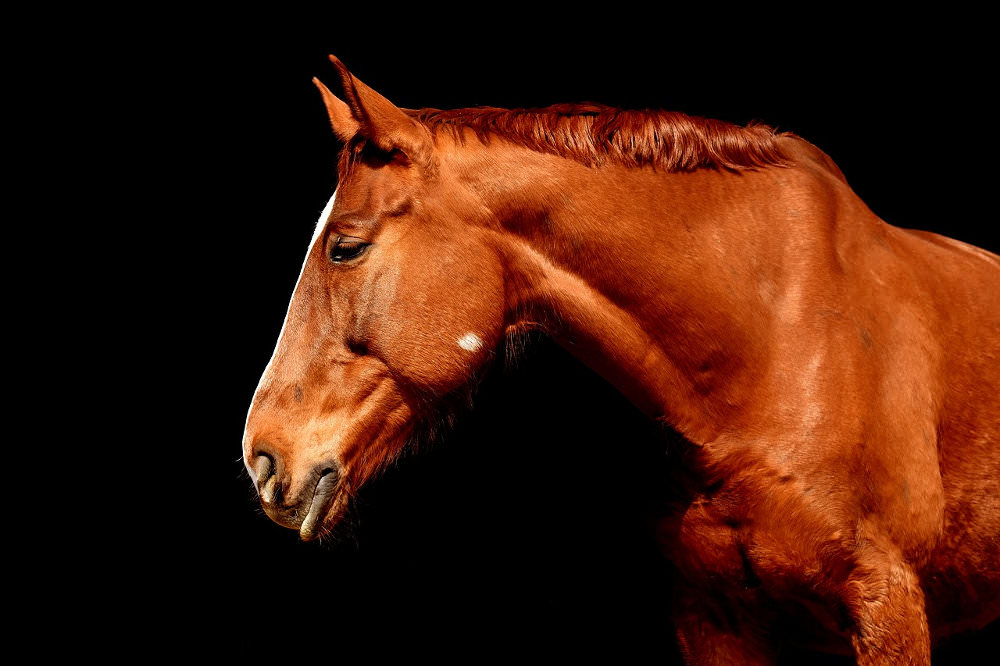 It was an ordinary day. Well, ordinary in the sense that I’d been rousted from my bed for a 4 a.m. emergency, forgotten my tea on the kitchen counter, misplaced my daybook, then realized that it was a government holiday and the drug shipment I’d promised to several clients would not be arriving for another 24 hours. Now it was noon, and the list of calls was growing.

On cue the phone rang. A good client needed a health certificate and wanted to leave within the hour if I could make it over. I checked the book and saw that I had another call right down the road, so I penciled them in and headed their way.

They were riding in the outdoor arena, and the horse I needed to examine was tied up and waiting for me. I completed his exam and paperwork and was just getting ready to leave, when a loud commotion stopped me.

A horse was thrashing and cartwheeling violently on the ground in a grand mal seizure. Several of us sprinted in his direction but his struggle was so explosive, no one could get near him. Coincidentally, another vet happened to be driving up to the arena to see a different client, and he jumped from his truck and raced to the horse.

We all looked helplessly at each other as the horse flailed around wildly, but no one could get close enough to him to even get a shot in the muscle. Finally, he dropped and lay still, and I was unable to find a pulse or a corneal reflex. We tried a shot of epinephrine and some CPR but it was too late. He was gone.

Stunned, I drove off to my next call 45 minutes behind schedule. Arrangements had been made to send the horse down to the veterinary teaching hospital for a post-mortem exam. We didn’t know what had caused the seizure and hoped that the university could provide some answers, but my hopes weren’t very high. Often the necropsy results failed to pinpoint the cause of death in a scenario like this one, but it was worth a try.

My next call was a bandage change on a little pony named Edmund, and I composed myself as I pulled up to the barn. I’d called and apologized for my lateness, and the owners were very understanding.

Edmund was one of my favorite patients, always agreeable and kind, and never minded anything I did to him. I’d just rolled thick combine cotton around his sore leg and smoothed it down when a terrifying crash caused both of us to leap into the air.

I managed to hang onto the cotton roll and quickly finished the bandage, then ran out of the barn leaving little Edmund in his stall. It was chaos. People were frantically running in all directions, and I quickly saw why; a lean-to shelter had collapsed on top of two horses, and one was fighting his way free of the debris while the other, a 29-year-old gelding named Red, lay pinned helplessly underneath heavy beams.

Someone ran for a tractor and others grabbed lengths of rope. I had a towing strap in my truck and grabbed a bottle of sedative. The pinned horse wasn’t moving and it was impossible to tell if he was still alive. The other horse had struggled free, and aside from a few scrapes, seemed OK. Someone put a halter on him and led him off to the wash rack to hose off his injuries.

After making sure nothing more was going to collapse on us, we crawled under the beams to assess the old horse, who blinked at us in surprise. Heavy beams lay all around him preventing him from getting sternal. Red’s vitals were OK, and there didn’t seem to be any major injuries anywhere. I debated whether or not to sedate him, finally deciding against it. I could always change my mind later.

We assessed the situation, and decided the easiest way to free Red was to simply drag him out from under the debris, as nothing was actually touching him. We were able to work the towing strap underneath his body and tied a bowline knot between his front and hind legs so the strap wouldn’t slip off. We hooked the other onto the waiting tractor, and slowly the driver eased the machine forward.

The strap grew taut and I feared Red would start to panic, but he lay still, keeping his eyes closed. His big body started to move forward, and slowly the tractor pulled him free of the wreckage. After he was clear, he lay peacefully, making no attempt to get up as we removed the straps. Could he even get to his feet?

Someone brought him a little chopped hay and he nibbled it, not even lifting his head. I was starting to fear the worst, when suddenly Red scrambled into a sternal position and then to his feet. He wobbled a little, then returned to the hay, eating faster. I checked him over thoroughly and found nothing more than a small scratch on his withers. He walked fine and trotted normally. Incredulously, I put some ointment on the scratch, and Red went to a different field for the night.
When I called to check on him, his owner laughed.

“Well, he’s eating, Doc. The day that horse stops eating, we’ll know there’s really something wrong! That ointment must have done the trick,” she teased.

Red lived another uneventful three years and showed no ill effects from his ordeal under the collapsed shed.

The necropsy results came back from the university on the collapsed horse from earlier in the day, and showed the cause of death to be a spontaneous brain bleed. I marveled, as I always did, at the tenacity of certain animals and the fragility of others.

Digging in Your Heels
Bringing Up Baby
A Small Advantage 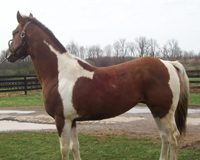