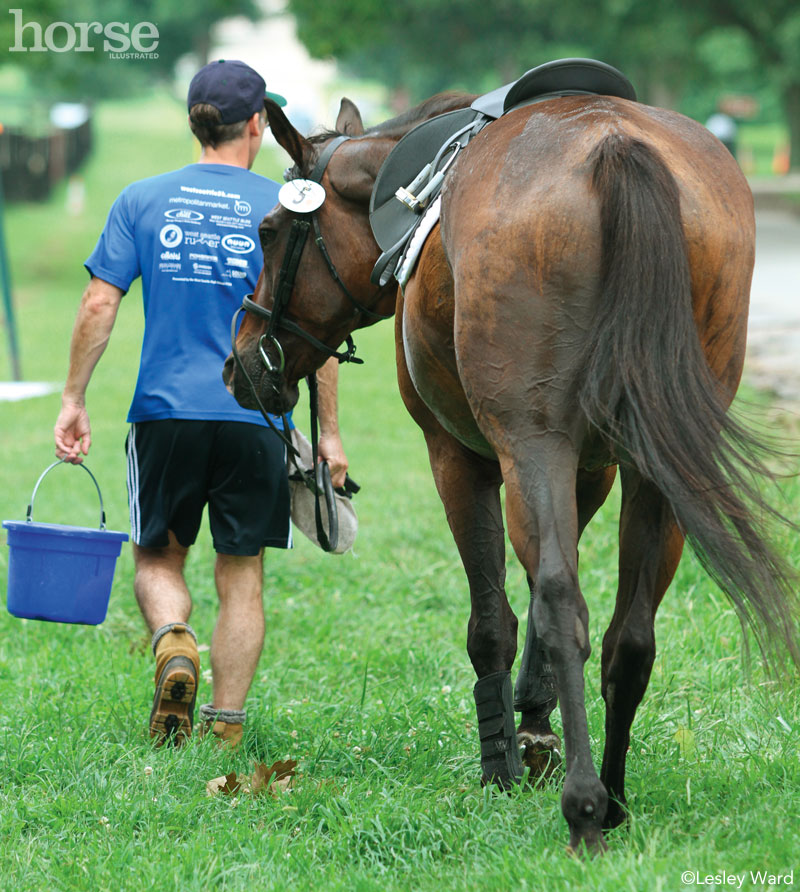 I suppose my trainer was right. Many of my barn mates were impressed when my boyfriend attended my recent show. Their significant others were golfing, sleeping, or anywhere but there. Horses, horse shows and equestrian events are a completely different world, and not every guy is prepared to deal with that. However, some have perfected the art of loving a woman who loves horses.

I recently brought my boyfriend with me to my first horse show in over four years. It’s important to note that he knows nothing about horses. He’s come out to the barn with me a handful of times and watched some lessons, but he’s nowhere near horse obsessed.

He did great. He had no idea what he was in for, and in my opinion, he was the best horse show boyfriend possible. He hung out with my dog, took pictures from the stands and was ready to hold my horse for me if I needed to run into the show office.

I decided to take a look into the qualities of successful horse husbands. They all share a common trait: their significant others have the horse bug. Some of these men have horse knowledge. Others only know what their woman has taught them. Either way, they’ve helped me compile what I hope will be a valuable resource: The Horse Husband’s Survival Guide.

RULE NO. 1: Accept Her Obsession

People outside of the horse world are often baffled at the price tag that accompanies our sport, so it’s easy to understand why many horse husbands could question our spending habits.

Phil Gilson and his three-day eventing wife, Melanie Helms, live in Evansville, Ind. Phil and Melanie have been married for 20 years. Gilson says his wife has been riding her whole life, so it’s safe to say he’s a trustworthy source when it comes to advice for horse husbands.

“Don’t judge [the horse world] by your own experience,” he says. “Judge it by your wife or partner’s experience, because I think when you look at it from the outside, it looks like a complete waste of time, energy and money. However, I think they get something from it that you can’t put a time or dollar figure on.”

Melanie actually isn’t the only horse enthusiast in the family. Phil is also involved in the horse world, but in a different way. He owns and races Thoroughbreds. According to Phil, his wife’s riding and his racing interests make a nice mix.

Trey Helms is husband to hunter/jumper enthusiast Alex Helms. The couple lives just outside San Antonio, Texas, and their horse Aspen lives on their property.

While Trey does occasionally ride, he doesn’t consider himself the main horse enthusiast of the family.

“My sport is pleasure riding,” he says. “Actually, feeding the horse is my sport. That’s my contribution; we’re a team. Horseback riding isn’t an individual sport—it’s a team thing. I’m the one who feeds the one that does the jumping.”

While elements of horse ownership may be a one-person job, the concept of working as a team makes it more enjoyable for everyone. And as equestrians, we hate having to juggle time spent with our men versus our horses. Therefore, if the men in our lives enjoy time with our horses, everybody wins!

However, it’s not a requirement that the horse husband spend time with horses. As long as he’s supportive of his wife, the peace can be kept.

For many riders, horse shows are an element of equestrian life. Whether it’s a show recognized by a large association, a local rodeo or even participation in a parade, a horse husband’s support is incredibly valued and appreciated.

Keep in mind that there’s more than one way to support your woman in the arena. It all depends on her goals as well as your personalities and relationship. I know one friend who prefers for her husband to support from afar; his presence and questions at the show actually stress her out.

One inevitable component of almost every horse show is waiting around. There will be a schedule, but depending on the number of riders in classes, the availability of trainers, the weather, et cetera, you can almost always expect to be at the showgrounds for a substantial part of your day.

For Charlie Wilson, husband to hunter rider Marilee in Dallas, Texas, the downtime is to be expected. “At horse shows, be prepared to be supportive and to wait around,” Charlie says. “Also, be ready to lend a hand preparing the horse and stall.”
Phil also says the downtime is his least favorite part of the horse show experience.

However, downtime doesn’t have to be negative. If you’re prepared for it, it’s not so bad, especially if it’s a beautiful day outside.

“My favorite part of horse shows is the way that riders bond with their horses,” says Phil. “The competition is secondary to that.”

“My favorite part of horse shows is when Marilee wins,” says Charlie. “Although I don’t care how she places as long as she’s happy riding the horse.”

Trey’s advice complements that of Phil and Charlie. “At horse shows, the best thing you can do is be available to do anything she needs,” says Trey. “Take that a step further: Be available and don’t ask why.”

Charlie also advises against trying to rush the rider, and Trey reminds fellow horse husbands that if your wife doesn’t have a good class, don’t say anything. Leave her alone and let her have a moment with her horse.

Charlie also mentions an important lesson he learned at one of his shows with Marilee. “I need to be careful about what I say about other horses at the show. My filter’s not very good.” 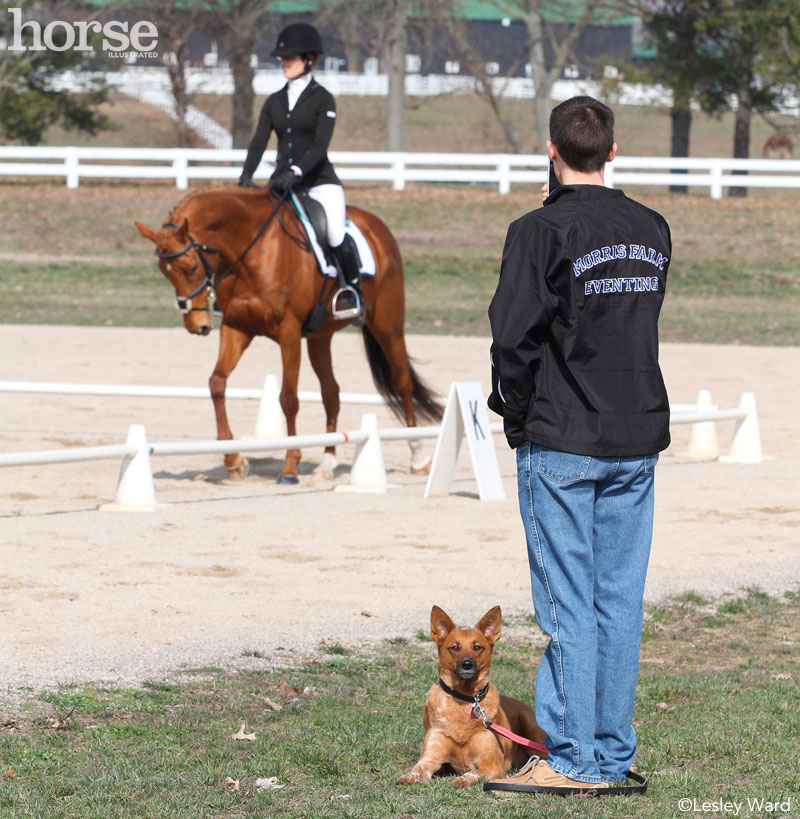 What do Horse Husbands Want?

Any relationship is a two-way street, so there are definitely things we can do to help support our horse husbands.

There’s a reason why my trainer in college told non-horsey barn visitors that horse shows and barns are places where you could get yelled at; horses can sometimes create stressful situations.

Perhaps your horse just spooked and broke the cross-ties and is now running amok through the property. While this a less-than-ideal situation and it’s important to catch your horse before he hurts himself or anyone else, don’t take your frustration out on your man. Remember, he’s there to support you.

And finally, no matter how your husband supports you, whether he’s helping feed, taking care of things at home so you can go the barn, or standing ringside at every show, remember to let him know how much you appreciate him.