Home Equestrian Lifestyle The Lighter Side of Castration 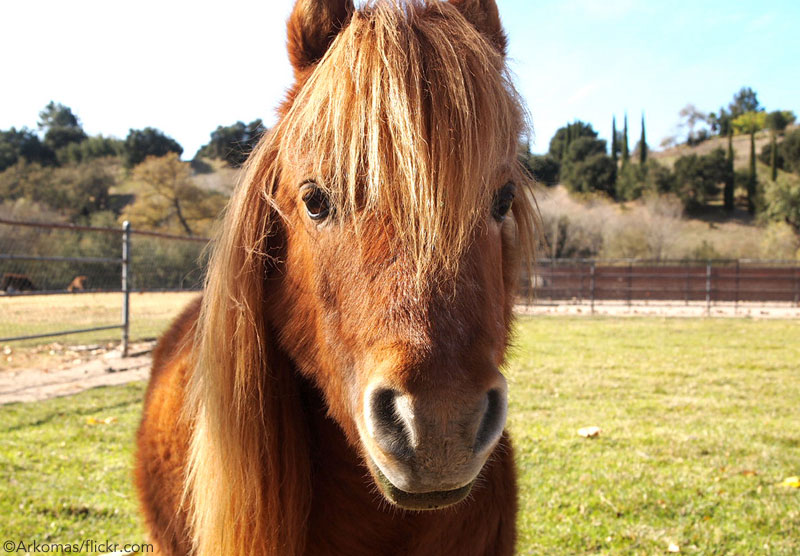 One of the many roles a veterinarian plays is that of educator and I really enjoy teaching clients about the health of their horses. Most of the time, my impromptu lessons are one-on-one, as I’m describing the healing process when stitching up a laceration on a Thoroughbred or as I explain what colic means while sticking a nasogastric tube up an impacted pony’s nose. This type of teaching environment suits me best, as I tend to be a little reserved.

Occasionally, however, I find myself facing a bigger audience.

Take the case of Rocket. Rocket was a cute, chestnut miniature horse about two years old. Owned by some of my favorite clients who owned a small boarding stable, Rocket on one particular day had an appointment with me for castration. One thing I should mention here is these clients had lots of children. And it seemed like their children had lots of friends. And every one of these kids loved Rocket; he practically had his own fan club.

As I was setting up the surgery site, which in this case was the barn aisle, I suddenly noticed a gathering of small people in my peripheral vision. Whispers of “what’s going on” and “what is she doing” swirled around until I realized this moment was becoming an uber-teaching moment. I rose to the challenge.

Directing the kids to pull over some straw bales as seats, I explained Rocket was having surgery. They all sat quietly and watched as I anesthetized Rocket and rolled him on his back. As I began to make the first incision, I described what I was removing and, if they wanted, the kids were free to don some latex gloves. Then I started passing around a testicle.

At first there were a few hysterical screams, but after admonishing words from the parents, the kids overcame their initial revulsion and curiosity got the best of them. Passing the first testicle around, the kids became more interested in the surgery. After a minor disagreement over who got to hold the testicle, I assured them a second one was coming. Minutes later, after I placed another set of tight ligatures, I passed the second one forward.

One little girl was watching my every move with a particularly keen eye. I love interacting with young people who aspire to be vets and I remembered this kid was such an individual. I explained to her how it’s very important to remove both testicles and that sometimes, one testicle is much easier to remove than the other, but there are always two. Suddenly, the girl asked, “What if there’s a third one?”

I paused, taken aback. A third testicle? I’ve never heard of such a thing. Then I just couldn’t stop laughing. What a totally reasonable question!


After the surgery was complete and I walked a groggy Rocket back to his stall to sleep off his sedation, I made sure all testicles-all two of them, that is-were accounted for and in the trash. One kid wanted to take one home but his parents quickly nixed that idea.

Rocket’s owners apologized profusely for the unexpected audience but I assured them it was perfect. I couldn’t imagine a better venue to do what I love with a rapt audience and have a good chuckle at the end of it all.

ANNA O’BRIEN, DVM, is a large-animal ambulatory veterinarian in
central Maryland. Her practice tackles anything equine in nature, from
Miniature Horses to zebras at the local zoo with a few cows, goats,
sheep, pigs, llamas, and alpacas thrown in for good measure. Follow her on Twitter: @annaobriendvm. 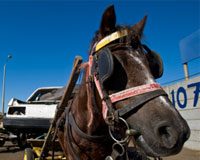