Home Lifestyle The Old Round Pen 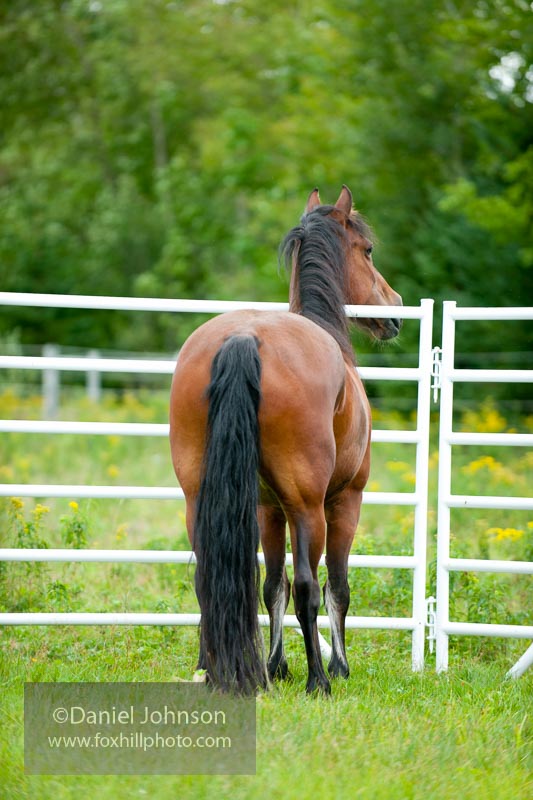 “If I were moving this thing,” Grandpa told me, “I’d use the little tractor.”

He was leaning against my round pen, which was made out of metal “portable” corral panels. Of course, “portable” was a relative term. Sure, it was movable—something you can’t say about a wooden fence or a permanent electric setup—but it wasn’t featherlight. Each panel—as made clear from the manufacturer’s sticker attached to each one—weighed exactly 58 pounds, and there were twenty of them.

I was seventeen at the time, and used the corral panels for many jobs: for training young horses, or occasionally for rotational grazing. Whenever I needed the round pen moved for some reason, my transportation method was the same: separate each panel from each other, stack them one by one on a wagon, drive them to a new location, and set it up all over again. It took time—something that, at seventeen, I had plenty of—but it was also pretty tiring work. Luckily for me, Grandpa was always on the lookout for ways to help people work smarter. Still, I didn’t get what he meant at first.

“I do use the tractor,” I told him, indicating the wagon.

“No,” he said, “I’d use the little tractor to just pull the panels on the ground, all hooked together…”

I caught on quickly. Grandpa and I attached the tractor to a corner of the corral with a length of chain, and, over time, perfected the process of sliding the entire round pen around—no muscles re-quired. The round pen would slowly lose its shape as you pulled it, but if you were careful and occa-sionally changed directions, it was possible to move the entire pen a great distance without taking it down and without separating any panels. The time savings was enormous.

Of course, it put a little wear and tear on the fence. And occasionally I would accidentally pull too long in one direction, and watch in dismay as the whole works fell over. But those times were rare. Mostly, Grandpa’s idea was perfect, and I used it for many years.

Over time, one by one, the panels began to wear out. A few corner pieces bent over time; a few connectors twisted. Some rusted out. Others were pushed too far by clever ponies who discovered they could lean against the panels to access new grass.

As these events took their toll, the pen became smaller and smaller, but still useful. Eventually, I replaced the old round pen with a sleek new white version that sits in a more permanent location. But once in a while, I still need the old pen for some reason or other. And at those times, I know what to do: get the little tractor, hook on, and let her go.

Thanks, Grandpa. Your ideas still work.

Like many farm-related activities, moving corral panels with a tractor, as noted, has the potential to be very dangerous and caution must be taken. Dan says, “Don’t try this at home!”