It’s the land of kangaroos and wallabies, kookaburras and koalas. But it’s also a realm with a rich horse heritage and some amazing places to ride.

It’s Australia, of course, both a country and a continent, made up of states and territories, each with its own unique character. Riding in this amazing part of the world is an experience you will never forget.

Local riding stables throughout the country cater to visitors, each with the goal of showing off the natural beauty their region of Australia has to offer. 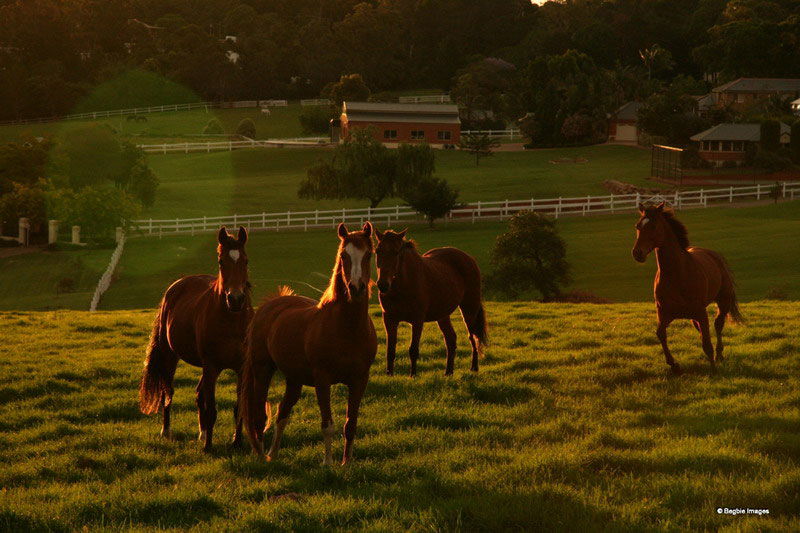 More Than One Horse by Patrick Begbie on flickr/CC BY 2.0

New South Wales is probably the best known of the Australian states because it is home to the city of Sydney. Located on the east coast of Australia, New South Wales is also famous for its vast beaches, stunning mountains and beautiful forests.

Rolling hills and bucolic scenery greet those who ride in the more rural areas of New South Wales. The Snowy Mountains, of The Man From Snowy River fame, are located here, and represent the highest mountain range in Australia.

The state of Victoria, just south of New South Wales, boasts the High Territory of Australia, a mountainous region filled with spectacular views. Mt. Bogong, in Alpine National Park, rises up to 6,516 feet, making it the tallest mountain in Australia, and is part of the region known as the Victorian Alps. Trail riding in this area provides riders with spectacular mountain views as well as vistas of peaceful green valleys in the lower elevations.

To the north of New South Wales is the state of Queensland, home to the city of Brisbane. An easy drive from “Brissy” is the Sunshine Coast, with miles of beautiful beaches. Just inland are forests of gum trees, where kangaroos and koalas make their home. 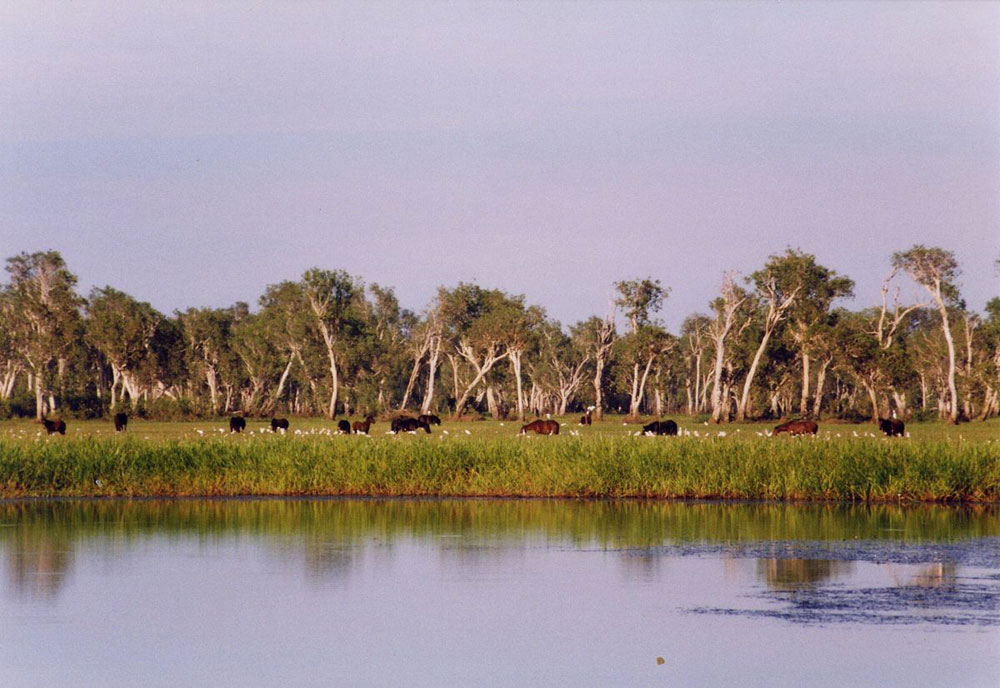 Brumbies Kakadu National Park by Cgoodwin – Own work, CC BY 3.0

A Wild Landscape in the Northern Territory

The Hills of South Australia

South Australia borders the Northern Territory, and is known for the stunning Adelaide Hills, Mt. Lofty and its many vineyards. Trail rides here show off the gentle beauty of this part of the country. Southern Australia is also home to the Great Australian Bight, a coastline with steep cliffs, beaches with high waves and rock platforms ideal for whale watching. 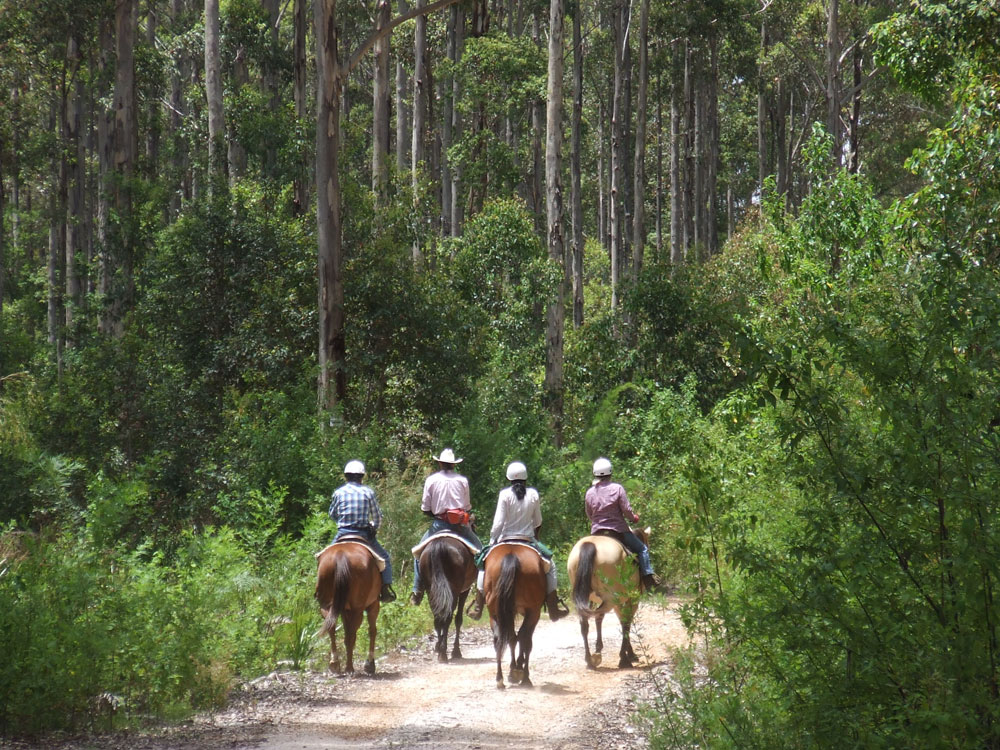 Western Australia covers one third of the country, making it the largest of the Australian states. Home to the city of Perth, Western Australia is also known for its natural splendor. The Southern Forests feature some of the tallest gum trees in the world, and trail riders can experience them first hand. Filled with unique flora, this part of Australia is both picturesque and rife with wildlife. The area is also known for its vine-clad hillsides, fertile orchards, dramatic cliffs, and white, sandy beaches with views across the vast Indian Ocean.

The Island of Tasmania

Tasmania is the only Australian state that is not part of the mainland. This unique island features peaceful farmland, pristine beaches and forested highlands. Trail riders can experience all of these environments while also seeing some of Australia’s most unique wildlife. 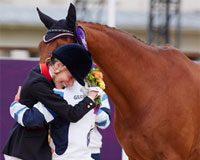