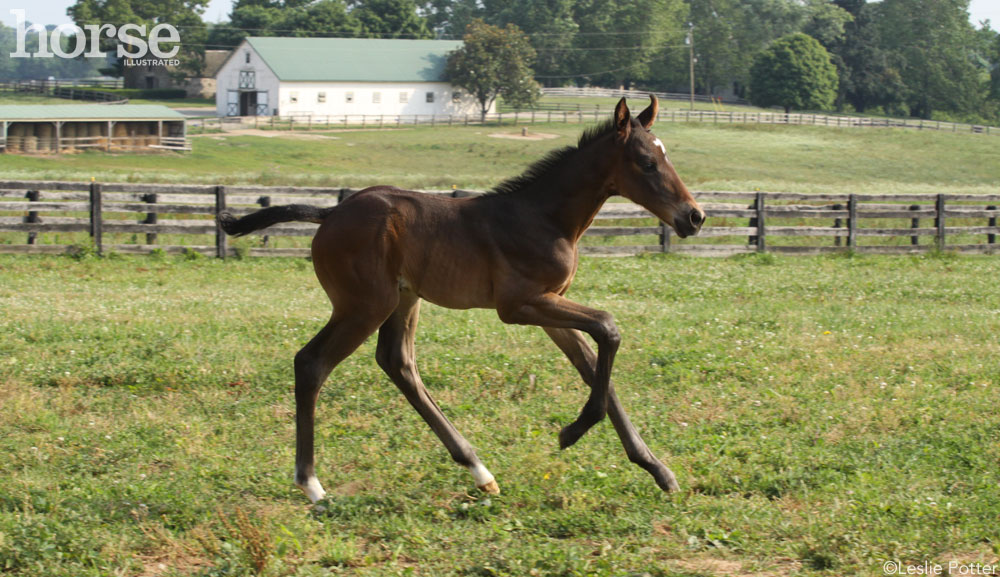 From new foals to spring grass and overly exuberant pasture playtime, spring is the busiest time of year for equine vets.

Put on your sweatband and turn up the Rocky theme song: it’s spring. In the horse world, that means foaling time, colic cases, laminitis from new lush grass, and a multitude of other health issues that pop up when our horses are feeling their oats with the thaw of winter.
As an equine veterinarian, spring is the busiest time in practice. Mix in the emergencies as listed above with the standard spring vaccination appointments and Coggins testing to start the show season and that recommended eight hours of nightly sleep goes right out the window. So how do us vets stay in top shape? Here’s our secret training schedule.

ANNA O’BRIEN, DVM, is a large-animal
ambulatory veterinarian in central Maryland. Her practice tackles
anything equine in nature, from Miniature Horses to zebras at the local
zoo, with a few cows, goats, sheep, pigs, llamas, and alpacas thrown in
for good measure. Follow her on Twitter: @annaobriendvm.