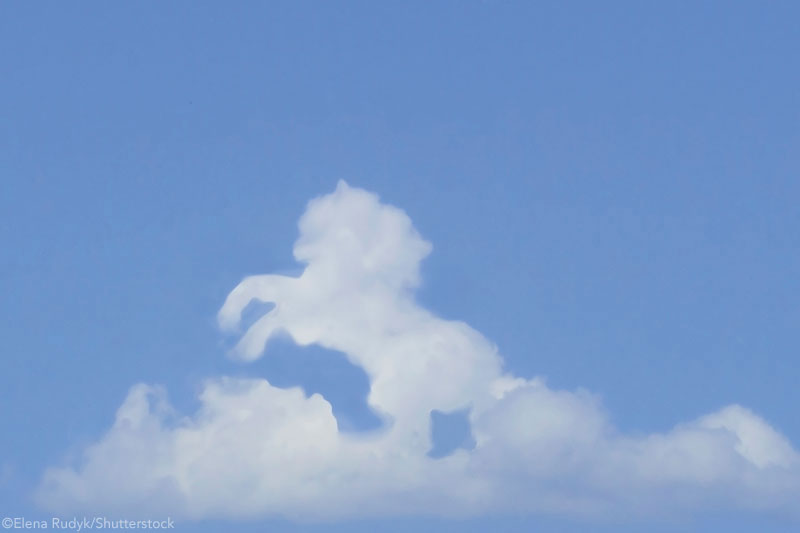 About six months into my internship, I was starting to gain a little confidence. I had been handling some simple calls on my own, and little by little, my skills were building and the clients were starting to request me, which was a nice change from “Don’t send that new girl!” I still had a lot to learn, but things were going well.

I was way up north in upstate New York and had just radioed into the clinic that I was on my way back in. It was almost 5 p.m. and I still had an hour drive ahead of me. The front desk confirmed, signed off, but then quickly radioed back.

“Dr. Diehl, hold on a minute. We’ve got a call for a downed horse. Stand by.”

I pulled the truck over to the side of the road and waited for what felt like forever. Finally the radio squawked again, and I received the details of the situation and directions to the farm. I turned around, and got back on the highway heading north, the exact opposite direction of the clinic. I tried not to think about the patients in the clinic. The evening treatments and checks were my responsibility, and now I would probably not be back for several hours.

I checked the map several times and soon realized that it was going to take me another 40 minutes to get to this horse. I thought of my dog at home crossing his legs, and for the fourth night in a row, called my landlords to ask if they could let him out.

My attention returned to the situation at hand. A downed horse! I’d helped other vets on a few downed horses, but they were often complicated cases, and slings and tractors were usually required to get the animal on his feet. Normally a lot of help was required in these situations and I didn’t even have an assistant with me.

I did a quick mental assessment of the medicines on the truck and rehearsed what I would do when I got to the horse. He’d need an IV catheter and some fluids. Did I have calcium in the truck? Yes, I’d tossed a bottle in last week, and there was dextrose too, and plenty of fluids and extra IV lines. I went over each possible scenario obsessively, and by the time I pulled up to the farm, I felt ready to handle anything.

The woman met me at the truck. She was missing most of her teeth and was so wall-eyed that I didn’t know where to look, so I focused on her nose. She explained the situation, telling me that the horse was quite a distance into the woods, and there was no way to get my truck to him so we’d be on foot if that was OK. I loaded what I thought I’d need into my tote and we began the walk. We’d only gone a short distance when she stopped and turned to me conspiratorially.

“Do you have the grape juice?” she whispered.

“The GRAPE JUICE, doc! You know, the death shot. Just in case.”
I didn’t have the death shot in the tote, so I trudged back to the truck, pulled out a bottle of euthanasia solution and several large syringes and tossed them into my kit. She was satisfied and off we went.

I followed her through the woods for at least 10 minutes before we came to a clearing. I could hear the flies buzzing long before I saw the horse.

He was on his side, eyes wide open. His front legs were folded together, and flies crawled out of his mouth, across his eyes and over his ears. I noticed a brown, orange and yellow knitted afghan draped over his body, along with a large pair of overalls and a doll’s quilt.

The woman was explaining how he’d been sick and they’d been nursing him since yesterday. There was a soup bowl by his head with a spoon still in it, and a jar of molasses sat nearby.

I set my kit down and said a few sympathetic phrases, placing a hand gently on her shoulder. She stared at me like I was crazy.
“Doc, you come all this way! Aintcha gonna do something for old Joe?” I stared at the horse and at her. “But … but he’s dead,” I said stupidly.


She squinted suspiciously at me. “Howdya know he’s dead?” She pointed at him, then planted her hands on her hips, jerking her chin at me. “He’s still warm!”

I looked up at the clear blue sky, the burning sun just starting to set, and at Grandma’s afghan and Uncle John’s overalls draped over the lifeless horse. I thought about pointing out the horse’s rigor mortis posture but decided against it. Instead I drew out my stethoscope. Waving the flies aside, I auscultated his chest, trying not to watch the flies crawling across his dessicated eyeballs.

“Nope, his heart’s not beating. He’s definitely dead.” I said, rising to my feet and picking up my kit. “Poor old Joe. It looks like he had a good long life and…”

She stopped me again. “Now Doc, what if he’s not really dead? Then what?”

“But he’s still warm!” she insisted again, glaring at me. “You can’t just leave him like this!”

She stood in front of me, hands back on her hips, then something seemed to occur to her.

“I want you to put him down!” she announced “Use that grape juice you brought. Then I’ll be sure.” She nodded to herself. “Yep. That’s what I want.”

I started to argue, but she’d made up her mind and continued to utter, “Yep. Grape juice. That’s what I want. Yep. Grape juice.”
What else could I do? I drew up the grape juice and euthanized old, dead Joe on the spot. It was the smoothest euthanasia I had ever performed.

I pulled out my stethoscope again and she waved me away.
“No need for that, Doc. I don’t need a whopping big vet bill. He’s dead all right.”