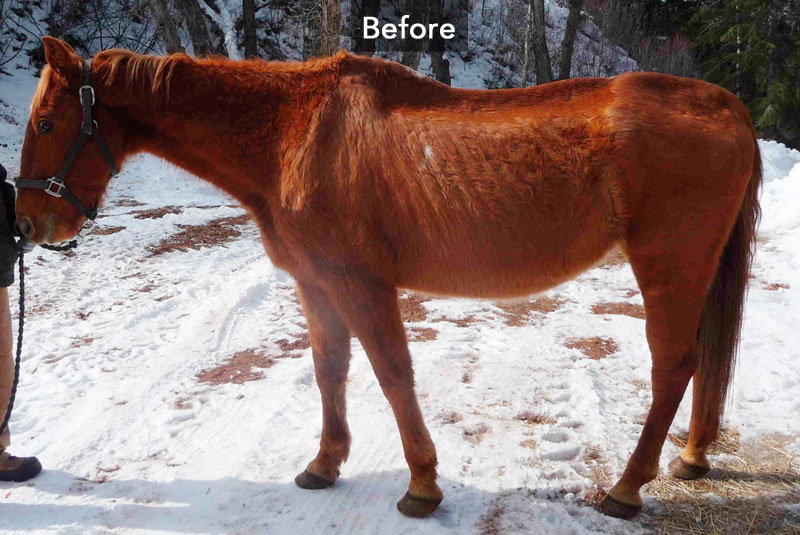 I Studied the dental radiographs of the big chestnut horse that had just arrived at the horse rescue. He was alarmingly underweight and quite old, had awful feet, a heart murmur, and dental problems so severe I’d insisted on taking the radiographs after checking him over.

With almost 70,000 horses headed to slaughter every year and increasing numbers of unwanted horses across the country, horse rescues everywhere were maxed out. The money this group would spend trying to fix the old horse could help feed and care for 10 younger and healthier horses.

“We call him Duke,” the young woman at the rescue said, wiping tears from her cheeks. “His manner, his dignity, everything about him is so special. And after all he’s been through …”

Duke’s body was so emaciated that his head looked comically large. He’d been intentionally starved at his last home, the mute victim of a nasty divorce. He’d stumbled off the trailer, barely able to walk or lift his head, and the kind volunteers had called me immediately.

Despite his ordeal, he stood trustingly before us in his brand new halter. He’d had a bath, and his sparse mane and tail had been combed out. Someone had even put hoof oil on his feet. He looked so sadly hopeful that I had to look away.

I gave an estimate for Duke’s vet care, and the volunteer stared at the ground, clutching Duke’s lead rope as I spoke. I’d done what I could to keep the price low for the rescue but with so many horses needing help, it was still a lot for them.

“Really, the kindest thing would be to consider putting him down,” I continued, trying not to see her tears and the way that he bent his head to her as she stroked his face. Duke’s brown eyes were soft, and he closed them blissfully as she rubbed his head.

The young woman twisted the lead rope between her fingers as I took a deep breath to finish. I had to be practical. The rescue depended on me to make medical decisions that were based in reality, and we just couldn’t save every horse that came in.
The words caught in my throat as I looked at Duke. The woman looked up quickly.

“Dr. Diehl, let’s just give him a chance. We can’t spend a lot on him, but maybe just some good food and the dental work? We really want to try to help him.”

I was in. All I could think about was this gentle old horse waiting quietly for someone to feed him at his last home. I wrote out a cautious re-feeding plan as sudden amounts of food could be potentially fatal to a starved horse, and Duke’s rehabilitation began.

When he was strong enough to tolerate some dental work, I labored for almost an hour, smoothing sharp points and hooks, and working some infected teeth free. Duke still looked awful, and it was hard to say if he’d gained any weight or not. As I packed my gear, I shook my head. Were we doing the right thing?

After two recheck exams, Duke still didn’t look any better, and I knew I’d done what I could. Why were we putting this poor old horse through all of this? Why hadn’t I been firmer about putting him down?

It was almost three months before I saw him again, although I spoke to his caregivers regularly and received encouraging reports. The aspen leaves had turned yellow and the air was crisp as I got out of the vet truck.

I searched for Duke, and finally saw him in a small pen away from the other horses. My heart sank as I took him in—jutting ribs, prominent hips and a dull coat. He’d gained no weight at all!

An eager volunteer whistled loudly, the shrill sound ringing in the air. Several horses galloped into view, a shining chestnut in the lead. His full neck and taut torso rippled with muscle, and his mane shook as he bounced to a stop. But all I could see was poor Duke languishing in his little pen, and I was filled with shame.

The girl beamed at me. “Doesn’t he look great? We’re just so thrilled with him!”

Typical horse rescue volunteer, I thought, conveniently forgetting my role in Duke’s failed rehabilitation. Was she the one responsible for the glowing reports I’d been getting? Well, it was over. Duke had suffered enough and we were putting him down today.

“No!” I snapped. “He looks awful!” For good measure, I pointed to the shining chestnut. “Look at the difference between Duke and that horse!”

She started to laugh as the shining chestnut in the field pranced towards us. “Dr. Diehl, that is Duke! That skinny one in the pen just arrived this morning. We were hoping you could check him out while you were here!” 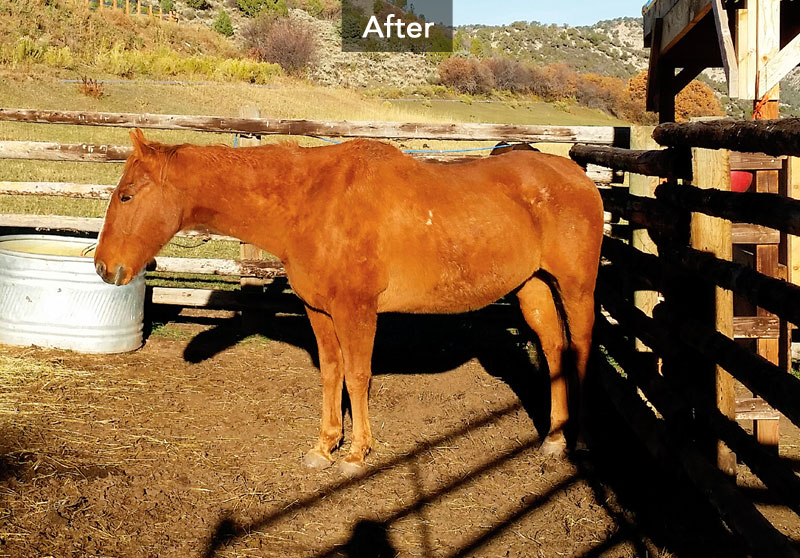 COURTNEY S. DIEHL, DVM, has been an equine veterinarian since 2000. After an internship at a private referral practice in Saratoga Springs, N.Y., Diehl then owned and operated a solo equine mobile practice in Eagle, Colo. She went on to complete a fellowship in internal medicine and critical care at Hagyard Davidson McGee in Lexington, Ky., before returning to Steamboat Springs, Colo., where she remains in private practice. Her first book, Horse Vet, Chronicles of a Mobile Veterinarian, was published in 2014, and she is currently at work on her second book.