My vet schedule for the day had been carefully planned, with the goal of finishing early so that I could run some errands. My girls, ages 7 and 5, were off from school, so like any good working parent without child care, I’d stuffed them into the truck with a backpack full of snacks, extra clothes, water bottles and games, and brought them along.

It was winter and bitterly cold, so the girls mostly stayed in the truck while I worked on my patients. They’d been able to play in a warm barn at our last stop, and unable to interest them in the large abscess on a mare’s flank that I’d lanced and drained, I’d watched them out of the corner of my eye as they played pretend horses in an empty stall. 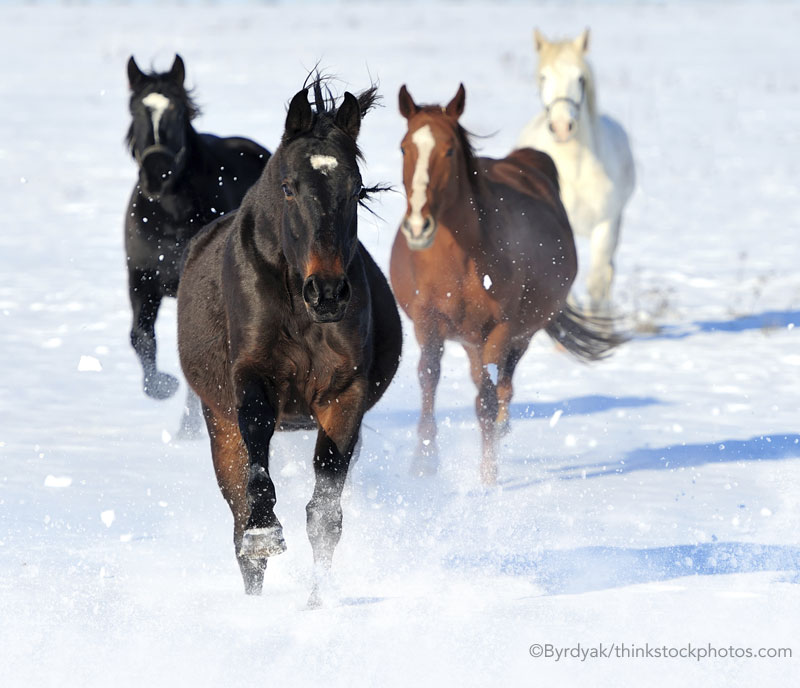 We were ahead of schedule, and as we drove off, my phone rang. It was the next farm cancelling their appointment to ultrasound several pregnant mares. While I normally hate last minute cancellations, this time I was grateful. I drove happily toward the supermarket, knowing that the girls and I could do a more leisurely shopping trip, rather than my usual dash and grab, then head to a meeting with my accountant, and finally hit the bank before it closed.

I should have known better. Aristotle’s postulate, horror vacui, better known as “nature abhors a vacuum,” was an inevitable consequence of having an empty slot in a packed schedule, and the repercussions were often dire. And right on cue, my phone rang. It was the farm where my horses were kept. They needed help moving a large hay bale to the outside feeder, and I had to check one of my own horses that seemed lame.

OK, this wouldn’t take long, I reasoned. They had a huge tractor to move the bales, and my job would be to help get a bale loaded, open and close all pertinent gates and attach a large hay net over the bale to slow greedy horses down. Plus a quick lameness exam on my own horse. Thirty minutes at the longest and we’d be on our way.


Things went well until the loaded tractor moved into the pen. My oldest daughter insisted that she could close the gate behind us, so I left her to it. The bale had dropped nicely into the feeder, and I was tightening the hay net when I realized that the horses were no longer jostling around me. I looked up with dismay to see an opened gate, two little girls climbing happily on the hay stack, and a small band of horses headed at a fast clip up the driveway toward the main road.

I dove for my truck and barked a firm order at the girls to stay put. The horses had reached the main road, and as I pulled out behind them, they turned up a long driveway. They reached the top, swirled about the outbuildings briefly, then headed back down the drive as I tried to park sideways to block their exit. Despite my arm waving, they flowed past me, but fortunately turned back toward home. This seemed like a great opportunity to observe and assess any lameness problems, and I decided that everyone looked just fine.

Whew, I thought. The horses would see the new bale in the feeder and go into their field, and I’d still be on schedule. Except they didn’t. They stopped briefly at the hay stack, my daughters watching wide-eyed from their safe perch, then to my horror, they made a sharp left turn onto the train tracks that crossed the property and took off down the line.

This was really bad. Coal trains ran on this line frequently, and I had no idea when the next one was due. I sprang from the truck, snatched a halter and took off in a panic after them, screaming for them to stop. I quickly realized that screaming and running at high speed, wearing Sorel boots, a neck scarf, wool hat, work coat, leather gloves, and coveralls was not sustainable. Frantically, I began discarding items as I ran, unsnapping my coverall legs, which flapped around me like batwing chaps. I watched the disappearing rumps of the horses growing smaller and smaller as tears began to gather in my eyes. They were all going to be victims of the next train and I couldn’t stop it from happening.

I whistled loudly, again and again, and called, trying to make my voice less frantic, and by some miracle, the lead mare slowed, then stopped and moved off the tracks looking for winter forage to browse. I slowed my pace, not wanting to push them into running again, and forced my voice to be calm. I was finally able to walk right up to the group and lay a rope over the lead mare’s neck. The property owner had caught up to us and haltered one of the young horses, so we headed back, gathering up my hastily flung items of clothing, the loose horses keeping pace with us.

The Light at the End of the Tunnel

We were halfway there when I stopped dead at the sight of headlights on the train tracks headed toward us. My voice, already hoarse from screaming, was a ghastly croak as I pointed in horror at the oncoming train and tried to alert my companion to our impending doom. Expecting complete panic, I was nonplussed to see him calmly plodding along with the horses.

It was, and he did. The plow chugged to a halt, its driver staring as we moved past him. I gave him a shaky wave which he did not return. We restored the non-lame horses to their pen, firmly latched the gate and I loaded two guilty little girls into the truck . They promptly informed me that they were not only cold but also hungry and all of the snacks were gone. And it was too late to get to the bank.

I could still do the grocery shopping, but it was rush hour now and the store would be packed. Oh well. As I drove, I resolved to always double check gates closed by little girls. I also resolved to stop reading Aristotle.

COURTNEY S. DIEHL, DVM, has been an equine veterinarian since 2000. She resides in Steamboat Springs, Colo., where she is in private practice. Her first book, Horse Vet, Chronicles of a Mobile Veterinarian, was published in 2014, and she is working on her second book.