Checking mares for pregnancy is a big part of my practice. I use an ultrasound machine so that I can be as accurate as possible, since palpation alone usually cannot detect pregnancy problems like twins or early embryonic death, and it also can’t detect a heartbeat on a viable fetus. When a mare owner can see a beating heart on a 35-day pregnancy, it’s a really neat moment for them.

Most barns know my routine and have a table, wheelbarrow or hay bale waiting outside of the stall for me, and an extension cord nearby. 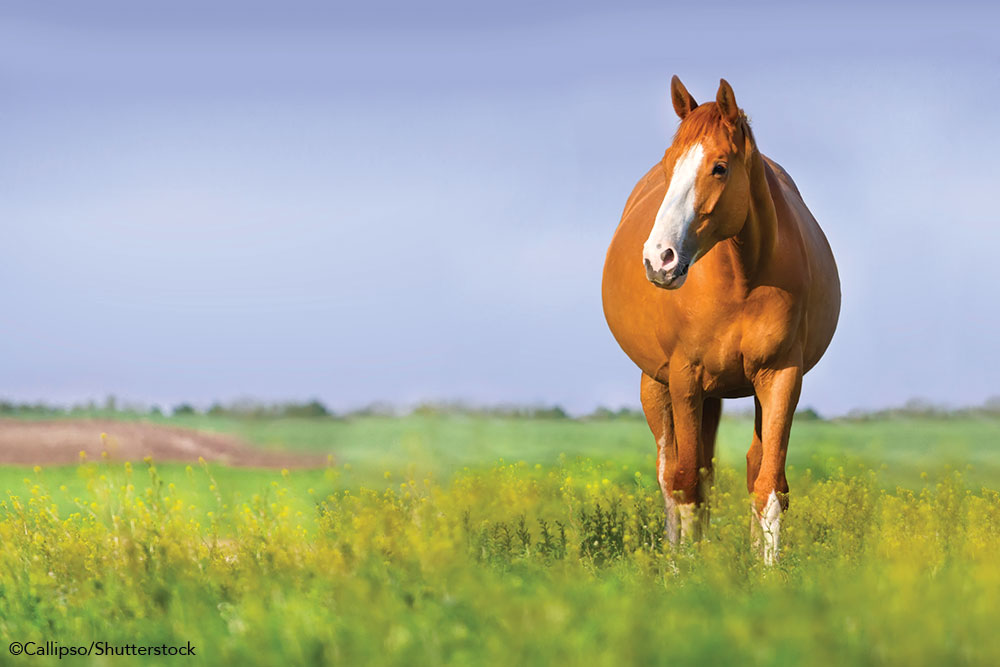 It doesn’t vary much; unzip the huge red case and pull out the ultrasound, attach the probe, connect the power and turn it on. My lube and rectal sleeves sit nearby, along with a bottle of sedative and some syringes in case a mare doesn’t appreciate the invasion, and my much-abused daybook so that I can jot down notes in between mares. At the end of a typical workday, the pages are stained with manure and lube and are usually stuck together. I’ll later pry them apart so that I can transcribe all findings into my computer.

When I have a long row of mares lined up in the barn, I won’t remember who has a tendency to retain fluid in her uterus or which mare twinned last season, as they all look alike from the rear view. I also won’t remember which mare kicked me, even though it would seem that this would leave an indelible impression, so good notes and quick access to them are key.

The machine is set up near the stall, the mare is backed halfway into the aisle, and away we go. First I manually evacuate the rectum, as for some reason they never pass manure when I’m scheduled on a farm.

Once they’re empty, I do a quick palpation of the uterus and ovaries, then double check with the ultrasound. I’ve learned not to announce my findings to the client until the ultrasound exam is over, as it’s really embarrassing to proclaim the mare pregnant, then change your mind after scanning her uterus. Mare palpation can be very tricky; they aren’t like cows. A mare’s rectum is fragile, and aggressive palpation can tear it, a situation I hope never to be in.

If and when the mare has allowed my arm in, locating the reproductive organs is the next challenge. Many times, my arm is immobilized in a rectal vise and I’m wondering if her next move will be kicking me across the barn aisle. Or sometimes the mare will relax too much, leaving my fingers scrabbling against a maddeningly smooth and tight surface. Mares have weapons against palpation-minded vets and they do not hesitate to use them.

Finding the ovaries is the next step. It should be fairly straightforward. Ovaries are attached to the uterine horns in most anatomy books, so technically this should be the case inside most mares. However, I’m convinced that there are specific animals that have the capacity to spontaneously detach their ovaries and move them into their thoracic cavity when I am trying to find them. There is nothing more infuriating than following the uterine horn up to the tip repeatedly and the ovary, which was there three days ago, has vanished.

Ovaries also rotate on their attachments. Often my fingers will slide triumphantly over the curve of the elusive structure, only to have it slither away from my grasp and disappear neatly underneath the mesovarium, a broad band of connective tissue. Usually if I back my hand out to the uterine body and lift it gently, the uncooperative organ will flip back out and I can grab it, but sometimes the mare grows tired of this party with her reproductive tract and will abruptly leave, occasionally taking my rectal sleeve with her. They almost always go forward into the stall, but I’ve had a few that dropped into reverse so quickly they ran me over. Again, when in doubt, sedate.

If I know I have a mare that has had a twin pregnancy in the past, I keep an especially close eye on her.

I once had a serial twin producer who had foaled normally the previous year, then twinned again the next season. The ranch did all of their breeding in the pasture, so no one knew the exact breeding dates.

By the time they pulled her in for me to check, the twins were too close together to try to pinch, a procedure done to try to terminate one of the fetuses so that the other can survive. I monitored her, hoping one of the twins would fade out, leaving a healthy single pregnancy, but to my surprise, on the next ultrasound there were three tiny fetuses.

On a follow up check, I could have sworn there were four! Having no other choices, I aborted the pregnancy and the ranch chose not to breed her again.

My parting tip for all future repro vets is this: Toothpaste or Nature’s Miracle works well to get the stink out of your arm and fingers after a day of palpating.

Liked this article? Read past Vet Adventures columns:
The Remedy
All About Eve
Foal Wrangling


Courtney S. Diehl, DVM, has been an equine veterinarian since 2000. She resides in Steamboat Springs, Colo., where she is in private practice. Her first book, Horse Vet, Chronicles of a Mobile Veterinarian, was published in 2014 and she is currently at work on her second book. 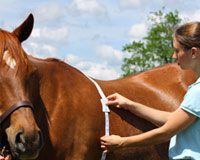 A Better Technique for Measuring Changes in Your Horse’s Weight