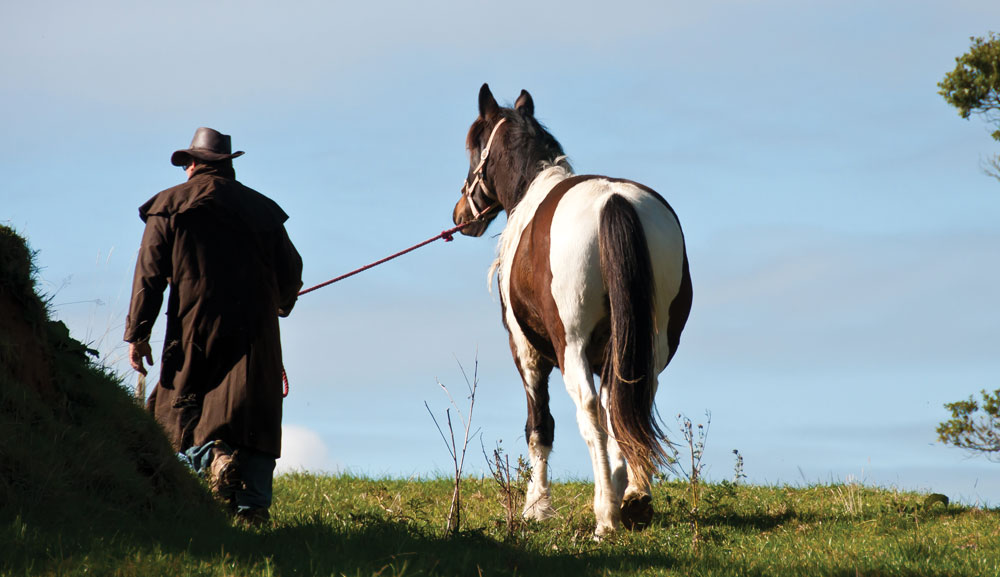 The old mare had been sick for two days and her vitals were worrying: an elevated heart and respiratory rate, her gums a mottled gray. I could see the manure stains on her side where she’d been lying down, and her grain lay untouched in a feed tub nearby.

The owner, a nice woman named Emily, was apologetic.

“Doctor, I would have called you out much sooner but Beatrice just didn’t look that bad! Cody gave her some Banamine yesterday and said she was OK.”

I groaned inwardly. I knew Emily’s husband and liked him, but wished he would stick to doctoring cows.

Beatrice’s flanks were drawn up and there was a rancid smell to her breath. I gave her a light sedative and slid a gloved arm into her rectum. It felt like an inflated air mattress was inside the mare’s abdomen. It was her large colon, full of gas. Even more problematic were the tight bands of tissue running in erratic patterns around the distended organ, an indication of a twisted gut.

Emily watched me hopefully, but her face fell when she saw my expression. As I pulled my glove off, there were already tears in her eyes.

I nodded. There was nothing else I could tell her. The mare wasn’t going to make it and I knew that there was nothing I could do except keep her comfortable until the owners were ready to euthanize her.


Despite everything, I still tried to treat Beatrice, but it was no use and finally I put her down. Emily sobbed over her horse as I packed my gear up, and I gave her a hug before I climbed into the truck and began the sad drive home.

A few weeks later, Emily adopted Elle, a Paint mare, from an elderly neighbor. Things went well for a few years, then Emily called one evening.

“Doctor, Elle won’t eat her evening feed and she’s acting distressed. It’s not like her. My husband wanted to give her Banamine, but I want you to see her first. I’m so scared it’s going to be the same thing that Beatrice had!”

Cody came on the line.

“Doc, I think some Banamine will help her out. What if I just give her a dose and we’ll check in with you later tonight?”

“Well, that’s fine with me.” I said. “The emergency fee goes up every hour past 6 p.m., so it’s definitely more profitable for me to come out when the Banamine wears off!”

He grumbled for a minute, then handed the phone back to his wife.

“How soon can you get here?” asked Emily.

Soon I was pulling up their long drive. Cody was walking the mare and gave me a good natured wave. I pulled up and asked how things were going.

“She still won’t eat. I’m thinking she’s compacted somewhere, or stove up. Banamine’d fix her, but you might as well oil her too.”

Everyone wanted oil when their horse was colicky. Rather than arguing, I’d learned to tip a small measure of oil into my bucket of oral fluids before pumping it into the horse. But Elle didn’t look colicky or “compacted” to me from the front seat of my truck. She looked almost drunk, walking with her head hanging low and twisted to one side.

Elle’s vitals were normal, she had decent gut sounds, and she’d passed manure twice on the walk with Cody. I lifted her head and a large amount of saliva poured onto the ground and when I looked closer, I could see red flecks of blood on her mouth.

I tried to open her mouth, but she came to life and bonked me in the side of the head. I sedated her and slid an oral speculum into her mouth. There, jammed across her upper molars was a thick tree branch. Cody had still been muttering about Banamine and oil but quieted when he saw the stick.

I tried to pry it loose but it was embedded deeply. I retrieved a set of pruning shears that I used for necropsies and carefully snipped the branch in two and removed it. I lavaged poor Elle’s mouth with a disinfectant, gave her both a Banamine and an antibiotic shot, and instructed the owners to feed her gruel for a few days.

Emily hugged me and Cody thanked me gruffly.

“But dang it, Doc. Now I’ve gotta pay you for the darn Banamine shot! And I’ve got a whole bottle sitting on the shelf!”

I winked at Emily. “Tell you what. If that bottle isn’t expired, I’ll throw in the shot for free.”

His eyes widened. “You’re on!” He hurried into the other room and returned with a grubby bottle full of yellowing fluid. I took it from him, wiped the dust away and read the date out loud. It had come and gone seven years and one month ago.

I shook my head and climbed into the truck, then rolled the window down with an evil grin.

“Cody, did you still want me to oil her?”

He grimaced. “Nope. Since I’ll be eating bread and water for the next month, as well as sleeping in the doghouse, I’ll be the one needing the oil.” And he gave Emily a loud smooch on her cheek.

Emily hugged him. “Well, you helped. You walked her.”

Cody rolled his eyes. “I’ll never live this one down, Doc.”

“Well, that’s why you pay me the big bucks, Cody.” I laughed, then shook my finger at him. “Throw out that old Banamine before you kill something.”

Emily and Elle enjoyed many happy years together. And Cody was the one to call the next time one of the ranch horses had a problem, although when I arrived, he proudly showed me a brand new bottle of Banamine on the shelf.

Liked this article? Read past Vet Adventures columns:
All About Eve 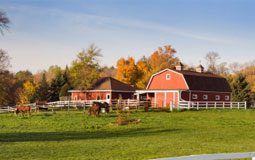 HI Spy: What Would be Included in Your Dream Barn?