Home Horse Riding and Training What is Equestrian Vaulting? 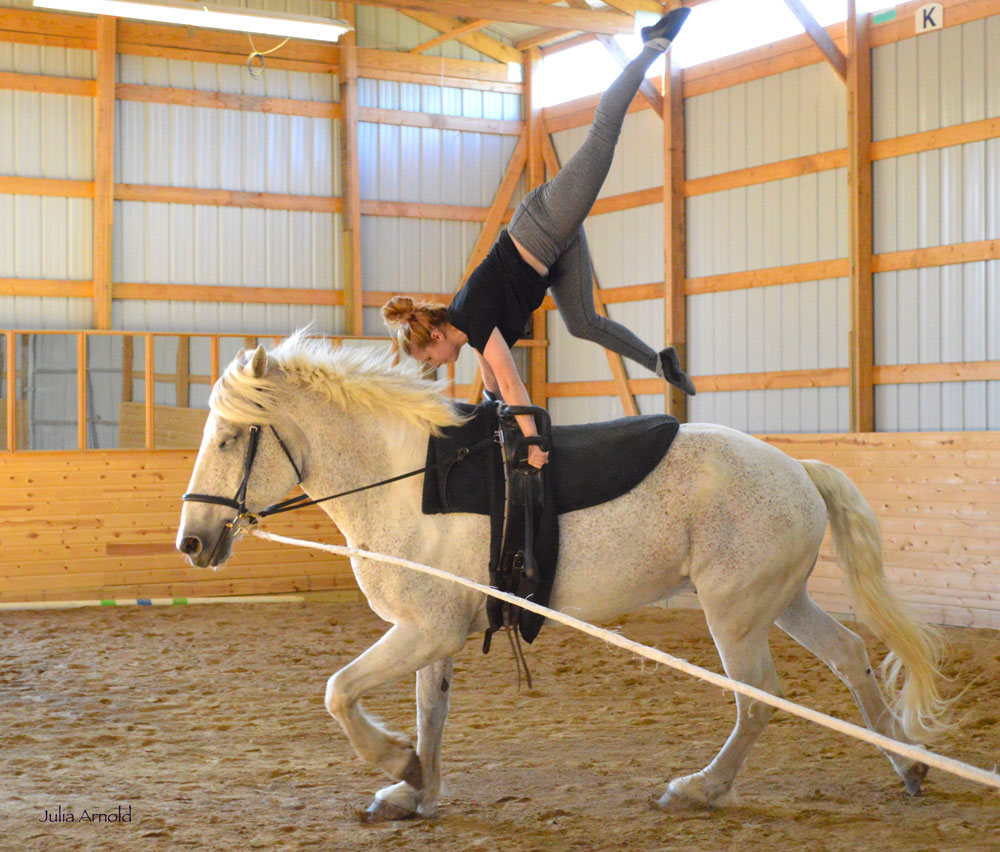 Imagine doing a handstand atop a cantering horse, and you’ll begin to grasp the concept of vaulting.

Vaulters don’t start out jumping on top of a cantering horse, however. That comes later, after hours and hours of practice. They begin by training on stationary barrels before attempting those same routines on horseback.

When I visited a beginning vaulting class with the Northern Lakes Vaulting Club in Hugo, Minnesota, the athletes spent the first half of class warming up and taking turns on the barrels before practicing their moves at the walk while the horse was longed by a professional trainer.

What Leads People to Vaulting?

The love of movement and horses attracts many newcomers. Amelia, age 10, is a beginning vaulter in Minnesota; her mother explains that vaulting enables her daughter to embrace her love of gymnastics and her love for horses all in one sport. Both Amelia and her mother also appreciate the teamwork involved as well as the individual challenges. 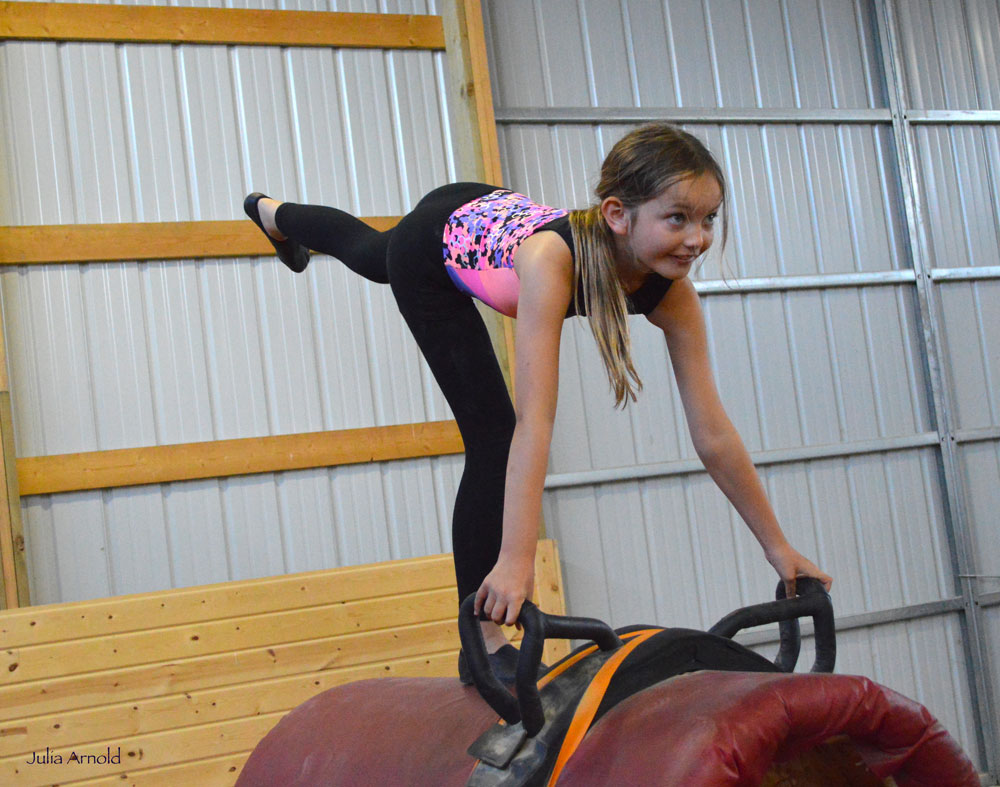 A young vaulter practices on a stationary barrel.


Kristen Soto has been vaulting for over twenty years and is currently the coach and trainer for the Copper Hill Vaulting Team in Connecticut. She says the unique relationship between the horse and rider is a major reason equestrians are drawn to the sport. “I have always loved the sport and the camaraderie the horse and vaulter have,” says Soto.

Equestrians specializing in other disciplines might also choose to add vaulting into their training regimen.

“I train people who just need their confidence back, or how to learn to balance better for riding,” notes Soto. “It’s amazing what happens when we find harmony with your horse. Sometimes being backwards with your hands out helps.”

This sentiment is echoed by vaulting coach, Elizabeth Whillock, and trainer, Christina Vint, at the Northern Lakes Club. They say that riders from other disciplines take up vaulting to improve strength, balance, and overall riding skills in the winter months prior to their own show seasons. 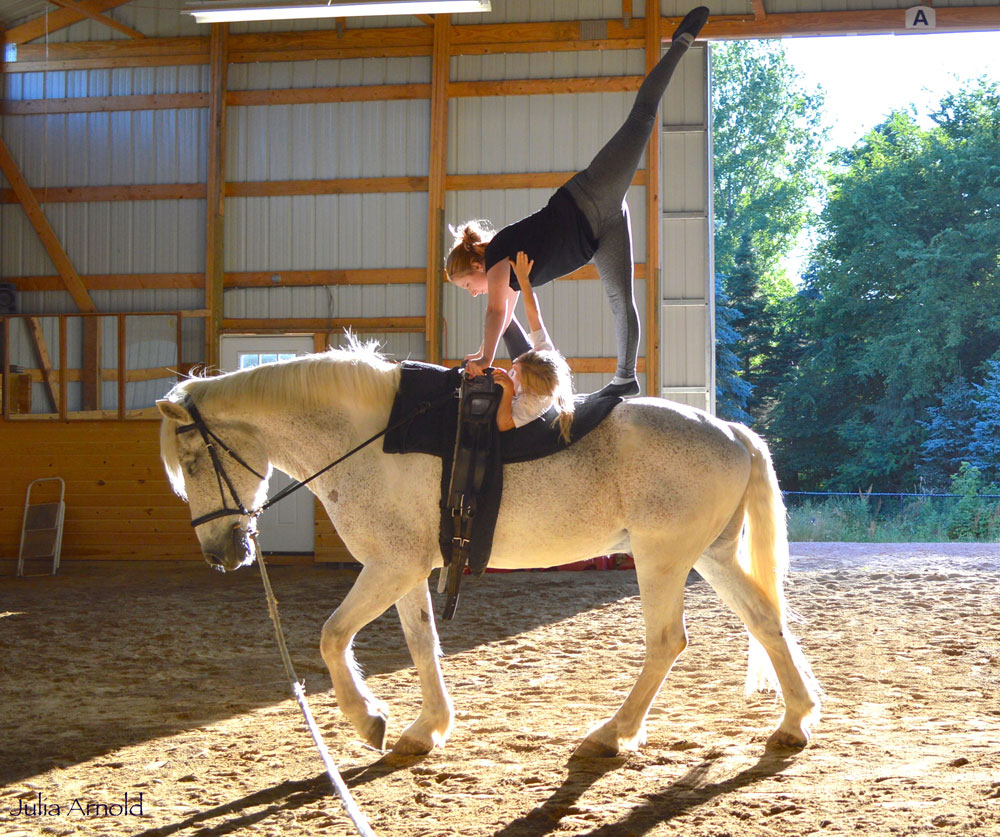 A pair of vaulters practice a pas de deux.

The American Vaulting Association, or AVA, claims vaulting is the safest equestrian sport. How is this possible, given the acrobatic-level feats performed atop a 1,000 pound animal?

First, the vaulter must practice and master moves on a stationary barrel before attempting to perform them on horseback. Next, they begin practicing moves at a walk, and only progress to the trot or canter after mastering their moves at a slower pace.

The vaulting horse is always tethered to a longe line handled by a professional. This enables the vaulter to focus on his position and routine rather than directing the horse. Practice and competition take place on soft footing.

At first glance, viewers might be alarmed that vaulters do not wear helmets. Vaulting experts argue, however, that helmet use would actually decrease safety for vaulters, as they could disturb the rider’s equilibrium or get caught on vaulting equipment.

Usually draft horses and other larger breeds are best suited for vaulting. Trainer Christina Vint says the ideal vaulting horse has a strong back, and is both rhythmic and cadenced in his movement.

A horse with a calm temperament is also important because she needs to be accepting of mobile riders and the mounting and dismounting that occur at a walk, trot, and canter.

How to Get Involved

If you haven’t witnessed vaulting in person, consider adding it to your equestrian bucket list. Any observer is likely to be inspired by the rider’s visible joy as she works to master her newest challenge atop a powerful and cooperative horse. 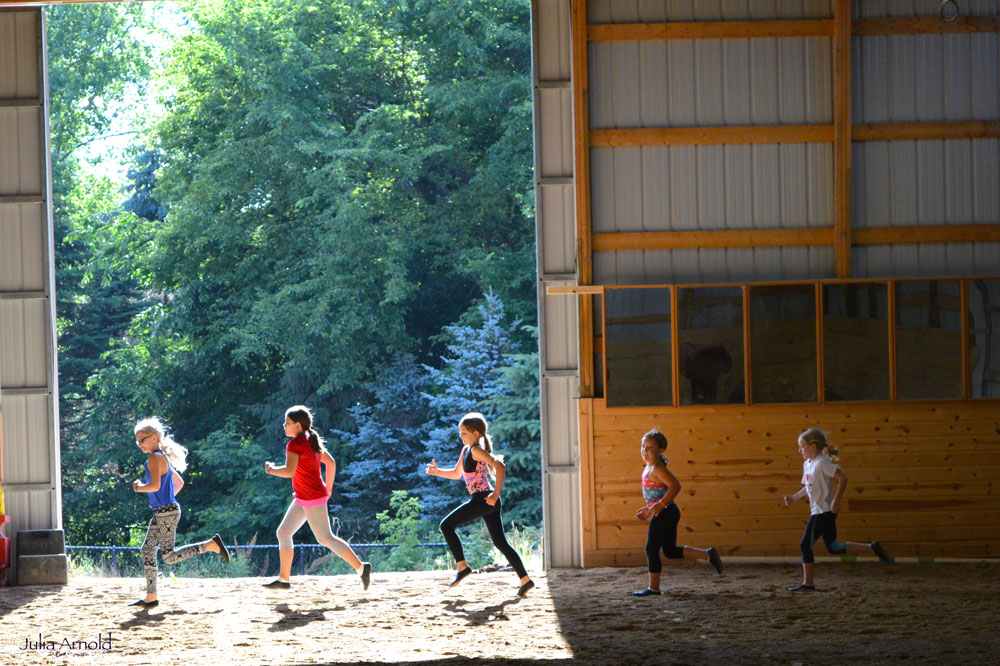 A group of vaulters warm up at the beginning of practice.


If you’re ready to give vaulting a try or just curious to witness it in action, visit the AVA website to locate a club in your area. Most listings include the name and contact information for local club coaches and trainers.

Julia Arnold is a writer living in
Minnesota with her husband and two young children. She has always loved
horses and is thrilled to have officially rejoined the horse world as an
adult. She rides whenever she can at Hardwood Creek Farm in Hugo,
Minnesota. You can follow her adventures in riding and parenting on Facebook, Twitter, Instagram, and Pinterest.

Moving on to a New Horse Trainer