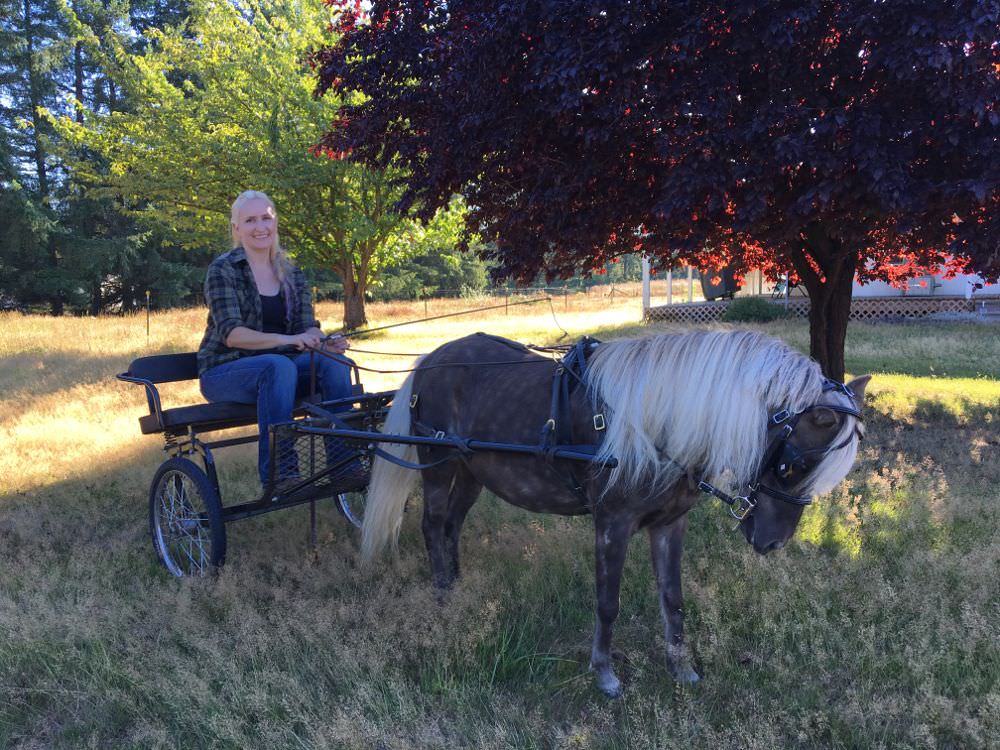 I grew up riding horses. I was the fearless girl that would do an “emergency dismount” from a running horse. I had complete trust in the powerful animals.

Nine years ago, I began my search for my next barrel horse. I took one on trial to a gaming show to see how he would do. That day, I was nervous for some reason. I didn’t want to get on, and I should have listened to my instincts. While running home, he started to buck. On the fourth one, he launched me. I landed on my pelvis and broke it in three places. My world fell apart.

Suddenly, the thing my life revolved around was the thing I feared most. There is nothing like being terrified of something you love. This was not a hobby, it was a passion and who I was. If I wasn’t a horsewoman, who was I?

I couldn’t even look at a picture of a horse without my heart racing, my hands shaking, and uncontrollable tears. The tears were the worst. How embarrassing to start crying every time you saw an image of a horse. I pretended like I was OK. But inside, I was dying.

I made drastic changes in my life: my husband and I moved states, started a new career path, and decided to show dogs. As the years passed, it got a bit easier, but I still cried. I was crying partly because I was afraid of horses and partly because I missed them.

For various reasons, we found ourselves moving home. I was back on a farm for the first time in almost a decade, and I began to dream about not being afraid of horses.

I don’t remember how, but I found myself looking at a Miniature Horse pasture pet. We brought her home. I found I wasn’t intimated by her 32-inch stature and she did not bring up the tears!

After two months of leading her around, I started to think about driving. I found a Mini for sale that was trained to drive. I went out to see her and got in the driver’s seat. My heart pounded. But I had never driven before, so the PTSD was not set off. I named her Arwen and we brought her home.

I was fearful. If Arwen did anything out of the ordinary, I wanted to head for the hills. But my trainer was patient and my husband was supportive. He would tell me, “You can do this. You are fine.” And he was right. As the weeks passed my confidence was building. But driving is not the same as riding.

This past spring, I went to a horse expo to see “big” horses. The tears came back. But it was more sorrow and yearning than fear this time. I wanted to ride again, to feel a horse underneath me again.

The next month, I found a trail riding place that had Norwegian Fjords. I called and asked if I could reserve a Fjord specifically; I wanted to see if I could, just maybe, get back in that saddle. 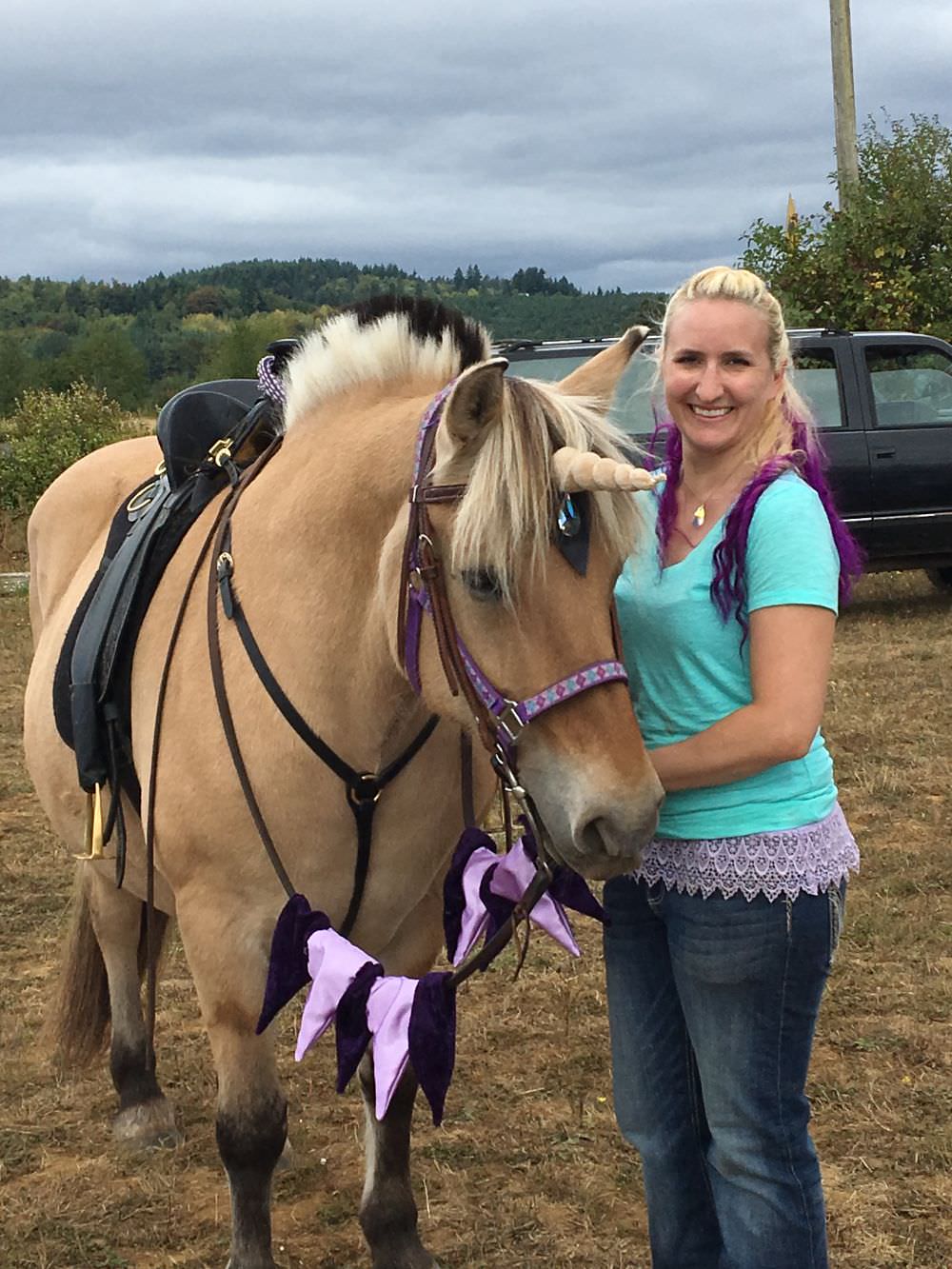 When the day came, I was excited to see the Fjords, but my heart was pounding. I got in the saddle and my hands shook.

There was a moment where it could have gone either way—I could dismount and never get back on, or I could push myself. “You’ve got this. You’ve ridden thousands of times and never had anything go wrong. It was one horse. One time. You do fine with Arwen. You can do this,” I told myself. Soon, my heart stopped pounding and I enjoyed the ride.

Two weeks later, I found a Fjord mare for sale just down the street from our new farm—surely it was fate? We went to see her and my heart did not pound once. I decided to bring Belle home.

Belle and I went on our first trail ride this past summer. It was hard for me. I was very nervous—heart pounding, hands clenched. But I did it.

Thanks to a little mare that gave me my confidence, I had my passion back. I had me back. And for the first time in nine years, I was me again.