Former steeplechase jockey Dick Francis is one of the most popular thriller writers in the world. His bestselling novels center around the world of horse racing. His son, Felix, has co-authored novels with his father under the Dick Francis name since 1986. Horse Illustrated columnist Kitson Jazynka interviewed Dick and Felix Francis for the October 2009 issue.

Felix Francis
HI: What projects are you currently working on?
FF: I have been commissioned to write a screenplay of Dead Heat, and that is what I am working on now. Then there will be the next Dick and Felix Francis novel to be ready by March 2010. The contracts are drawn for the next two books, and now all I have to do is write them! The research is underway.

HI: What is the most interesting thing you’ve learned about through your research for the books?
FF: The very first part of a Dick Francis novel that I wrote was in 1970, when I designed the bomb in Rat Race that was used to blow up a light aircraft. Since then, I have researched most of the books and written many bits of them here and there. I wrote the computer program in Twice Shy. Although it is now very outdated, it was cutting-edge technology when the book was published in 1981. It is impossible to name any one thing that has been the most remarkable; it’s more the whole process of my life, from being a science student in 1970 right up to being a full-time author today, that has been a remarkable journey.

HI: How has your input as a co-author influenced the last two novels?
FF: As my father and I live on opposite sides of the Atlantic, someone has to take control of the writing, and that has increasingly been me. Nowadays, it is my fingers on the keyboard, and I do the actual writing. However, I e-mail the manuscript regularly to my father as it progresses, and together we discuss the content and the future direction of the story.

Dick Francis
HI: What was the hardest part of your career as a jockey?
DF: The falls and the injuries. On average a steeplechase jockey can expect to have a fall once in every 13 or 14 rides. That means hitting the turf at 30 mph an average of one or two times every week for a top jockey riding 20 to 30 rides a week,. That takes its toll on the body and it’s why all steeplechase jockeys tend to be young men. Flat jocks have fewer falls and can ride for longer.  For some jockeys, it’s keeping their weight down that is the greatest problem, but for me, that was not too onerous, as steeplechase weights tend to be higher than those on the flat.

HI: Since you retired from racing, what role have horses played in your life?
DF: I rode most days for many years after I retired from actual racing. I would exercise racehorses for a local trainer. I also judged horses in the show-ring until I had to retire from that at age 60. Now I am 88 years old, and I haven’t ridden a horse in more than 20 years. But I still go to watch racing, and I still love to see a man and horse moving fast together in harmony. It still reminds me of the thrill of the race some 53 years since I last rode in one.

HI: Where do you do most of your writing?
DF: Nowadays it is Felix who does the actual writing, although we do discuss the plot lines and the characters.

HI: What future books are you working on these days?
DF: Felix and I are currently discussing our next book. We have a seed of an idea, and I hope that it develops. That will be for 2010. After that, we’ll wait and see. Felix will probably be flying solo by then.

Read the rest of the interview in the October 2009 issue of Horse Illustrated. Click here to subscribe. 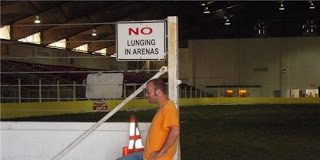