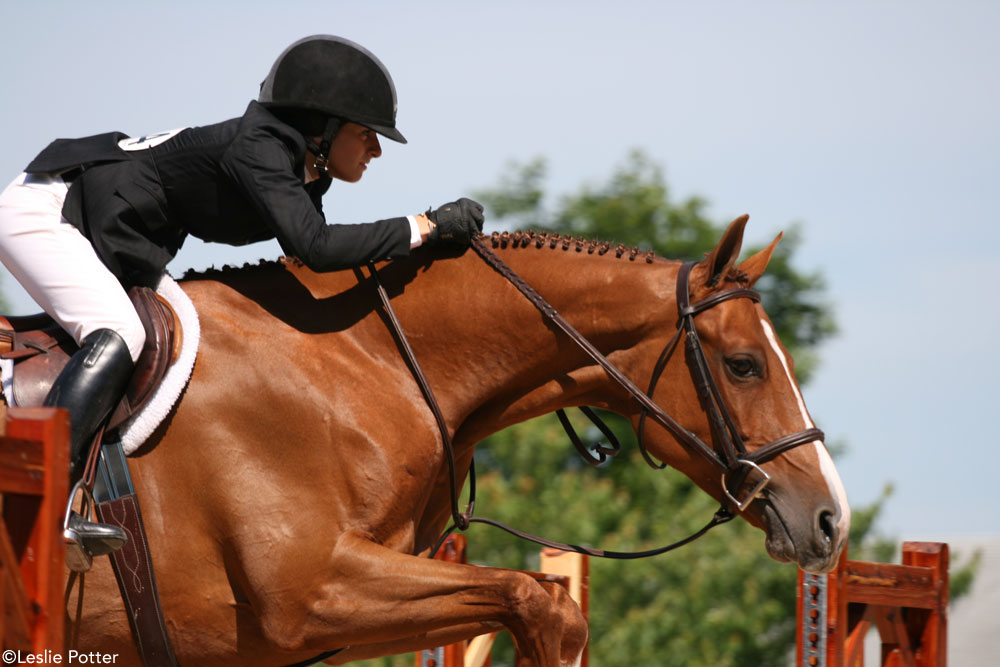 The trained eye of a horse show judge sees nearly everything. Riders who believe they’ve ridden a perfect round over jumps are often surprised to learn they’ve been marked down for errors. One of the worst problems riders have is their hands. Whether it’s due to a lack of polish or overall roughness, mistakes made with a rider’s hands can result in a low ribbon … or no ribbon at all.

“One of my pet peeves is a rider who comes into any sort of hunt seat equitation or medal class with bare hands,” USEF judge Andrea Meek explains. “A pair of gloves won’t make up for bad horsemanship, but they can camouflage minor flaws. Plus, bare hands just look unpolished. As a judge, it makes me wonder: Just how prepared is this rider for this type of competition.”

Meek shares another complaint related to poor hands. “Even though using a crest release is a basic skill, I still see a lot of riders — especially in the short stirrup, long stirrup and green rider divisions (classes for novice competitors) — hanging on their horse’s mouth in the air. They’re not giving their horse any freedom over the jump. Instead, they’re planting their hands on the withers, in front of the pommel. Basically, the rider is hanging on to the horse’s mouth for security.”

Meg Schulman, a USEF judge who has officiated at the highest levels of hunt seat medal competitions, adds that even advanced riders make major errors with their hands. In particular, she cites how some equitation riders attempt the optional inside turn on a course in an effort to demonstrate how they can negotiate a tight turn.

“They rotate their hand back toward their body in an effort to force the horse to start his turn as he leaves the ground.  The horse’s head and neck are cranked to the side while he’s trying to jump because his rider is hanging on to his mouth,” Schulman says. “If you can’t do it correctly using a slight opening rein and your outside leg, then just make the bigger turn.”

Meek’s and Schulman’s strong views come from their concern for the horse.

“When riders are allowed to jump before they’ve mastered the proper use of a crest release, they’re going to bang a horse in the mouth over the top of a jump. That’s punishing the horse for doing his job. And that’s just not fair.”