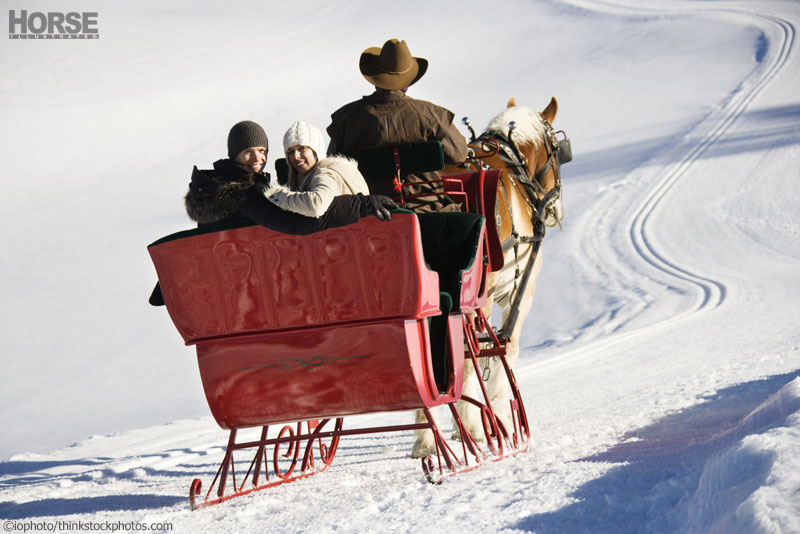 Everybody associates holiday sleigh rides with a jolly, fat guy in a red suit, yet did you know that the first St. Nicholas was actually skinny and somewhat crabby? And that the famous poem that beefed him up and celebrated speeding in sleighs, “A Visit from St. Nicholas,” probably wasn’t written by C. Clement Moore?

It may also stretch the imagination to believe eight tiny reindeer pull a sleigh through the sky, but sleigh riding on the ground has always thrived in regions where white is the dominant winter color.  Sleighs have been around for centuries; their heyday in America was from the early 1800s until the advent of the automobile.

The earliest sleighs were functional, like pickup trucks – horsepower in front, storage behind.  The “cutter” style sleigh was the most popular design in the United States after 1830 – it held two people and was pulled by one horse. Later, with the popularity of sleigh racing, the designs became more sleek and aerodynamic.  In fact, James Pierpont’s inspiration to compose the iconic song, “Jingle Bells,” was inspired by New England sleigh-racing mania.

The use of bells on harness originated thousands of years ago to “ward off evil spirits” and attract good luck, then morphed into the 19th century version of the car horn.  Sleighs pulled through snow are so quiet, harness bells became necessary safety features. And, of course, there has always been the show-off factor – the fancier the bells, the wealthier the owner.

Watch Coco and Guinness, a team of Canadian Horses, take their friends on a Christmas sleigh ride.


Today, sleigh rides are an increasingly popular part of the winter holiday tradition for many families.  Thanks to the advent of the Internet, locating a sleigh ride business is easier than ever with referrals and repeat business keeping many drivers busy throughout the season.

That’s been the experience of Linda Ward of Waterville, Vermont, who began offering sleigh rides to friends and soon realized she had the makings of a successful business.  In 2003, Ms. Ward began Raven Ledge Farm and since then has driven hundreds of passengers around her 130-acre farm at the foot of the Fletcher mountains.

“I started out with one antique, Albany sleigh, then bought a new, bigger model a few years later that has carried as many as six adults and four children at one time.

“The ride itself is about two miles long and takes us through fields, across my covered bridge, and into the forest.  I have given sleigh rides as many as six times in one day.  I get lots of questions, but there are also quiet moments , singing, and stories from folks who remember as a child going for a similar ride with a Grandparent.   When we return to the farm, we head into my heated tack room to warm up, snack on hot chocolate and cookies, and visit all the other horses in the barn to get photos for next year’s Christmas cards.”

Ward believes one needs to experience a sleigh ride to understand why they have always been such a perennial favorite.  She says, “No words can capture the romance of a sleigh ride.  I never get tired of them.”

Dive Into Driving: How to Get Started Driving Horses 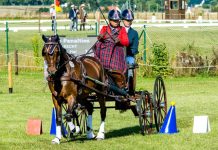 The Right Stuff: How to Choose a Driving Horse