The American Quarter Horse Association (AQHA) Handbooks describes the jog as “a smooth, ground-covering two-beat diagonal gait.”  Sounds straightforward, right? But what then sets apart a spectacular jogger from the rest of the pack?  Dave Whitaker, the director of the horse science department of Middle Tennessee State University, a carded AQHA judge of 21 years and a three-time judge of the AQHA World Show, says, “Years ago I had a trainer describe a horse with the best jog as the one he’d want to be on if he had a 10 mile ride ahead of him.  I’ll never forget that.  Whitaker also uses the five Cs to evaluate a horse’s jog: carriage, cadence, collection, consistency and correctness.

Carriage refers to the horse’s topline and balance.  The topline should be level with the horse carrying his weight evenly over his forehand and hindquarters.  The ultimate goal is self-carriage, which is achieved when the horse can maintain his frame with minimal support from the rider.

Cadence describes the accuracy of the horse’s footfalls.  The front and corresponding diagonal hind foot should strike the ground at exactly the same time, resulting in a clear and distinct sound.  A horse that is jogging in front and walking in back will have a poor cadence that indicates an uneven or unbalanced gait.

Whitaker describes collection as “the horse getting his back up.”  As his back lifts, the horse is able to drive his hocks farther under his body creating forward energy and reducing up-and-down movement.  This results in a smoother ride because the horse has less suspension in his gait.

Consistency is the ability of the horse to repeat what he did in the previous stride, the stride before that, and so on. A consistent jogger will look the same every time the judge glances in his direction, a sign that the rider is enjoying a trouble-free ride.  Consistency also refers to the rhythm of the horse’s stride.  Each step should be a steady repeat of the length and speed of the one before.

Correctness, Whitaker says, is about the horse’s frame and the evenness of his gait.  “If the horse’s speed is too slow, it will interfere with one of the five Cs and that horse will no longer be correct.”   Conformation plays a role, too.  If a horse is asked to perform in a way that contradicts his natural ability, it will be difficult for him to perform well.  When it all comes together, Whitaker says, “The horse will hit the ground very softly.”

There are classes Whitaker has judged where the quality of some horses jogging in the arena is comparable, so he rewards the horse and rider teams that offer a higher level of difficulty.  “If a horse can travel slowly while maintaining the five Cs,” that is a plus.  If he’s carrying himself on a loose rein, it will help him move up in the ranks.  When he’s evaluating a class, Whitaker says, “I look for the horse that I’d want to ride for those 10 miles.” 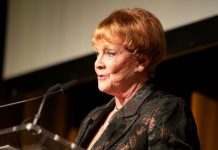 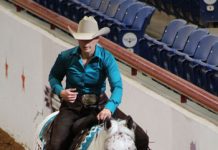 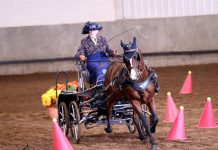 How to Band a Western Horse’s Mane