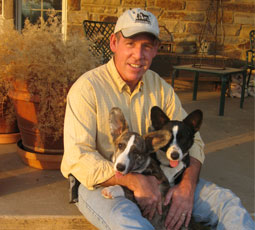 Born and raised in Goshen, Ky., Patrick Rodes rode and showed as a junior and amateur with Robert Murphy, Rick Fancher, Christina Schlusmeyer and Don Stewart. In 1985, Rodes moved to Texas to manage Las Colinas Equestrian Center. His company, Southbound Show Management, manages more than 15 “A” rated United States Equestrian Federation (USEF) shows. Rodes currently holds a specialty American Quarter Horse Association judge’s card and is scheduled to judge the World Show in Oklahoma City in 2007. Rodes is an R-rated judge and course designer with the USEF. Rodes has judged and/or designed courses at Harrisburg, Pa., Capitol Classic, Washington, D.C. and Palm Beach, Fla. With his wife, he runs All Around Farm in Argyle, Texas, where they breed, train and show hunters and jumpers.