In our Ask the Vet column, Dr. Lydia Gray answers your horse-health questions at HorseChannel.com/AskTheVet. Got a question for Dr. Gray? Send it to hc-editor@luminamedia.com and use subject line “Ask the Vet.”

Q: Are there regional sub-species of strongyles? I had a mare come in from Texas to Maryland on Sept 22 who received a Panacur Power Pac 5 days before shipping whose fecal sample came back high for strongyles on Dec 8. She has subsequently been dewormed with Zimecterin Gold on Dec 16. What should be my next course of action and what timeframe? 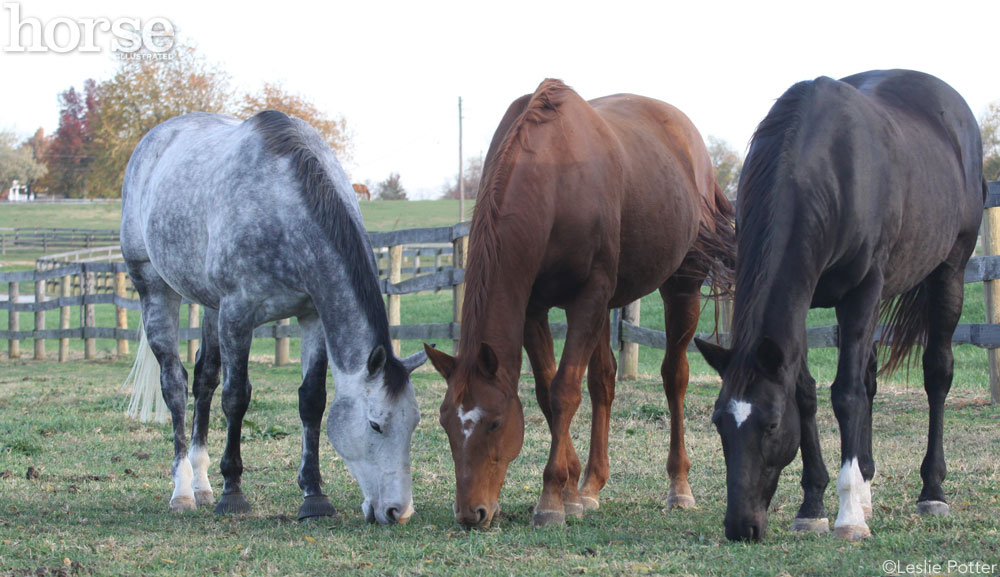 A: I’m so pleased to see a question about parasites! There are a couple of things I’d like to use this opportunity to address in your question before I get to the doling-out-advice part though. Full disclosure: I ran this question and answer past Dr. Martin Nielsen, Assistant Professor in the Department of Veterinary Science at the Gluck Equine Research Center at the University of Kentucky.

1. Are there regional sub-species of strongyles?

Panacur is the brand name for the chemical fenbendazole, which is in the benzimidazole class. Unfortunately, many small strongyles have become resistant to this entire class of dewormers meaning that, on most farms, administering fenbendazole (or oxibendazole, another benzimidaole) doesn’t kill the adult, egg-laying worms. To know whether this or another class of dewormers is still effective on your farm, simply have a fecal egg count performed, deworm, and have another fecal egg count performed in 10-14 days. Your veterinarian can tell you if the difference in the two counts indicates resistance or not, in which case don’t bother using that dewormer again.

The two dates you gave are 82 days apart. That’s important because next we’re going to talk about the Egg Reappearance Period. That’s the time between administering a dewormer and when eggs are seen in the manure again, indicating larvae have matured to egg-laying adults. For benzimidazoles (if they work at all) this period is 4 weeks, maybe less. So I would expect that a horse given fenbendazole in September would be back to the same fecal egg per gram count by October even.

4. Came back high for strongyles

There are two reasons for doing a fecal egg per gram count in horses. One is described above, formally known as the Fecal Egg Count Reduction Test. That’s where you’re trying to figure out if a certain class of chemical dewormers is still effective on your premise. The other reason is to identify a horse as a low, medium, or high shedder. Generally, results for low shedders come back 200 eggs per gram (of manure) or less, medium shedders are in the 200 – 500 epg range, and high shedders are any horses 500 epg or higher. Interestingly, once a horse is identified as one of these three, with multiple fecal tests, research suggest that the horse tends to stay in the same category. So what’s important is to obtain the ACTUAL result of the fecal (not just “high”) and then use that to work with your veterinarian and develop a parasite control plan for this new horse.

Since you gave Zimecterin Gold on December 16–and you live in Maryland–you’re still technically in “winter” in your geographic location through March, when parasites are not actively shedding and transmission is not occurring. That means you’re probably good until the beginning of grazing season in the spring. I recommend that you collect a fresh fecal sample to present to your vet in April or May or whenever the pastures “green up” in your area and use those results (along with the ones you got in December) to begin to identify this horse as a low, medium, or high shedder and deworm accordingly.