Q: My horse recently collapsed on me. After finding no real cause my vet sent in a blood test. The results came back showing he was anemic. Is this a chronic condition? What might be causing it, and how can I prevent him from collapsing again?

A: Anemia in horses is not a very commonly encountered problem. Anemia, or a decrease in red blood cells which are responsible for oxygen transport throughout the body, can be either an acute or chronic problem. This measure of the volume of red blood cells in the body is called a PCV, or packed cell volume. Normal PCV for a horse ranges from the 30s to 40s, and is largely dependent on the state of hydration of the patient when the blood sample was taken. 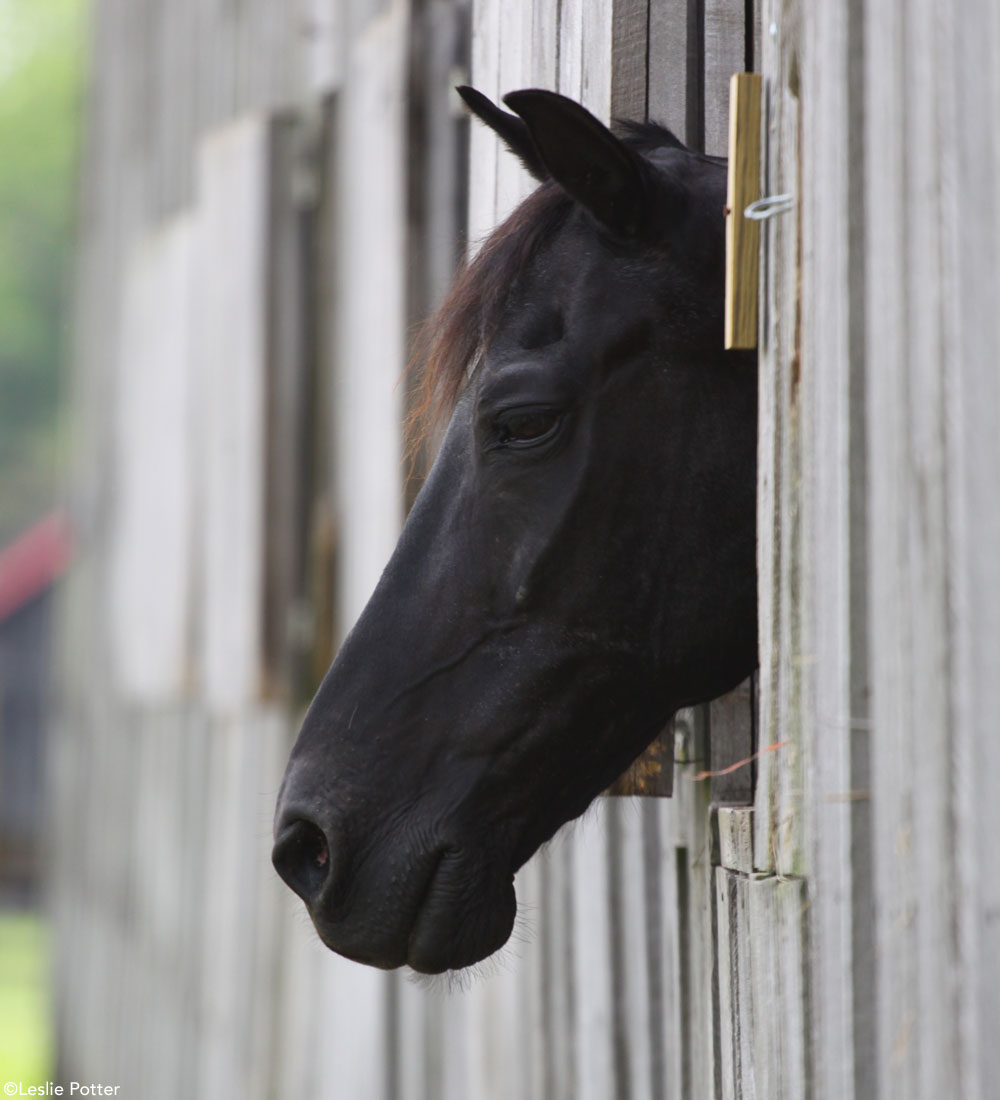 Acute anemia usually has a straightforward cause: blood loss. This is either from a traumatic wound, or internal bleeding. Somewhat counter-intuitively, within the first 24 hours or so of rapid blood loss, your body’s (or your horse’s, they both act the same) PCV will still look normal, as your blood vessels constrict and attempt to maintain proper blood pressure to compensate for the rapid and potentially lethal loss of blood. It’s not until hours later that you will start to see a decrease in PCV from an acute loss of blood.

Chronic anemia is a bit sneakier and can have a myriad of sometimes complex causes. Firstly, there is what is called “anemia of chronic disease”. Some chronic, inflammatory diseases cause the body to become mildly anemic over time. One can also become anemic with some forms of cancer, especially if the bone marrow is affected. Kidney disease can also cause anemia, as the kidneys are responsible for producing a hormone that tells the bone marrow to continue producing red blood cells.

One condition that can fit in both acute and chronic anemia is gastric ulcers. If an ulcer is slowing bleeding, this may show as a mild, chronic anemia. However, if there is a large ulcer that suddenly perforates the stomach wall (in which you would see more signs than a one-time collapse) then the blood loss would be acute and much greater.

Hold old is your horse and what breed is he? This information can help narrow down various causes for the anemia. For example, if he is an older horse, cancer and kidney disease may be higher on the list, versus being a young Thoroughbred, which would lead one to place gastric ulcers higher on the list. Also, how severe did the anemia appear to be on the blood work? Some horses (like humans) are normally slightly anemic all the time, which is perfectly fine. If the anemia were severe enough to cause collapse, you would expect to find other signs of such severe blood loss, such as lethargy, increased respiratory rate, and pale mucous membranes.

If the anemia is idiopathic (meaning no cause found) and mild, there are a few iron supplements for equines that you could add to your horse’s diet. Read the directions on the container, as the amount you give depends on the concentration of iron in whichever supplement you choose. Keep in mind that iron supplementation takes a while to benefit the horse, so be prepared to give this for at least a few months.

Other causes of a sudden collapse include cardiac problems. Syncope is the term to describe a sudden loss of consciousness due to a sudden irregular heartbeat. Sometimes people and animals have a history of this and other times, it appears to be a singular event, often with no known cause.

There are many other details of this episode that if known, may help narrow the problem. How hard was your horse working at the time of collapse? How fit is the horse? What was the weather like while you were riding? Has he been otherwise acting fine? How has his energy level been? Appetite? When he collapsed, did he get up right away, or stay down for a while? Was he disoriented when he got up? Epilepsy is not very common in horses (thankfully) but if this episode seemed more neurologic in nature (characterized by your horse acting confused, lethargic, etc.), it might be a condition to think about.

In this discussion, we must not ignore the most important thing: your safety. A horse that collapses under his rider is extremely dangerous. Having said that, sometimes, and be prepared for something very non-scientific here, horses (actually, animals in general) just do weird things once and then never do them again, or at least as far as the owner sees. Every vet has had cases where something odd has happened and then nothing could be found on physical exam, or despite numerous diagnostic tests. A random spooky episode, a mis-step that scared him, an off-chance arrhythmia – these are all equally likely possibilities for a one-time collapse that would leave no evidence on physical exam.

Until animals learn to talk and make our jobs so much easier, we are the ones who have to play detective to figure out what’s going on. Please explore some of the other aspects discussed above before riding again, both for the health of your horse and your own safety.