Q: I have been at my boarding barn for almost three years. Other horses rotate in and out for various reasons. I would like to try switching from the rotational deworming routine to the fecal count method. But can I when my horse is the only constant? 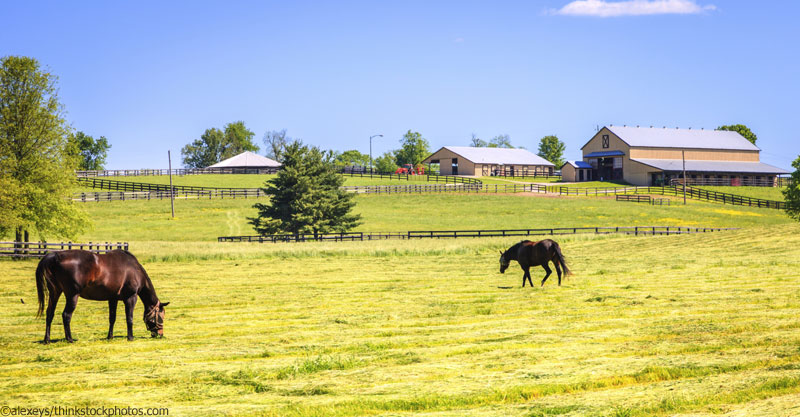 Q: I love this question because it’s so practical! How do you implement the strategic, individualized deworming recommendations in a facility such as yours? Let me lead off by saying that your local veterinarian is still your best resource for developing a parasite control program because he or she knows your horse, knows your barn, and knows your climate. But hopefully I can at least get you started down a better path.

I say “better” because you may not be protecting your mare as much as you think you are by sticking with a rotational deworming program that is approaching 50 years old! There are three reasons for this. First, I’m sure you’re aware that some parasites have developed resistance to several chemical classes of dewormers (meaning these products no longer work anymore so you’re throwing money down the drain while at the same time under the false impression that your mare has been effectively treated).

Second, by giving a dewormer every eight weeks you’re not taking into account the different egg reappearance periods (ERP) between the chemical classes, which can be four weeks, six weeks, eight weeks, or even 12 weeks. Therefore depending on the dewormer used, you may not be giving another dose of dewormer soon enough or you may be giving it too soon. Third, the life cycle of most parasites is seasonal and coincides with the grazing season in your area. Since egg-laying slows down when the environment is not right for hatching and maturing to the infective larval stage, there’s little reason to deworm at these times (typically the winter in the cold North and the summer in the hot South).

Moving on to fecal egg counts or FECs. According to the Parasite Control Guidelines published by the American Association of Equine Practitioners (AAEP), there are four reasons to perform these:

Notice that identifying the parasite burden of a horse is NOT a reason. That’s because fecal egg counts do not accurately reflect the amount of worms that a horse may be harboring. So “fecals” should NOT be used to say “well, this horse had 0 eggs per gram or 25 eggs per gram or even 50 eggs per gram which is minimal so he doesn’t need dewormed.” What fecals SHOULD be used for is to say “well, this horse had less than 200 eggs per gram which classifies him as a low shedder and if the farm is managed properly he only needs dewormed once or twice a year because he’s not contaminating his area on the farm.”

Keep in mind that to be classified as a low, medium, or high shedder takes multiple fecals, not just one, which is a good reason for repeating this simple, inexpensive test (and they make great holiday gifts, I might add).

Now for advice on putting all this technical information into practice where you board! Absolutely have several fecal egg count tests performed on your horse so that you know what classification–low, medium, or high shedder—she is. Next, work on getting buy-in on this better strategy to individually deworm horses from the barn owner, barn manager, trainer, other boarders, and anyone else whose opinion matters. Wouldn’t it be great to be able to identify a small herd of low shedders, turn them out together, and remove manure from their stalls, paddocks, and pastures on a regular basis so they could only be dewormed once or twice a year!

If that’s not possible (or not possible YET), then concentrate on one method at a time to prevent reinfection in your mare, whether it’s turnout with low shedders, manure removal, or only administering effective dewormers at appropriate intervals. Before you know it, everyone will be following your lead because ultimately, everyone wants the best for their horse!