Q: I’ve been trying to get my horse to stop when I say, “whoa.” Sometimes he acts like he understands what I’m saying, but most times he just keeps moving forward until he eventually slows down and comes to a stop. How do I get him to stop as soon as I say whoa? 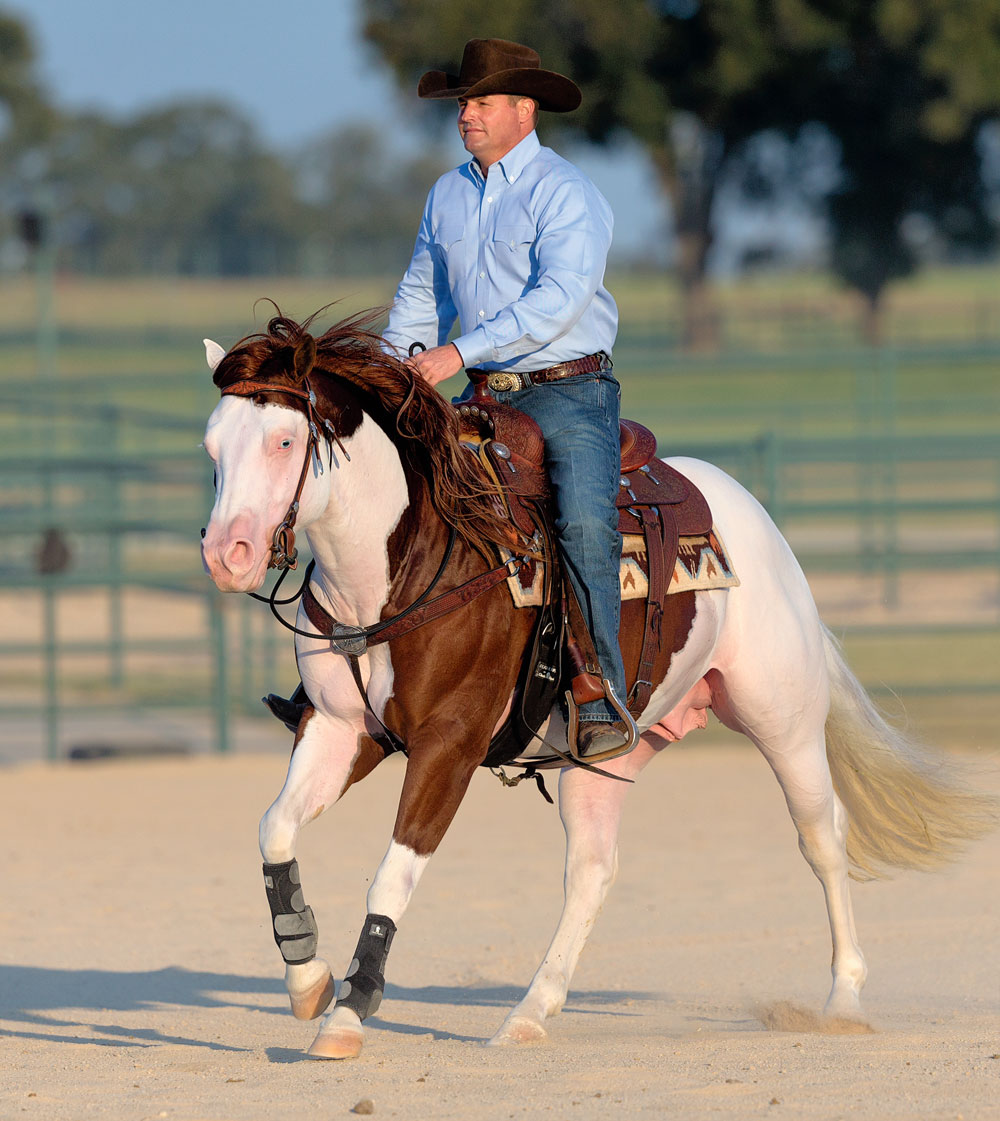 A: Whether you are in the arena or out on the trail, a good stop is important for overall control and your safety. To teach my horses how to stop on whoa, I use the steps below.

Put your horse on a loose rein and ride alongside the rail at a jog. Following the rail gives you a straight line to work off of without having to focus on steering your horse.

When you’re ready to ask your horse to stop, say whoa in an assertive voice and sit down deep in the saddle. Count to yourself, “one thousand one, one thousand two.” When you say whoa, you want all forward movement to stop immediately.

If your horse doesn’t stop by the time you’ve counted to “one thousand two,” bend him into the rail by picking up on the rein closest to the rail, and use your outside leg to drive him through the turn like you would for a rollback. Next, bend your horse around in several circles at the walk, using your inside leg to encourage him to soften his ribcage, hustle his feet and really put some effort into the bending circle. Then, jog him off in the opposite direction. You want your horse to understand that every time he doesn’t stop when you say whoa, you’re going to make him do extra work by making him put some effort into the bending circle. If you just let him lollygag around the circle, it’s not going to work very well. Don’t think, “Make the horse stop.” Think, “Give him a reason to want to stop.”

If your horse does stop within the acceptable time frame, let him rest for a minute and then gently bend him in a couple of circles toward the rail to reinforce softness before taking him off in the opposite direction. Horses are motivated by rest, so if you give your horse a rest when he responds to whoa, it will build an incentive for him to want to stop.

Establish a starting point for your training. Once you do, you can start expecting your horse to stop quicker every time. Let’s say that the first time your horse stops on his own, it’s within five steps of when you say whoa. That means for the rest of his life, he must stop within five steps of the word whoa, or there will be a consequence. Every time he improves, he creates a new standard for himself.

Once your horse understands the concept of the exercise at the jog, do the same thing at the lope. Again, do not let him go very far in between stops, especially at the lope.

Clinician Clinton Anderson owns and operates Downunder Horsemanship in Stephenville, Texas, where his method of horsemanship has helped to transform the relationship between thousands of horses and riders. He also hosts two training programs that air weekly on Fox Sports Net and RFD-TV. www.downunderhorsemanship.com.