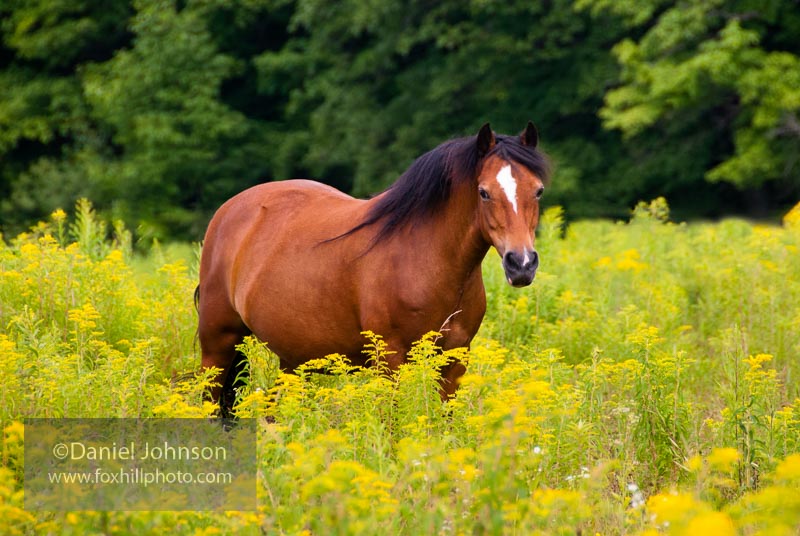 I woke up early this morning because Ruby was banging the wall in the next stall, just to annoy me. I made faces at her until she stopped. Then the people came and gave us our breakfast, and they fed me first, which means I’m the most important. (Pacing the stall a lot and crying helps ensure faster service, too.)

Then I led my person out to the pasture, and I got very scared because the wheelbarrow that is always there by the front door of the barn had moved six inches in the night, and that’s a very scary thing to be very scared of. Who knows why it moved?! Maybe it wanted to eat me. But my person didn’t understand and said I was being a silly pony. Silly human, I say.

I am an important pony, so I get a pasture all by myself, but I have buddies on the other side of the fences. One of them is Summer; she’s taller than I am but not as smart. I played with her for a while, running up and down the fence line. Then I got tired of playing so I ate grass. I ate for a long time, until my person came back to take me home to the barn. Then I ate hay and now I’m going to bed.

You probably can’t tell, so I’ll spell it out for you: I don’t like the new pony.

The people put her in MY pasture. MY pasture, the one I get all to myself because I’m so important. Now I have to share a pasture like everybody else. I made sure the new pony knew I didn’t like it–I made faces at her and tried to kick her when she got too close to MY grass. She spent most of the day standing at the gate telling the people to come back and put her in the barn.


Today it was very buggy outside. The bugs kept annoying me. My poor tail got so tired because I flicked it around so much, and it still didn’t help my face because my tail’s not long enough. So I went and stood at the gate, next to the new pony (her name is Goldie), and we both told the humans to come and put us in the barn.

Then after a while Goldie turned around to eat the grass, and the next time she swished her tail it swished right over my face and made all the flies go away. That felt nice. So we went out to graze, and she swished my face with her tail and I swished her

face with my tail.

She was eating MY grass, but I let it slide.

So maybe I like the new pony after all.

Featured Video: We Wish We Were as Energetic as This Mini...