I’ve decided to set some goals for myself. I think you’re supposed to do that on New Year’s Day, but I was too busy that day – a crow flew into my pasture and I had to chase him away. And I kind of just forgot, too. So I’m doing it now.

First off, I’m not going to gobble my grain anymore. I take great big mouthfuls and it’s all gone in a minute, so I hardly even get to enjoy it. So I’m going to live more “in the moment” and take it slow.

Secondly, I’m going to be nicer. Not that I’m not nice NOW, but I suppose I could do a LITTLE better. I could share my hay with Goldie, for one thing, and I suppose that crow wasn’t really hurting anything – I could’ve let him poke around in my pasture for a little while.

Finally, when the Big Tall Human Who Trims Our Hooves comes, I’m not going to lean on him anymore. Usually I get tired just standing there doing nothing, so I use him as a support. He doesn’t like it much, so I’m going to stop. 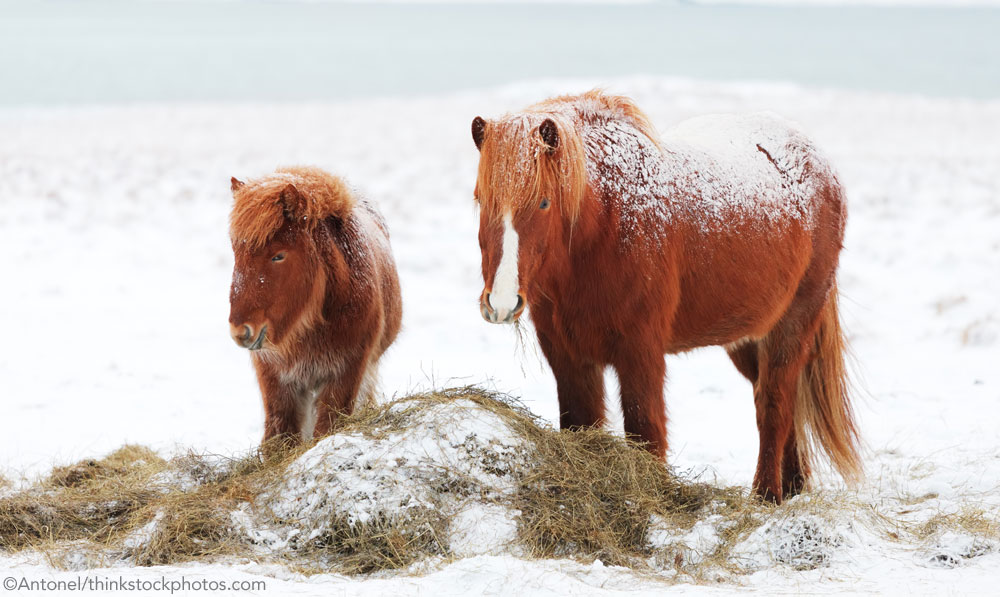 Today I was all set to eat my grain slowly. I had it all planned out in my head, how I was going to savor every bite and all the other ponies were going to be jealous when I was still eating after they were all finished. But when my human came in and gave me my bucket . . . something happened.

I didn’t just gobble, I devoured it.

I’m so ashamed, but what else could I do? I just suddenly got this overwhelming feeling that Something was going to sneak up behind me and eat ALL my food before I could! I just had to eat it as fast as I could so Something wouldn’t get it!!

You understand, don’t you?

P.S. I asked the other ponies if they were going to set goals for themselves. Ruby says she doesn’t need to; she’s already perfect.

Good news! I actually met one of my goals! I was nice to Goldie today.

We got our hay outside and I let her eat almost half of it. Wasn’t that generous of me? She kept looking at me kind of suspiciously while we ate, as if I was going to jump at her, but I didn’t.

I’m such a nice pony.

I just leaned on him while he trimmed my left front hoof, my left back hoof, my right back hoof, and my front right hoof. His back is just at such a nice level for leaning on! I couldn’t help myself. And he doesn’t really mind that much, after all, I’m just a teeny-tiny pony, and he’s used to getting leaned on by great big horses.

Besides, I decided that Ruby has a point. What’s wrong with the way I am? I don’t need improving.

My new goal is to be happy just the way I am.