Home Equestrian Lifestyle Horse Humor Diary of a Pony: On the Trail 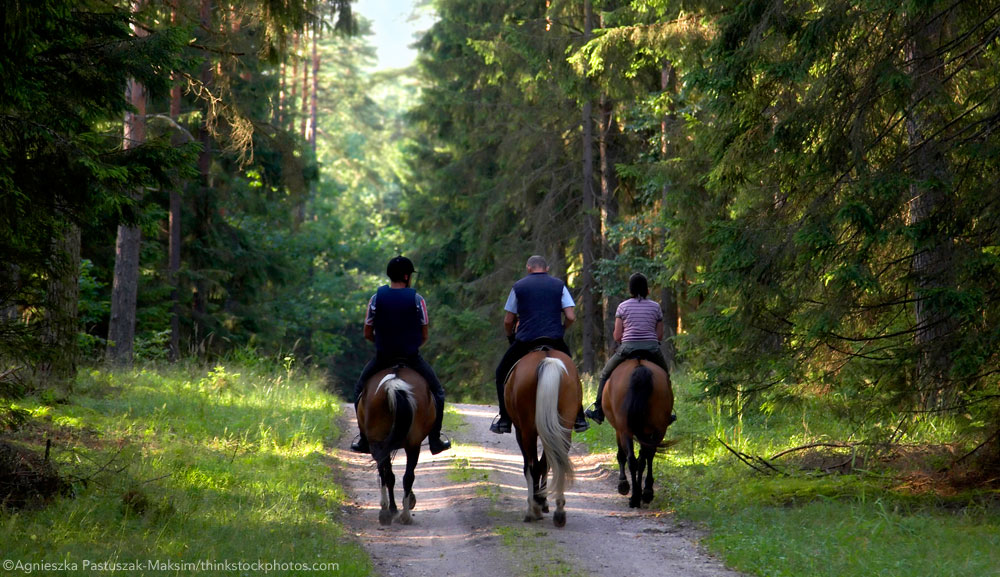 The humans are making plans.

I don’t like it when the humans make plans.

It usually means a horse show, or a bath, or a trip to the vet, or a new pony … not really bad things, just the sort of things that throw a monkey wrench into my very scheduled schedule.

I know this one isn’t a trip to the vet, at least. We’re all happy and sassy and fit as fiddles. (Why are fiddles more fit than anything else?) And we already went to a horse show this year. And we aren’t expecting a new pony, or a bath…

We’ll see what they’ve got up their sleeves.

We found out what the plans are! The humans are taking us on a trail ride!

None of us are very happy about this whole thing. We’ve gone on trail rides before, and something scary always happens, sooner or later.

Ruby said the last time she went on a trail ride, she saw a dog, and it barked at her. Goldie said she was scared by a bunch of whitetail deer jumping into the path. Baby Amos said he saw a moose once on a trail ride, but then Mati told him he’s never been a trail ride, so he must have been fibbing.

Summer said she’s been on hundreds of trail rides, and she’s never been scared by anything. She says she’s the bravest pony ever, and she wouldn’t spook even at a moose.

At least, I hope so. I don’t want to be a cowardly pony, and I know there are scary things out in the woods that I would be afraid of. 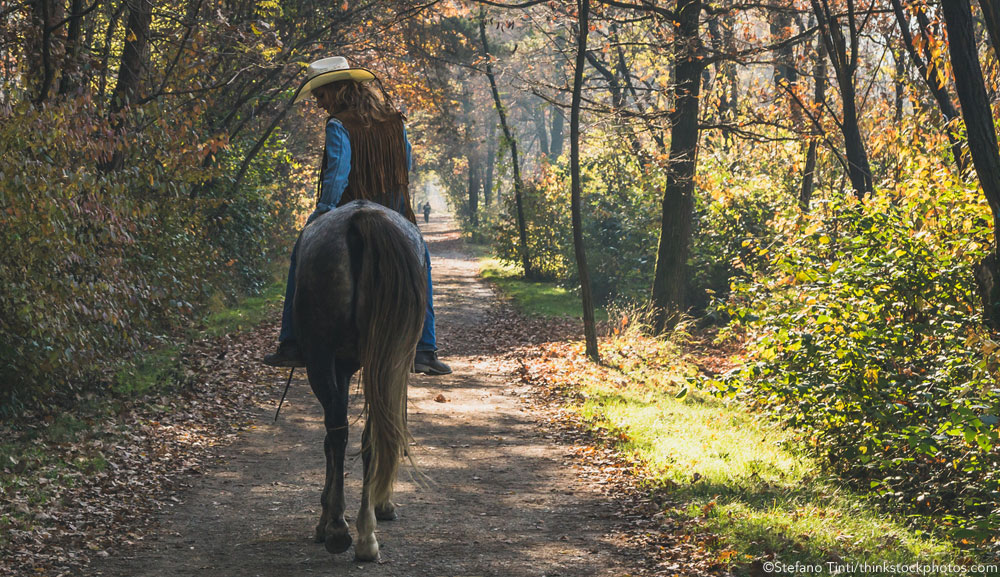 Today’s the day. Wish me luck.

Wow, I slept so late this morning! I didn’t wake up until the humans brought my breakfast!! (Ruby said I was snoring. But I never heard it, so she’s wrong.) I guess I was tired after that trail ride yesterday.

First we all got suited up in our western saddles and bridles. I felt like the coolest cow pony ever. We headed out on the trail and we went through the beautiful forest with all the autumn leaves. We saw a stream, and birds, and two little green frogs. We had to be careful not to step on the frogs.

The humans chattered the whole time about human things… cell phone signals and new boots and some kind of expensive tack called ‘tackses’. (I wonder if it’s western or English?) And we ponies chattered about really important things like flies and new shoes and how our different-colored saddle pads looked good with our coats. (Mine was blue, and I looked ravishing.)

But the really exciting thing happened on the way home. We were turning a corner and all of a sudden there was a noise like a tractor right next to the path! I was startled, but not really scared, because I saw immediately that it was a bird that made the noise. Goldie wasn’t scared either, but Summer was! She started snorting and backing up, and her human had to talk really nicely to her before she would calm down. Then she saw the bird, too, and that made her feel better.

The humans said the bird was a ruffed grouse that was drumming. I didn’t know they had musical instruments in the woods. That’s good to know. We were almost back to the barn before Summer would say anything about it, and all she said was, “I wasn’t really scared. I just didn’t like it.”

I didn’t say anything. Neither did Goldie. We just nickered at each other. So much for Summer not even spooking at a moose. 🙂

P.S. I can’t wait for my next trail ride!