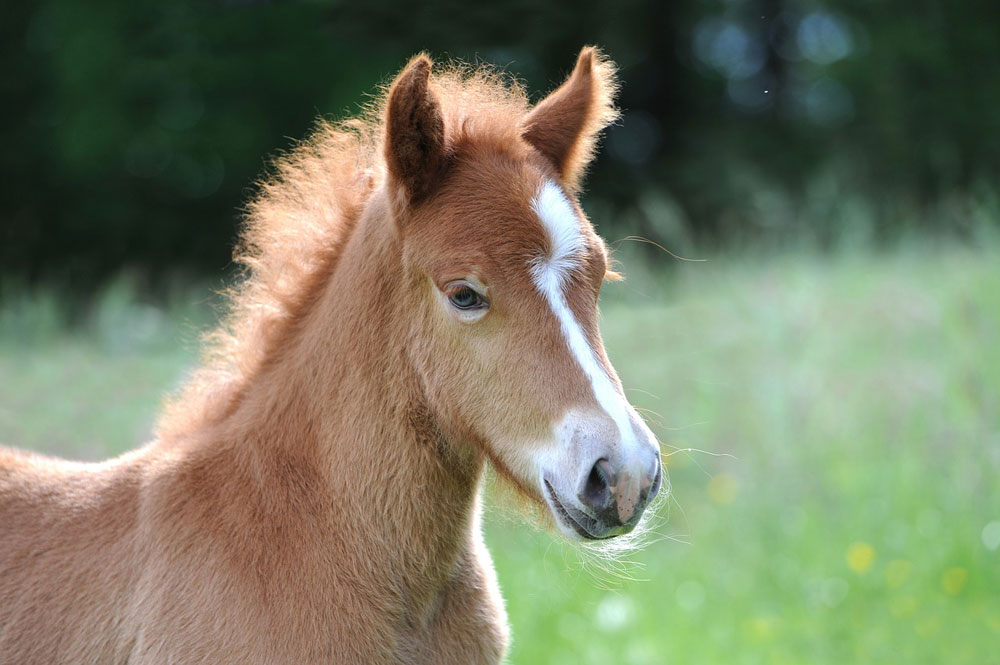 It’s summer! And that means that it’s baby season! There are babies everywhere around the farm–birds, squirrels, and more! Other than babies, not much has been going on around here lately. The pastures are full of super-delicious, extra-juicy green grass, and I’ve been enjoying every bite.


Summer is a great time to be a pony!

P.S. Summer (the pony) is reading over my shoulder and she thought I wrote “Summer is a great pony.” Now she sees I didn’t and so she’s mad.

Well, not exactly a fairy. A killdeer bird built her nest in my pasture earlier this spring and today her eggs hatched! The mama bird said I could be the godmother, because I’ve been so very careful not to step on her nest all spring. The babies are so cute!! Tiny and spindly-legged and fluffy. They’re not scared of me at all. 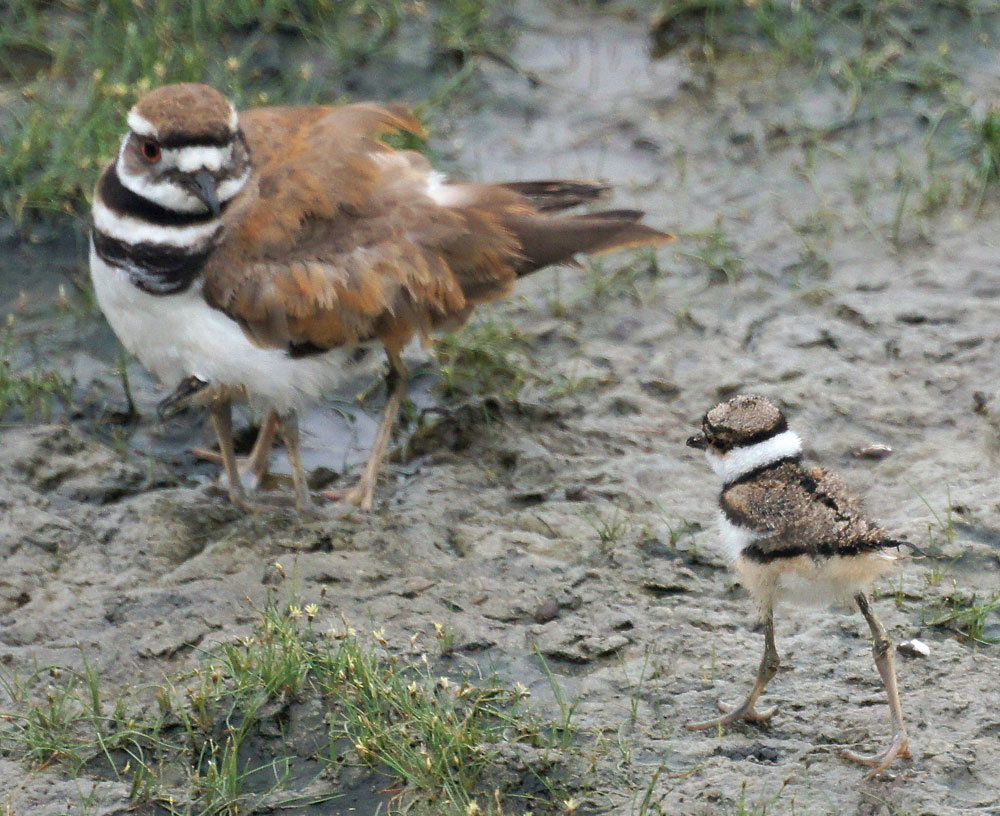 Baby Killdeer with Parent by Mike’s Birds on flickr/CC BY-SA 2.0

I think baby birds are definitely the cutest babies around.

Today Goldie and I saw a FAWN! The mother deer brought it right through our pasture on the way to the woods. Of course, she asked us politely first, and we said “sure, trot that adorable little ball of fluff on by!” So she brought him out of the bushes, and we oohed and aahed, because he was so wobbly-kneed and wide-eyed. He stayed right next to his mother the whole way. A very well-behaved baby. 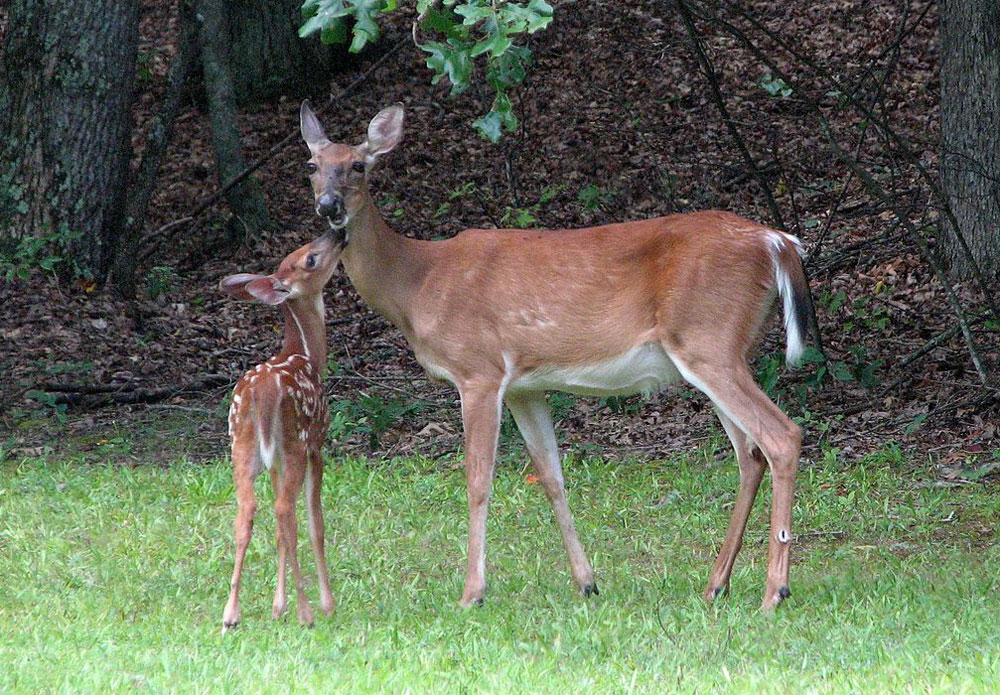 By bobistraveling CC BY 2.0, via Wikimedia Commons

Ruby said it certainly couldn’t have been as nice or as well-behaved as any of her babies ever were. I think she’s just jealous.

Today I’ve been thinking a lot about my own babies. I’ve had a few over the years, and they’re all grown-up ponies now (no, I’m not crying, I’ve got hay in my eye). My prettiest was probably Blondie, my little palomino girlie, but my most famous is undoubtedly Roy. He’s a jumper, and he’s been to horse shows all over the country. His human loves him very much, and I’m so happy he’s successful. It’s nice to see your children win at life.

I’ve been taking a vacation from raising babies for a few years. It’s a difficult job, keeping your kids from eating the wrong thing (like food from MY bucket) and teaching them how to blow through their noses when there’s danger in the air. You have to keep your eye on them 24 hours a day, but it’s all worth it when they become national jumping stars or local beauty queens.

I love my babies!

P.S. Once I tried to convince one of Ruby’s babies that he needed to come live with me and be my foal, but Ruby wouldn’t let him.

I was a brave pony today!

I was minding my own business eating my grass, and then I heard a noise in the woods. I looked up and I saw a huge black THING going through the trees, followed by a littler black THING and I didn’t know what they were at first–

But then I realized they were BEARS. 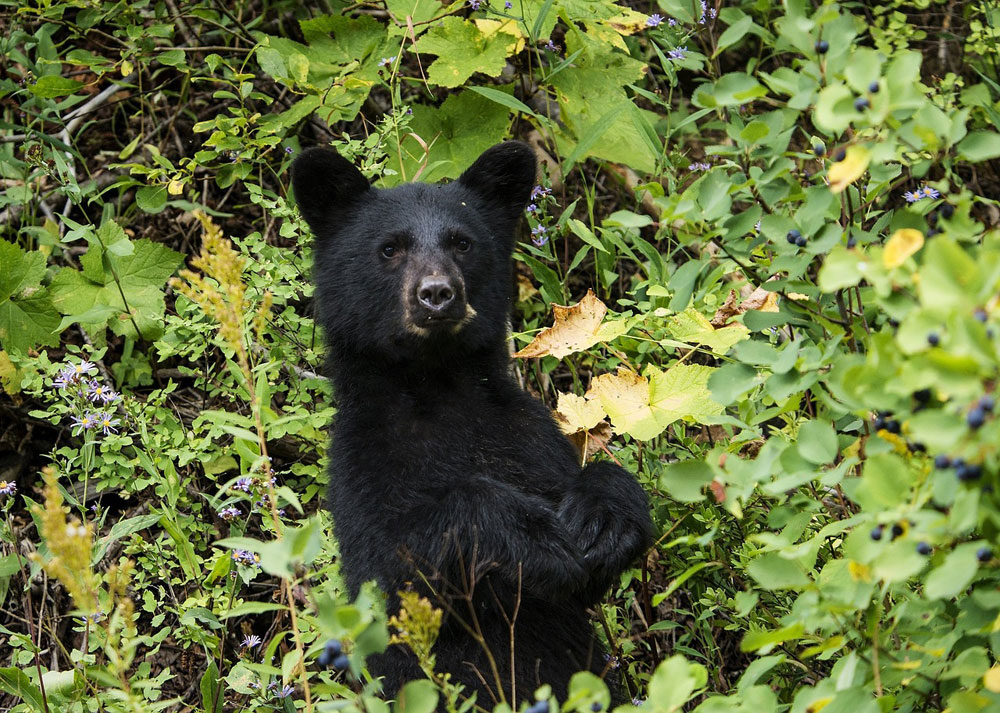 I ran as fast as I could to the other end of the pasture, not because I was scared of course, but because somebody had to protect the killdeer nest. Who knows, bears might eat killdeers. So I stood over it and told the babies to stay beneath me in case of flying claws.

But the bear and her cub didn’t seem too interested in us, THANK GOODNESS, and they wandered off in the other direction. Just the same, we ponies stayed far away from the woods. We weren’t scared. We just don’t like the way bears smell; they smell all hairy, and black, and huge.

Haven’t I had a busy few days??

P.S. On the cuteness scale of 1 to 10, I’d say the baby bear was about an 8. Cuter than a killdeer, but not as cute as my own sweet babies. They’ll always be cutest to me.

Season’s Greetings from the Stable