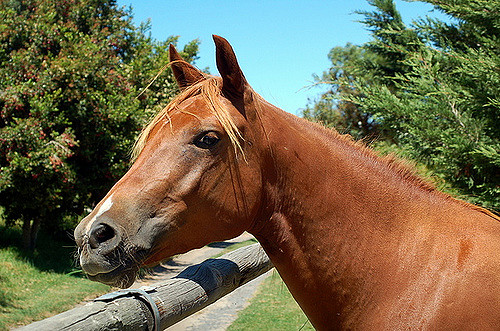 I’ve made a very important lifestyle decision. I’ve decided that it’s boring to just write down what I do every day in my diary, so I’m switching things up. From now on, I will only write in poetry. Poetry is this really awesome kind of writing where everything rhymes. Humans like it because it makes them feel smarter when they read poetry than when they just read ordinary old writing, and I figure I’ll be SUPER smart if I actually WRITE poetry!

Here’s my first poem. I thought it out today while I watched a killdeer build her nest in my pasture. I call it “Killdeer.”

She makes her nest

And it’s the best.

I’m calling this poem “A Day in the Barn”.

The humans came to groom our fur.

If we were cats we would have purred.

I got a sugar cube and sucked it,

Summer got mad and broke her bucket.

And good for you too.

P.S. I don’t like this kind of poem as well as the kind that rhymes. This one sounds just like regular writing chopped up.

Today I wrote an EPIC poem. An EPIC poem tells about very brave people and the super brave things they do, but my EPIC poem is about a brave pony. The title of my EPIC is, The Mareyliad.

Of a pony who searched for a golden bale.

This bale was magic, the size of a barge,

It could feed fifty horses if none were too large.

And this brave little pony, so cute and so true,

Set out to get it and bring it home, too.

And Marey was clever, she knew what to do.

She brought home the bale to her family—it’s true!

“You did it!” They cried as they gave her high-fives

“It was the bravest thing we’ve seen in all of our lives!”

So they all spent the rest of their days eating hay.

Writing poetry is hard stuff. It makes me hungry. It makes me especially hungry for hay. Goldie says this is called “writer’s block” and that I should eat hay to cure it.

I don’t think I’m going to write a poem today,

I’m just going to go out and eat some more hay.

(Oops! That rhymes! Maybe I don’t have writer’s block after all? I think I better eat hay anyway, just in case….)

Vet Adventures: 30 Acres and a Donkey