Hooray! Winter is almost over! The snow is melting! Soon there will be GRASS!

It’s no secret that I don’t like winter. You have to dig and dig and dig and dig to get to the grass, and then the little grass you find is old and brown, not tasty and green. And you have to be careful where you walk so you don’t go up to your knees in snow. And it’s COLD. I’m always so glad to come into the nice warm barn at the end of the day.

But now it’s spring, and I’m glad to be out in the nice warm world instead. So are the other ponies. We’ve been spending the days napping in the sunshine, and there’s been very few arguments in the pasture lately. Even Ruby is in a good mood.

Yours in springlike satisfaction, 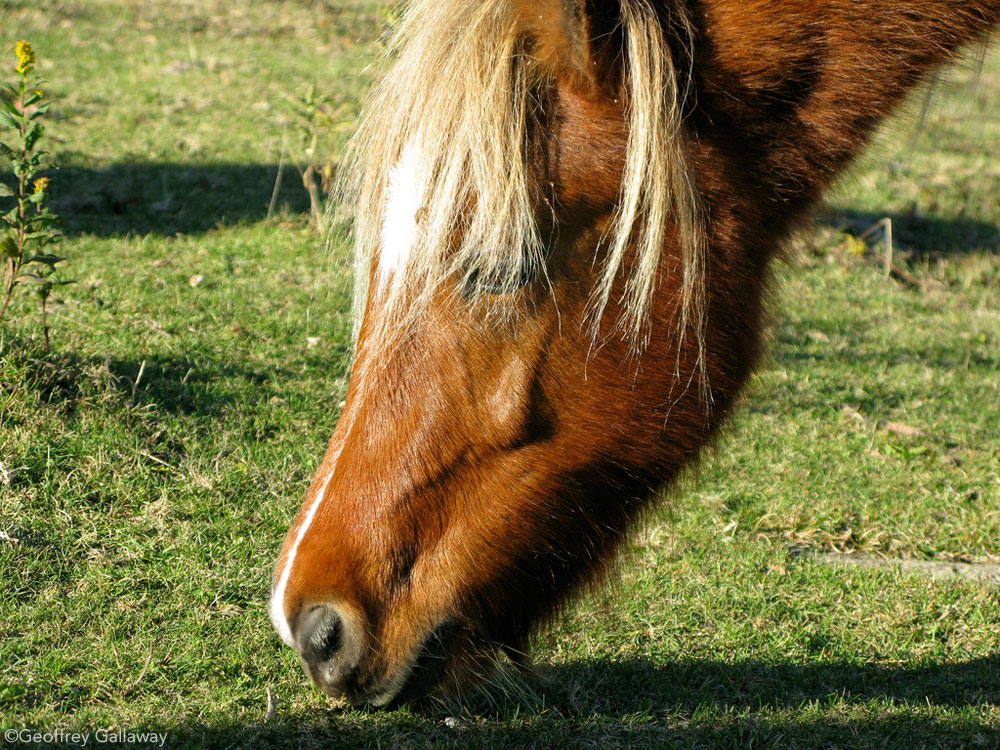 I’m a little worried today. The weather’s been so nice the past few days, but this morning we woke up and the humans took us outside (I was a little excited and pulled a teeny bit – I was so eager to be out!) and then we realized that the sky was gray and icky-looking. SNOWY-looking!

Goldie and I were very upset, and so was Summer, and Linny and Lili. Ruby said she’s been expecting more snow for days and the clouds don’t surprise her at all because obviously winter isn’t over in the middle of March. Linny told her to be quiet, it won’t snow, it can’t snow, not when it’s been so nice. That made me feel better. I’m choosing to believe Linny over Ruby.

Just wait and see. There won’t be any snow tomorrow, none at all.

This morning when we went outside Goldie changed the words. Goldie sang, “No, no, no, no, snow!”

There’s at least six fluffy inches on the ground and more coming. I sat and sulked beside my gate all day.

I told my human I didn’t want to go outside today. She just patted my nose and told me to come on and stop dawdling.

“Don’t worry, Marey. It’s gonna go up to fifty degrees tomorrow, and all this fluffy stuff is gonna melt away before you know it.”

I don’t believe her. She’s the one who told me two years ago that the wheelbarrow isn’t anything to be scared of, even though I know very well it IS.

I feel a little silly about getting so fussed about the snow when it didn’t last that long. I guess I need to chill (haha!) about the snow. After all, spring ALWAYS comes–it’s never failed us yet.

Now I’m going to sleep because we’ve got big plans for tomorrow. Goldie and I are going to have a spa day and take mud baths.


P.S. Now if only I could find a way to keep winter from coming again…

Diary of a Pony: On the Trail