Over the past fifteen years, fans of Thoroughbred horse racing have had the good fortune to watch dozens of champion horses showcase their talent at racetracks across the United States. While they have all been amazing to watch, some have garnered huge followings of dedicated fans, even drawing attention from horse enthusiasts and sports fans who don’t normally keep a close eye on Thoroughbred racing.

To celebrate some of these fan favorites, let’s take a look back at some of the most memorable racehorses from the last fifteen years! From “A”(merican Pharoah) to “Z”(enyatta), which of these Thoroughbred racehorses is your favorite?

“The 37-year-wait is over! American Pharoah is finally the one! American Pharoah has won the Triple Crown!” The famous words of announcer Larry Collmus still reverberate for those that witnessed American Pharoah win the 2015 Belmont Stakes and sweep the elusive “Triple Crown,” a feat that hadn’t been achieved since 1978. The amazing colt went on to win the Breeders’ Cup Classic—arguably the most prestigious race in the United States—to become the first-ever “Grand Slam” champion, securing his place in history and in the hearts of racing fans.

This California-bred with an obscure pedigree didn’t seem destined for greatness early in his career, but rose from humble beginnings to win the 2014 Kentucky Derby and Preakness Stakes, capturing the attention of horse fans everywhere. While he famously fell short in his bid to win the Triple Crown, California Chrome is still racing today and has reached greater heights than ever before, becoming the highest-earning U.S. racehorse in history. He’s currently unbeaten in six races this year and will put his winning streak on the line in the November 5th Breeders’ Cup Classic.

Before Rachel Alexandra came along, no filly had won the historic Preakness Stakes since 1924. That all changed when Rachel Alexandra burst on to the racing scene, dominating fellow fillies and routinely challenging colts with unprecedented success. After defeating Kentucky Derby winner Mine That Bird in the 2009 Preakness, Rachel Alexandra conquered Belmont Stakes winner Summer Bird in the Haskell Invitational and then won the Woodward Stakes against older male horses, the culmination of a perfect 8-for-8 season. Yet her most iconic performance might have come against fillies in the Kentucky Oaks, a race that she won by an astonishing twenty lengths!

Back in 2004, Smarty Jones seemed like the horse that would end the Triple Crown drought when he scored convincing victories in the Kentucky Derby and Preakness, winning the latter by a record-breaking 11 ½ lengths. His story was made for TV; Smarty Jones hailed from a small farm in Pennsylvania called Someday Farm, and he had overcome skull and eye injuries suffered during a training accident as a two-year-old. Although Smarty Jones ultimately fell short in the Belmont Stakes, finishing second to Birdstone, he performed admirably in defeat and earned a huge fan base along the way.

Few racehorses have ever seemed to exude as much charisma and personality as Zenyatta, the giant mare who stands more than 17 hands tall and thrilled her fans by winning races with last-second rallies from the back of the pack. Known for “dancing” on her way to the starting gate, Zenyatta won the first 19 races of her career—including a historic win against male horses in the 2009 Breeders’ Cup Classic—before finishing second by the narrowest of margins in the 2010 Breeders’ Cup Classic. She remains a fan favorite to this day, and her first two foals to reach the races—Cozmic One and Ziconic—have been popular as well. 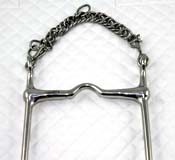